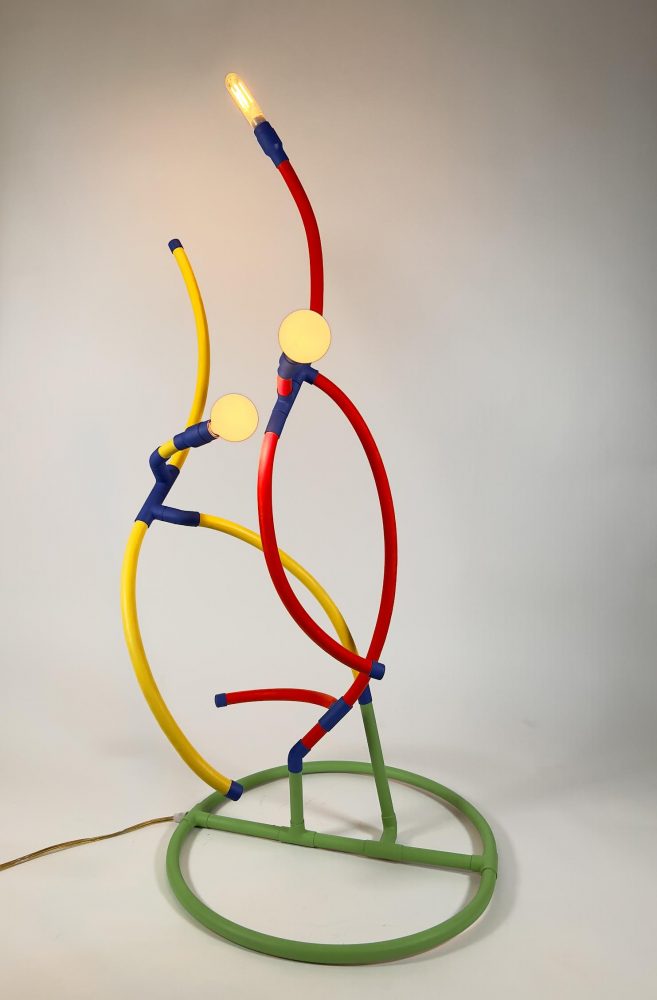 The show will kick off with an Opening  Champagne Reception at The Loft at Liz’s above Liz’s Antique Hardware located at 453 S. La Brea Ave. The gallery features works in all mediums by artists from around the world.   The show continues from October. 8, 2022 through Jan. 24, 2023.

Edery’s sculptures and stained glass pieces are created in the spirit of Memphis, an International Art and Design Movement of the 1980s characterized by bright colors, abstract design and bold forms. A sculpture turned into a light stand or a painting turned into a rainbow of color in glass — to Edery, Memphis has always been a source of life through its color and free form.

“Wherever there is light, there is color and form, thus there is life. The eccentricity of Memphis is a source of enlightenment, a smile at life,” Edery said.

Edery, an avant-garde artist, studied film and sculpture at the San Francisco Art Institute where he earned a Master of Fine Art degree and taught for many years before moving to Los Angeles to continue his artistic endeavors. As a Renaissance man, he has directed, written, produced and performed in films as well as multi-screen-performances, while continuing his work in mixed media such as stained glass, metal and photography.

As a filmmaker he is a voting member of the Directors Guild of America (DGA) and the British Academy of Film and Television Arts, (BAFTA). He has worked in North and South America, China, Africa and Europe. He has worked with Artists such as Willem Dafoe, Dennis Hopper, Malcom McDowell, Prince, Sofia Coppola and Debbie Allen.