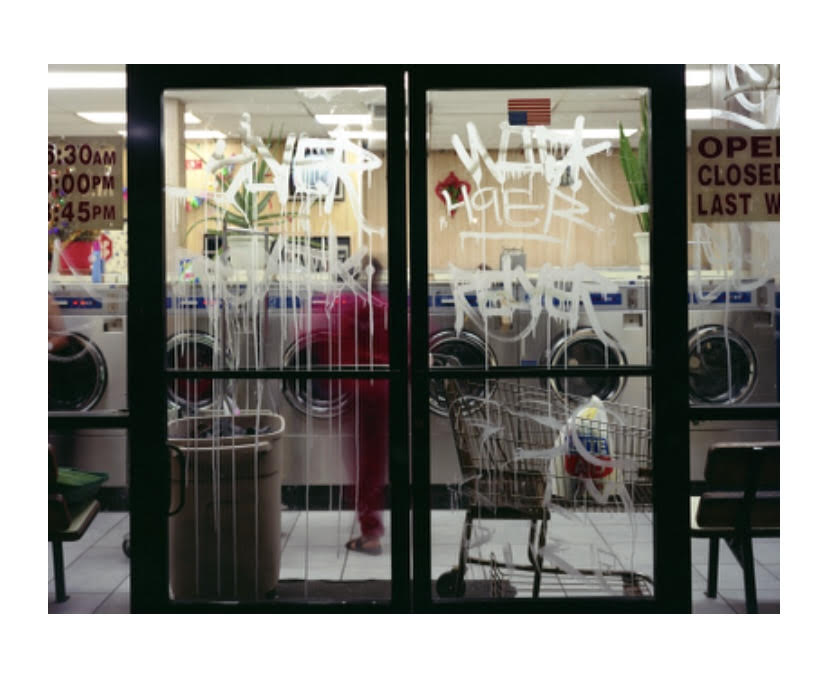 Christina Fernandez, Lavanderia #1, 2002. From the series Lavanderia. Courtesy of the artist and Gallery Luisotti, Los Angeles.

UCR ARTS presents the premiere of Christina Fernandez: Multiple Exposures, the first extensive survey of work by the Los Angeles-based artist who has spent decades in a rich exploration of migration, labor, gender, her Mexican American identity, and the unique capacities of the photographic medium itself. The exhibition will be on view at UCR ARTS’s California Museum of Photography from September 10, 2022–February 5, 2023. An opening reception will take place on October 1, 2022 from 6–9 p.m.

Fernandez is an artist and educator acclaimed for photographs that examine her connections to her native Los Angeles, the intersections between public and private spaces, personal and historical narratives, exurban and urban spaces, and the cultural border and historical relationships between Mexico and the United States. “Christina’s photography has been well-known throughout her long career, especially by its inclusion in major group exhibitions such as LACMA’s Phantom Sightings and the Smithsonian’s Our America,” says exhibition curator Joanna Szupinska. “In this pivotal moment, we’re happy to present this major solo exhibition that firmly centers her work amidst the complex relationship between postmodern art and the Chicano movement.”

The works in this exhibition span thirty years, bringing together Fernandez’s most important series and illuminating the formal and conceptual threads that connect them. In this comprehensive solo exhibition, Fernandez’s images compel viewers to reconsider history, the border, and the real lives that cross and inhabit them.

“Christina’s photography powerfully engages that which has been written out of history or rendered invisible in day-to-day life,” says curatorial advisor Chon Noriega. “She does this not by offering a compensatory image, but by returning the viewer to the act of seeing itself. We see domestic spaces and work sites, but no people; or we encounter centuries of silenced histories in the form of the artist’s own body.”

The exhibition is organized in four sections. It commences with the project María’s Great Expedition (1995–96), an installation that chronicles key moments in the life of the artist’s maternal great-grandmother, María Gonzales. The artist poses as the subject in photographs that mimic the history of photography: from Hollywood glamor, to American Depression-era documentary, to the color snapshot.

The second section features Fernandez’s most recognizable series, Lavanderia (2002–3), consisting of carefully composed color night views into laundromats on Los Angeles’s Eastside. All ten photographs from this iconic series are being displayed together for the first time. These cinematic compositions are paired with the black-and-white works that inspired the title of the exhibition, Untitled Multiple Exposures (1999).

A final section presents photographs from Sereno (2006–10), a series created during the years when Fernandez was the mother of a young child. During this time she evolved her artmaking into a peripatetic practice, making photographs with a medium-format camera during daily walks with her son around El Sereno—their predominantly Latinx neighborhood—with the baby strapped to her in a carrier. The exhibition concludes with American Trailer (2018), a reflection on life in the Trump era.