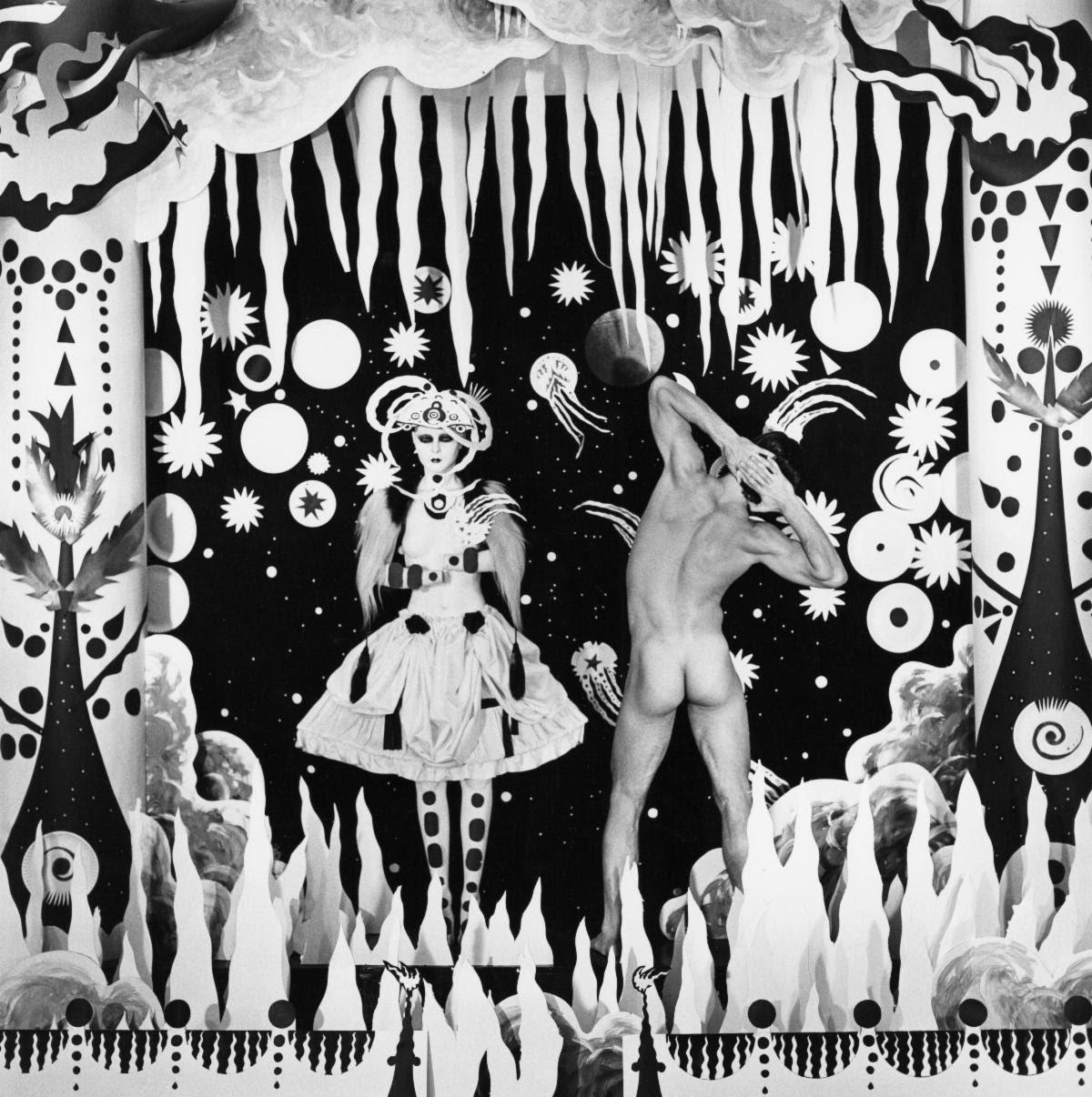 The Fahey/Klein Gallery is presenting Theophanies, an exhibition of works by multidisciplinary California artist Steven Arnold. The exhibition has been curated as a limited retrospective of Arnold’s surrealist tableau photographs, supported by a small selection of drawings, paintings, sculpture, and films. Theophanies features previously unseen photographs and includes an installation inspired by Arnold’s elaborate Los Angeles-based Zanzabar Studio. The show runs August 11 through September 24, 2022 with an Reception on August 11th, 7 – 9pm.

Realized between 1981 and 1993, Steven Arnold’s tableau photography represents a confluence of his myriad other disciplines. This modality allowed him the freedom to fully realize his cinematic visions without outside influence or compromise. After sketching storyboards inspired by his dreams, a habit from his filmmaking days, Arnold would craft his tableaus using cardboard, seamless paper, metallic and patterned fabrics, cut paper, paint, and selections from his obsessive collection of antiques, costumes, make-up, and dime store finds. Finally, he would dress, paint, and pose his models within his tableau, bringing his vision to life, then captured with his Hasselblad, often utilizing multiple exposures.

Born in Oakland, CA, in 1943, Arnold’s creative eccentricities were encouraged early on. At a young age he built sets, designed costumes and props, and began performing visual spectacles in his attic. His artistic pursuits led to a BFA in Painting and an MFA in Photography from the San Francisco Art Institute. His education included study abroad at the Ecole des Beaux Arts in Paris, after which he travelled throughout Europe with a group of friends while experimenting with LSD, making art, and studying Eastern spiritual traditions — a time the artist recalls marked his transformation into a “celestial being”.

Arnold made four short films while at SFAI. The premiere of his third film Messages Messages led to the creation of the Nocturnal Dream Shows, the first Midnight Movie showcase in the country, for which Arnold curated films and drew posters. The Dream Shows also introduced the influential underground performance troupe The Cockettes. Arnold’s feature-length film Luminous Procuress, also featuring the Cockettes, won International recognition and led to his role as a protégé of Salvador Dalí, later being dubbed a “Prince” in Dali’s “Court of Miracles”, and helping the maestro complete his museum in Spain.

Steven was a proud, prominent member of the LGBTQ community years before this moniker became part of our common vernacular, and sadly died of AIDS in 1994. Most recently, he is the subject of a documentary, Steven Arnold: Heavenly Bodies, co-narrated by Anjelica Houston and Ellen Burstyn.

His works are in the collections of the Whitney Museum in New York, the Tang Teaching Museum in New YorFrankfurter Kunstverein in Germany, Cinematheque Francaise in Paris, the Berkeley Art Museum/Pacific Film Archive, the Los Angeles County Museum of Art, the ONE National Gay and Lesbian Archive and Museum in Los Angeles, and the Cincinnati Art Museum.