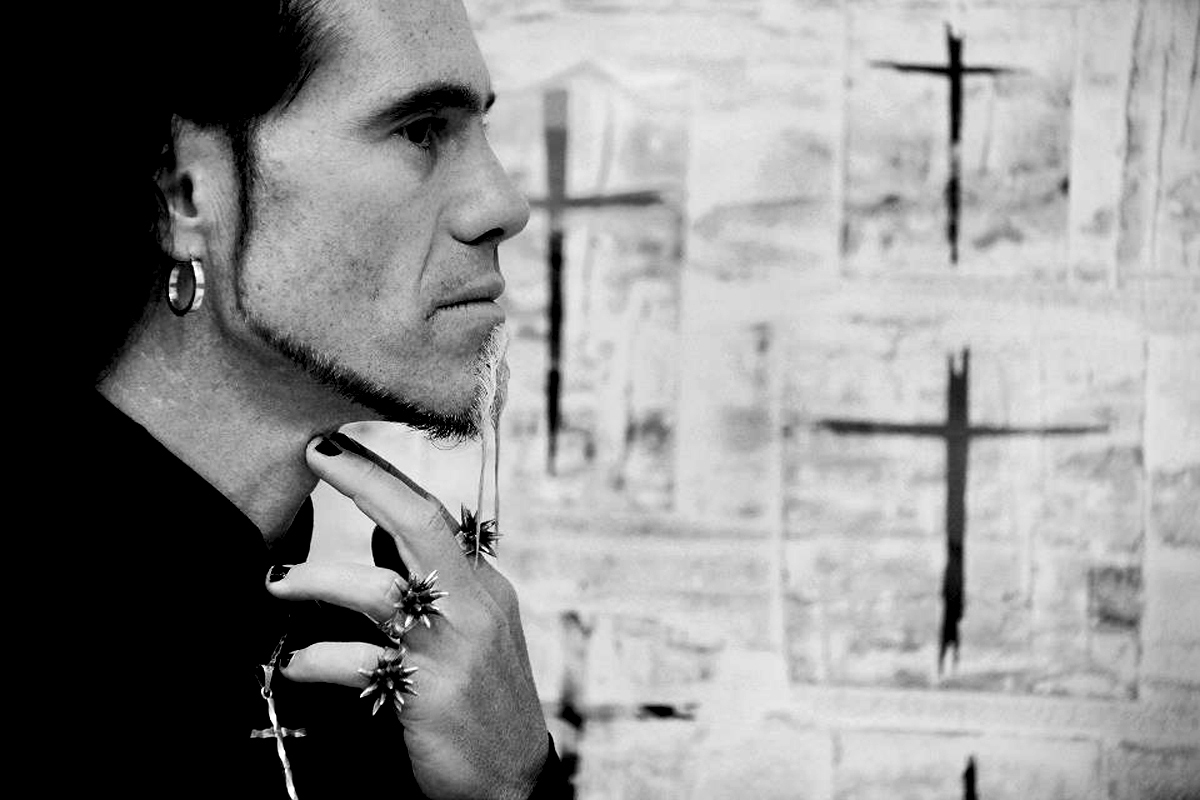 SUNSHINE DEATHMASK L. A., curated by Jim Budman,  is a darkly alluring ride through the artists’ So. Cal experiences of wildfires, gun violence, riots, slides, and personal rage against the false elements of Hollywood.

Found and/or “resurrected” objects such as surfboards and wetsuits, stringed instruments, boat portholes and propellers, vintage doors and windows, scrap steel, et al are subject to sculpture by guns, fire, long exposure to rain and sun, power tools, muscle power, dragged behind cars, or soaked in the Pacific Ocean for decomposition. The distressed objects are sculpted further, re-assembled then layered in paint to frame Williams’ poems within paintings, photography, collage, and video, on yet more reclaimed material.  If the appropriate frame cannot be found, it will constructed from as many reclaimed objects as possible.

Williams’s bullet riddled surfboard series tell a powerful story: “One evening I was painting in my studio in Venice Beach.  I took a break, stepped outside the door and was held up at gunpoint by five men. A wave of realization hit me: I could very well pay the ultimate price for creating art and surfing in L.A.—in an instant I had an immediate connection to all the unsuspecting people I read about and seen on t.v. who have suffered from random acts of violence.”

From that harrowing experience, Williams learned to use a firearm: “Between my own experience and stories about serial killers like BTK or L.A.’s own Richard Ramirez, I realized that a line needed to be drawn—there would be more than a cell phone in the studio to protect my wife.  Then I realized I could use a gun to sculpt with and tell my story.”  The bullet riddled surfboards draw other victims of violence in conversation with the artist.  “It really is amazing to meet people and hear their near death experience stories due to violence.  We connect and empathize with each other in a powerful way.  When someone tries to take your life you feel isolated, like you were singled out; it’s a terrible feeling to live with.  By talking and connecting with others who have been through that hell, it’s still haunting but far less painful.”