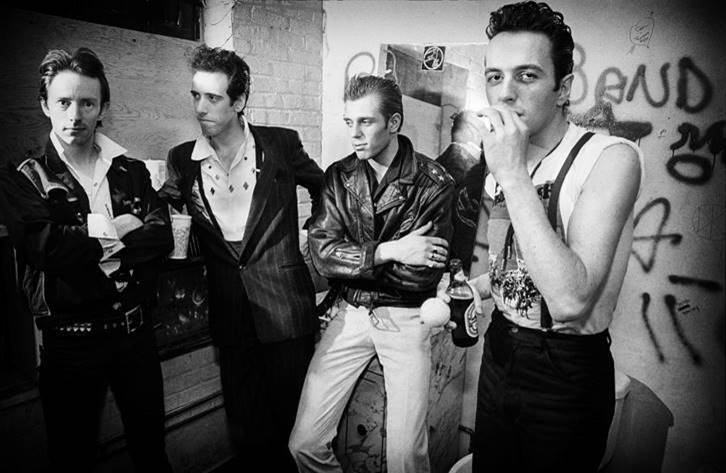 “Days of Punk,” Los Angeles-based photographer and director Michael Grecco’s multi-media solo exhibition celebrating punk music and culture, will open on Saturday, February 4 at MOAH:CEDAR in Lancaster, CA with an artist’s reception from 4-6PM. The show is presented in partnership with the Lisbon, Portugal-based production firm Terra Esplendida. It will run through March 19, and marks the first time the “Days of Punk” museum exhibition will be on the west coast of the United States. The show originally premiered with a special public installation at the international photography fair Photo London in 2021, and is currently touring in the U.S. and Europe.

The photographs featured in the exhibition date back to the late ‘70s through the early ‘90s, when Grecco documented the nightclub and concert scenes in New York and Boston as punk roared into the U.S. He was working as an Associated Press photographer, lensman for legendary rock station WBCN-FM, and was a self-described “club kid” who had a unique opportunity to embed himself into this revolutionary scene as both a chronicler and a participant. Grecco captured for posterity a riotously outspoken time in pop culture history, with all its raw energy and outrageous antics.

On view at MOAH:CEDAR will be Grecco’s photographs of artists including Adam Ant, B-52s, Billy Idol, Bow Bow Wow, The Clash, Dead Kennedys, Devo, Human League, Human Sexual Response, Aimee Mann, Siouxsie and the Banshees, Talking Heads, Wendy O. Williams (Plasmatics), and more. In addition to the photographs, visitors to the exhibition will experience soundscapes specially created for “Days of Punk” in collaboration with Roger Miller and Peter Prescott of the cult band Mission of Burma. The video component was put together in collaboration with Jeremy Troy, and includes archival footage that Grecco himself shot during the punk era.

Additionally, posters, magazines and other memorabilia from back in the day – all from Grecco’s personal collection – will be displayed. These notably include concert posters created by Dini Lamott, a photographer, artist, and member of the punk rock band Human Sexual Response, who are featured in both the book and the MOAH:CEDAR exhibition. The museum is also making special wallpaper collaging magazine covers and Lamott’s images to hang in the bathrooms and back hallway to harken people back to dates in rock clubs with punk posters and flyers plastering the walls.

MOAH:CEDAR is also presenting additional programming in conjunction with “Days of Punk.” On Saturday, February 25 starting at 6PM, the MOAH:CEDAR Concert Series will feature a show with multiple punk rock bands (lineup TBA). On Sunday, March 19 – closing day for “Days of Punk” – the MOAH:CEDAR Zine Workshop will focus on creating punk-centric zines, 5-8PM. Michael Grecco will be on site signing books.

Grecco’s punk photographs had been dormant in his flat files for decades until his archivist suggested revisiting this previously unseen body of work five years ago. After they did a deep dive into the past, their efforts lead to Grecco’s most recent book, the best-selling Punk, Post Punk, New Wave: Onstage, Backstage, In Your Face, 1978–1991 (Abrams Books, 2020), which introduced these images to the public for the first time. In addition to the 162 photographs, the book features a foreword by Fred Schneider of the B-52s, an essay by veteran rock journalist Jim Sullivan, and Grecco’s personal anecdotes from his times hanging out with the musicians he was shooting.

The images then became available as limited-edition prints on Ilford Gold Fibre Gloss paper to collectors for the first time. Plans soon got underway for the inaugural public show at Photo London, and the now touring gallery and museum exhibition “Days of Punk.”