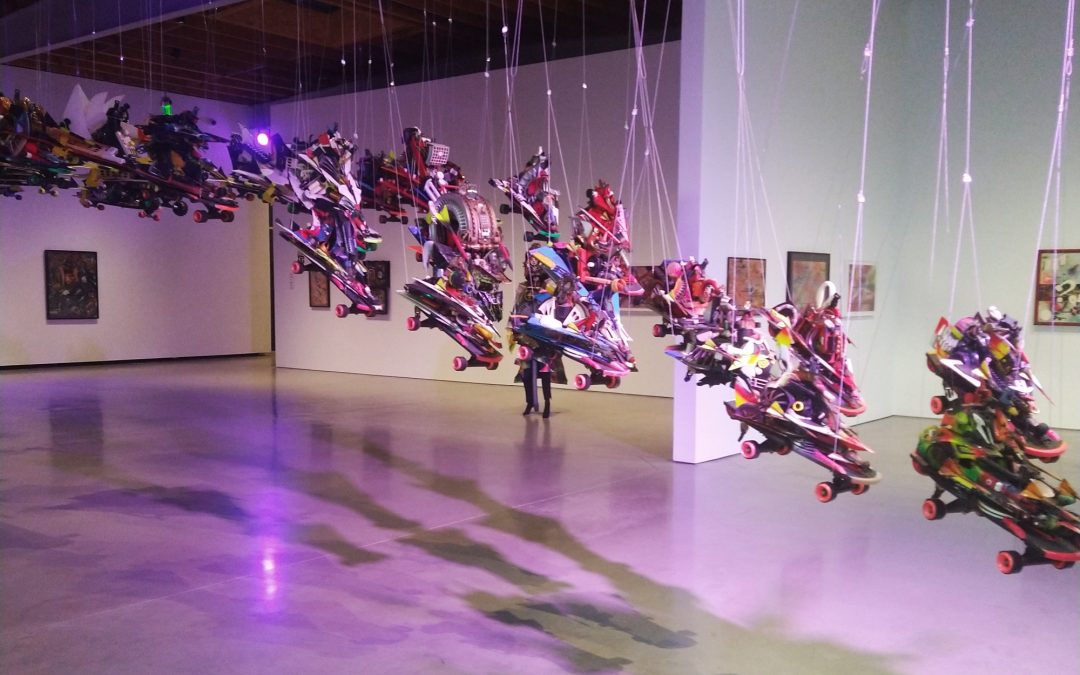 Instrumental in having introduced elements of the avant-garde into hip-hop culture, Rammellzee (1960-2010) was a New York-based visual artist and musician who, to many, may need no introduction. For old and new fans alike, his innovative legacy continues with an epic exhibition currently on view at Jeffrey Deitch in Los Angeles. The show, Gothic Futurism, extends far beyond this single exhibit and into what could be described as a self-made genre in art, embodying themes of philology, medieval history, and astrophysics, which Rammellzee crafted into his own futuristic mythos. 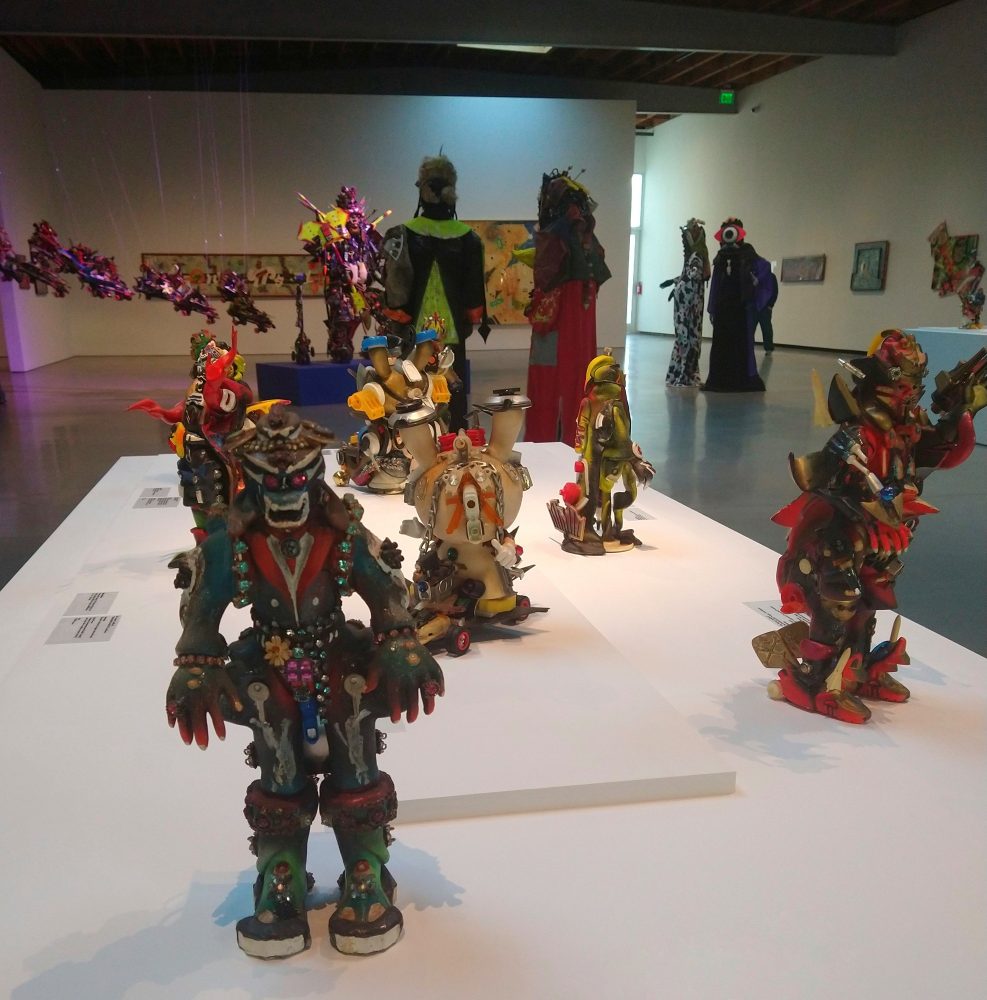 This vast and dynamic collection of works, spanning three decades, has viewers instantly submerged in a cohesive universe inhabited by supernatural tropes and curios. To start, a plethora of wall-hung pieces stylistically blend abstract, graffiti, and alien landscapes, assimilating various mediums like neon spray paint, found objects, and resin, on surfaces ranging anywhere from canvas to carpet. Overall, these images seem to transmit a stream of consciousness guided by specific, complex concepts. Some incorporate deconstructed slogans, collage, and stencil, while others are free hand movements of vibrant color interwoven with symbols. 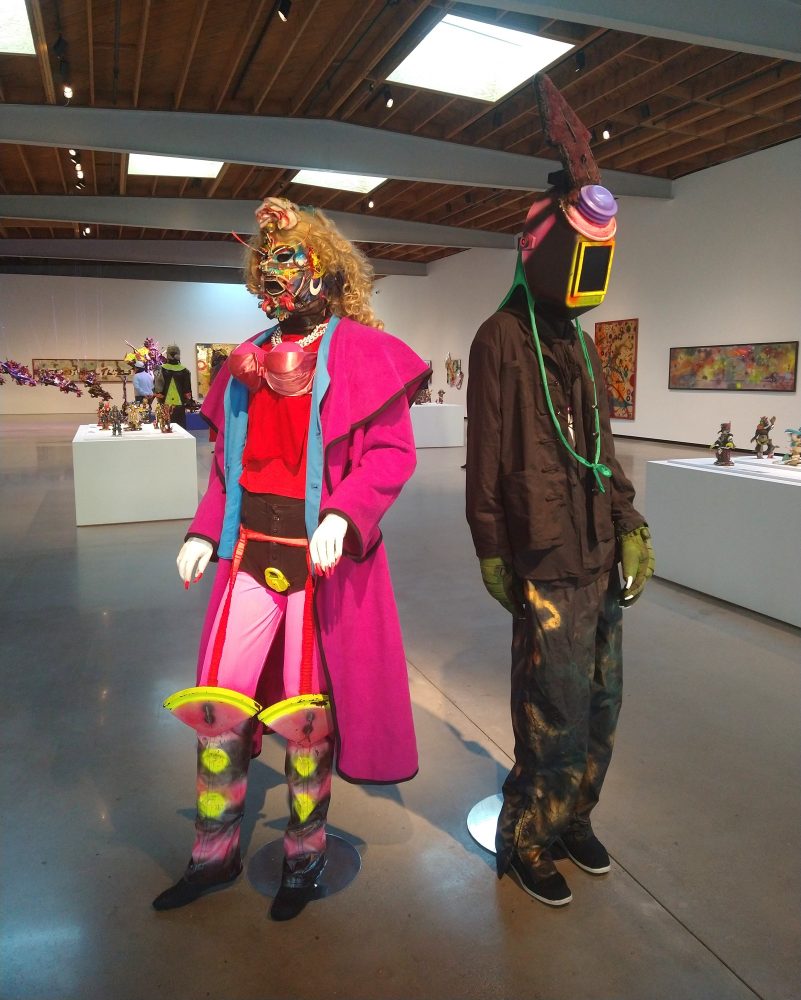 Vain the Insane and Welder

Dramatic 3D elements include militaristic looking characters, both miniature and large scale, sporting elaborate costumes and headpieces. These figures look to be either poised for battle, or content simply posing on the runway of some fashionable, far away galaxy. Life-sized, feminine warrior Vain the Insane wears a long, hot pink coat, protruding satin bra, and trousers accentuated by bright yellow knee fans. Her face is assembled from numerous pointy objects which, despite her cool demeanor, may reveal an inner savagery best avoided.

Towards the back of the gallery, a swarm of around fifty flying space crafts, the Letter Racers, capture the viewer’s attention. This striking fleet, suspended from the ceiling to create the illusion of mid-air flight, was also constructed out of various repurposed objects, including skateboard chassis as the crafts’ bases. Apparently, this series was inspired by a story of medieval monks who had developed an undecipherable lettering system, which became banned by a threatened, hierarchical establishment. 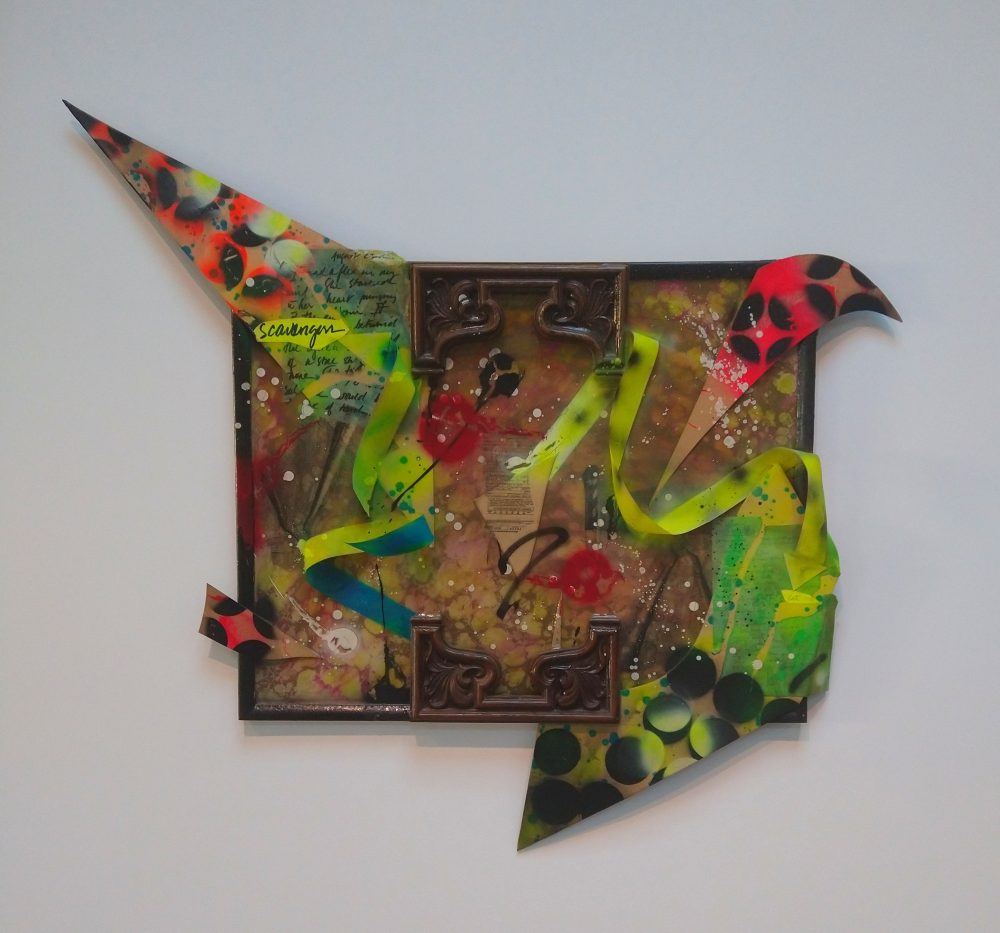 To Rammellzee, this exemplified Ikonoklast Panzerism, which, in a nutshell, is an artistic approach he developed centered around the philosophy that the mysterious and cryptic in language may actually harness liberating powers. Other sizable installations include Mirrored Pyramid, made from mirrored plexiglass, as well as other fascinating portals and vortexes to ponder over. 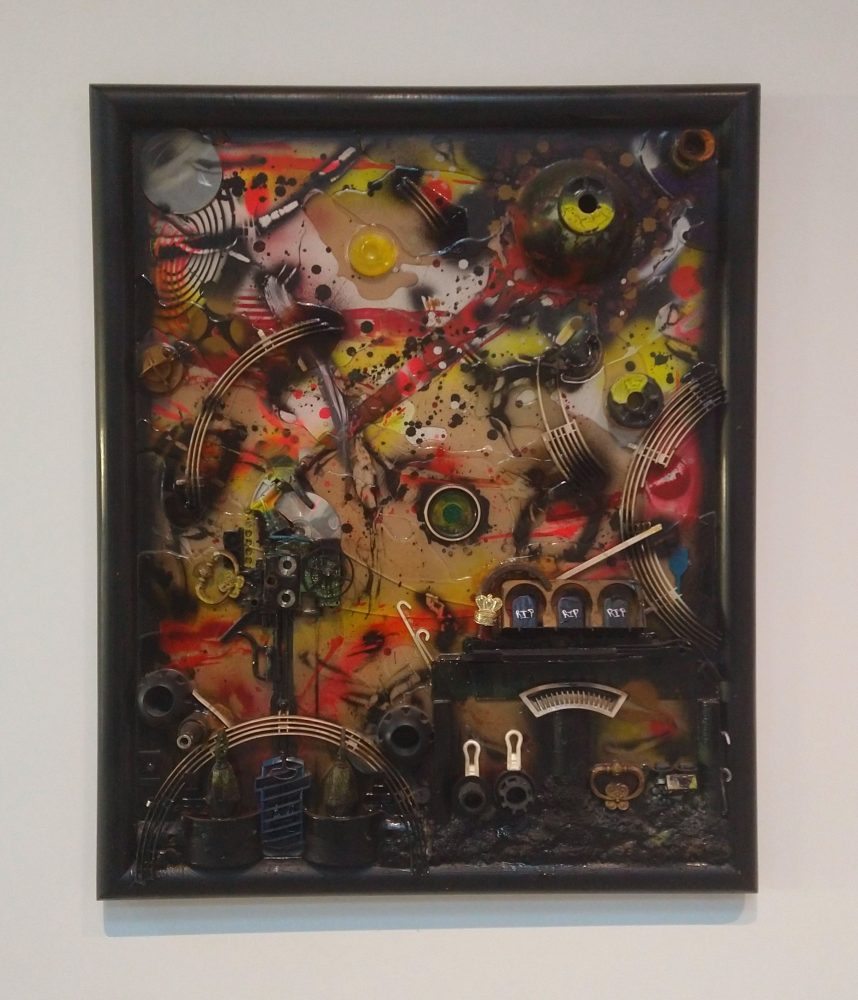 The fact that most of Rammellzee’s creations arose from urban trash, and represent recurring themes of his own visionary saga, shows what a potent reflection of his inner and outer worlds they are. It seems that both the artist’s imagination, and his ability to create art from any object within reach, could not be tethered, and hence their influence upon our culture today.