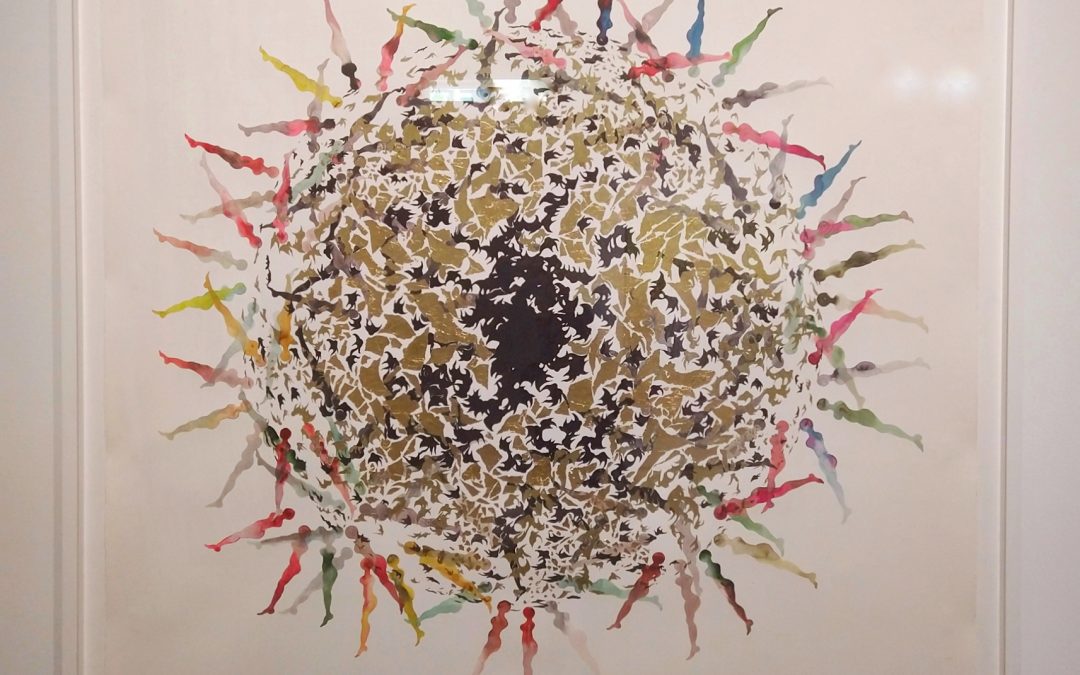 On view at Sean Kelly Gallery, New York-based artist Shahzia Sikander debuts her first solo show in Los Angeles with a sundry of mediums including 2D, 3D, and even film. While the show’s title Radiant Dissonance is an accurate description of the conflicting forces symbolized within, as well as their various modes of expression, this exhibit (works from 2020-2022) is, nonetheless, unified through its mood, palette, and overall spiritual demeanor. Themes of boundlessness, feminine divinity, and duality are accented by kisses of gold and swirls of rosy hues, enveloping the exhibit with a feminine warmth throughout. 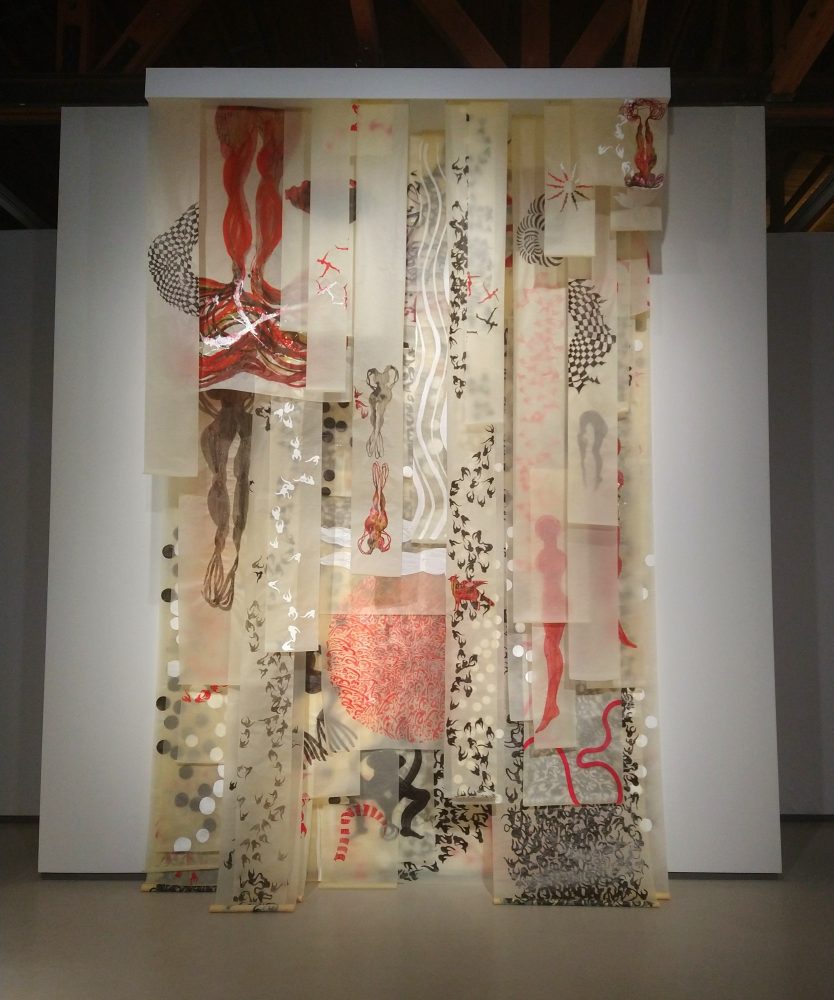 On paper, Infinite Woman is a mandala composition with a luminous gold-leafed globe in the center, whose rivulet-like texture emulates the turbulent, pockmarked, yet beautiful surface of the sun. Encircling this cosmic entity are countless female forms, softly rendered in watercolor and comprised of various pastel colors. While slightly muted, the stance of these women is both harmonious and unrelenting, as they infinitely march in clockwise motion, as if affirming their eminence over a heliocentric world.

As a way of further materializing Sikander’s sentiments, there are several largescale narratives, in the vein of Indian manuscript painting, which are portrayed through vibrant glass mosaic. One such piece is Touchstone, depicting an Indian woman amidst flower-filled terrain, who, according to Sikander, is holding an elusive spirit known as the chalawa in Punjabi. While the numerous, intricate details, including petals, stones, and beyond, a mélange of golden sky, register as discernable forms, they seemingly coalesce into a dance of color that surpasses any one plain of existence. 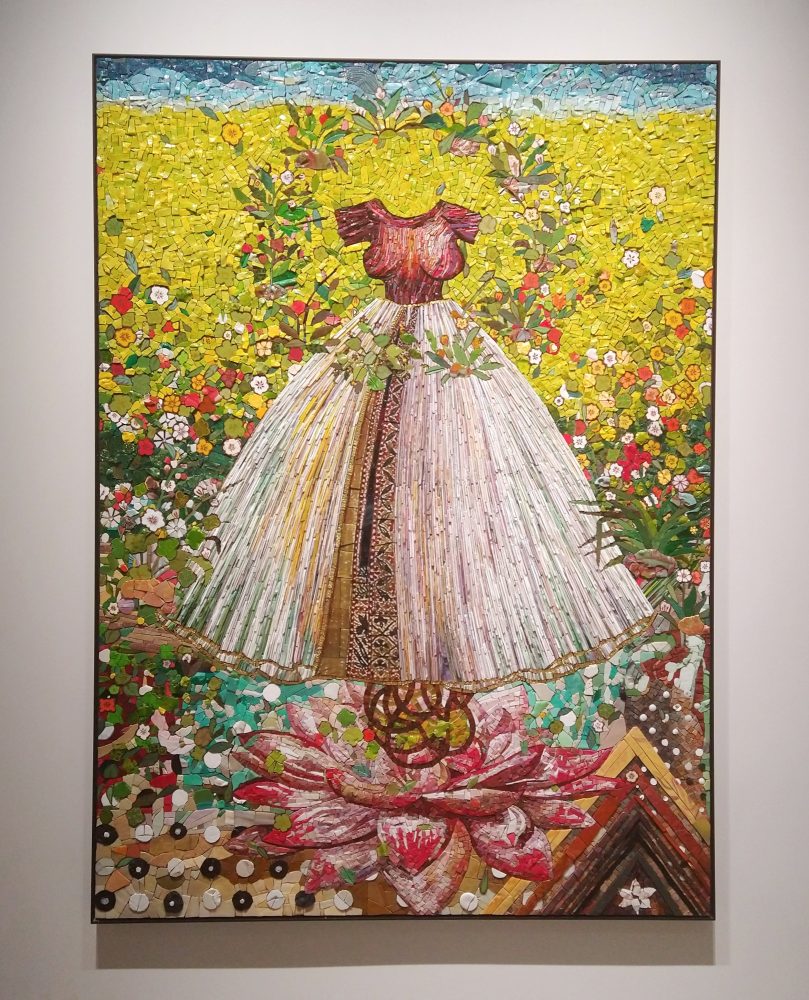 Straying from traditional wall-hung works altogether are some notable pieces which, again, are an extension of Sikander’s personal brand of iconography. Epistrophe is an installation which will seize the viewer’s attention from the moment of entering the exhibition. This multi-dimensional work, consisting of over a dozen layers of drawings on semi-translucent paper, hangs from the tall ceiling all the way down to the floor. Separated by several inches each, these strips of drawings continue the artist’s visual motifs of the female form and ethereal, swirling patterns. 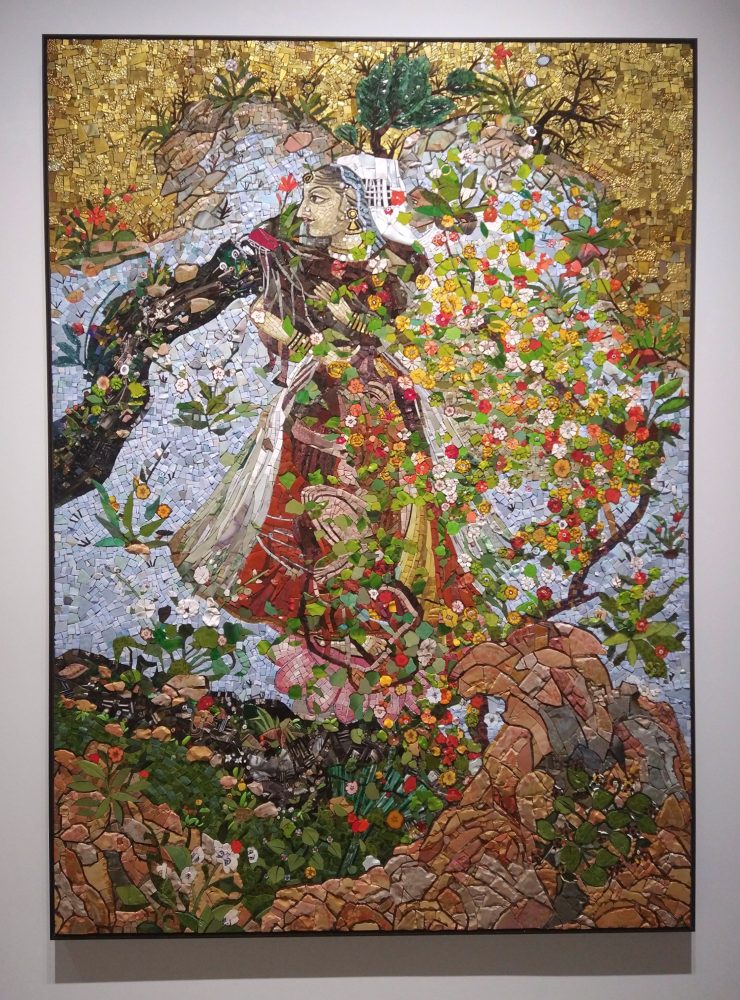 Adding to the diversity of the exhibit is Promiscuous Intimacies, a striking sculpture departing from whimsical and into a more classical approach. The first of the artist’s sculptures done in bronze, it shows two immaculate goddess figures caught in a seductive embrace, referencing Bronzino’s An Allegory with Venus and Cupid. 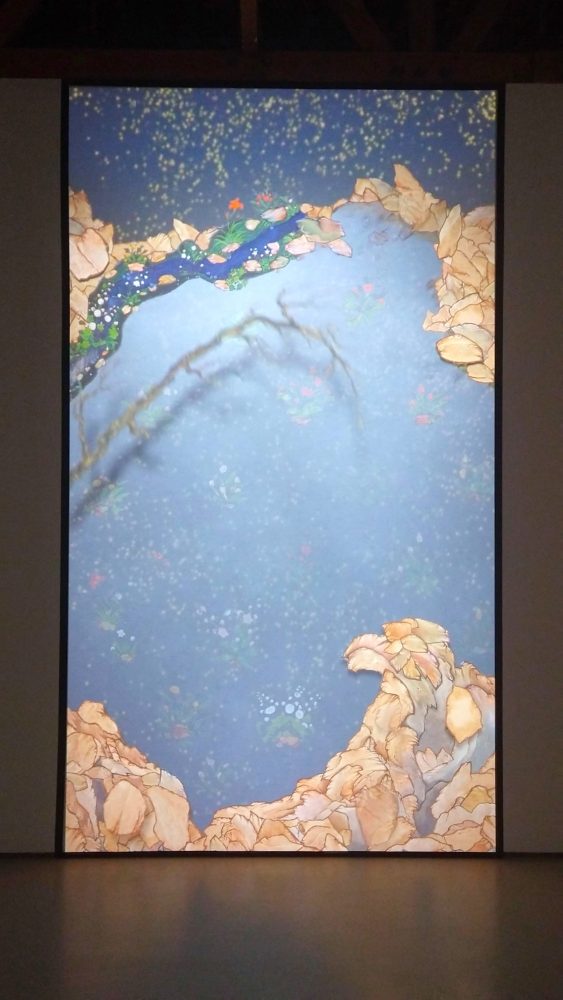 In the back room, another captivating installation offers a large panel displaying a creation titled Reckoning, in which Sikander’s imagery has been brought to life through film. This 4-minute animation shows a dreamy sequence of narratives that seem to encompass the entirety of spiritual human complexity, and is accompanied by haunting audio. 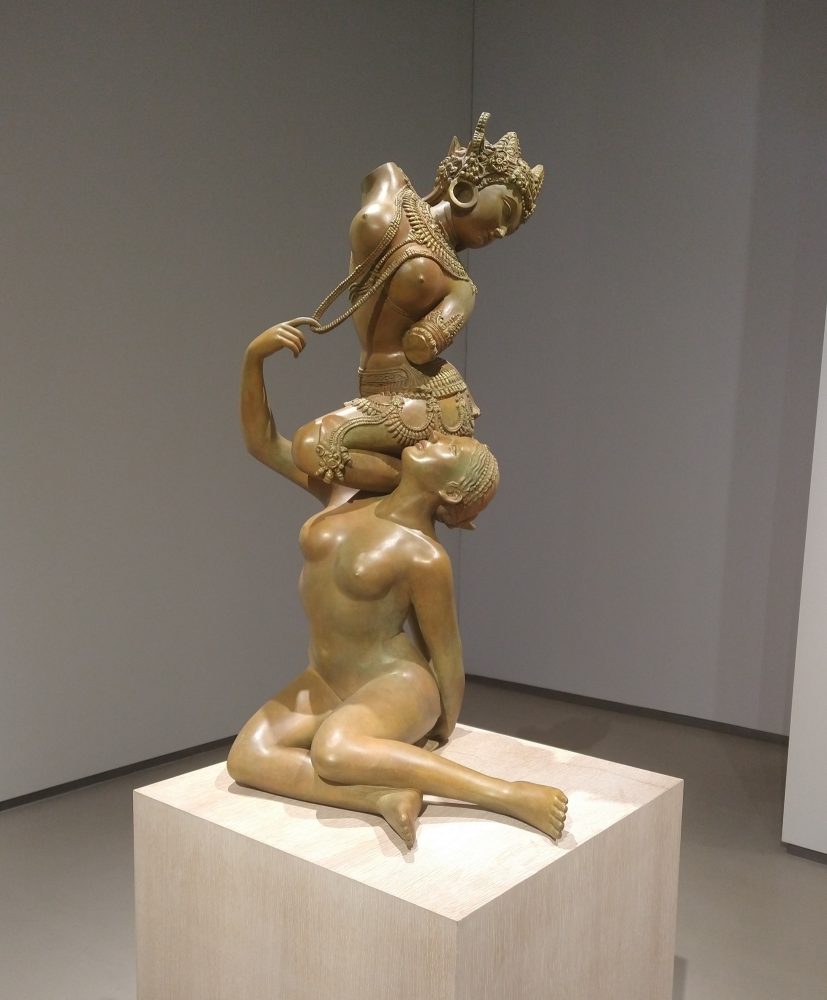 The artist’s use of geometric order combined with incorporeal timelessness give a sense of regard for the laws of the material world while simultaneously transcending it. In all, the radiant, sensitive nature of this show is brought together with a fluidity that demonstrates Sikander’s proficiency and elegance as artist.