Annie Lapin: ‘Contours of the Vast’
Grappling with a Bombardment of Endless Information 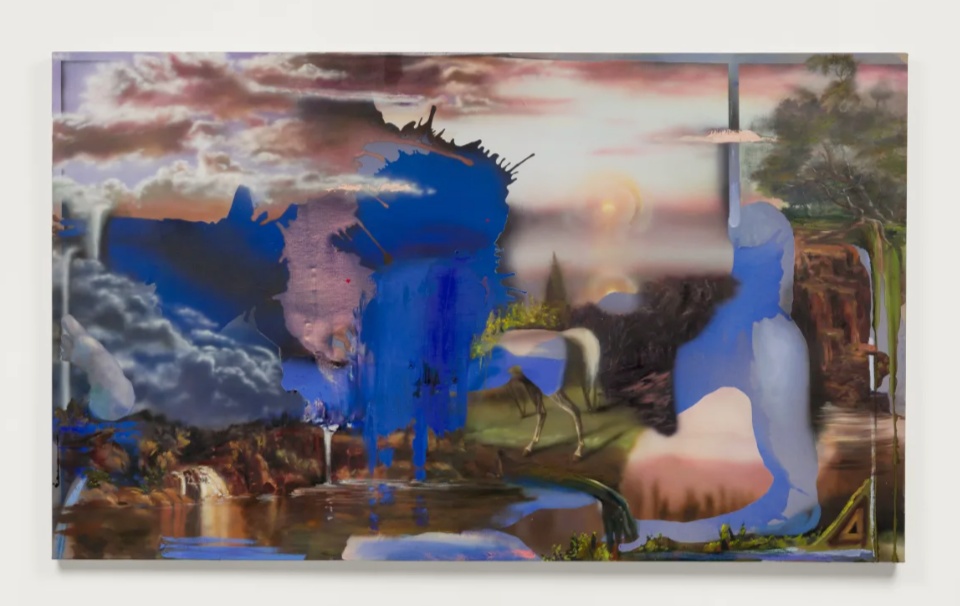 Contours of the Vast

Fascinated by how we perceive the world around us, Los Angeles-based painter Annie Lapin presents us with a new kind of visual challenge. In her most recent paintings, windows into vast pastures with infinite horizons are disrupted by distortions of animal, human, and altogether misleading forms. Contours of the Vast, on view at Shulamit Nazarian Los Angeles, has classical landscape competing with abstraction and expressionism, ultimately condensing a history of pictorial perspectives into anomalous realms. 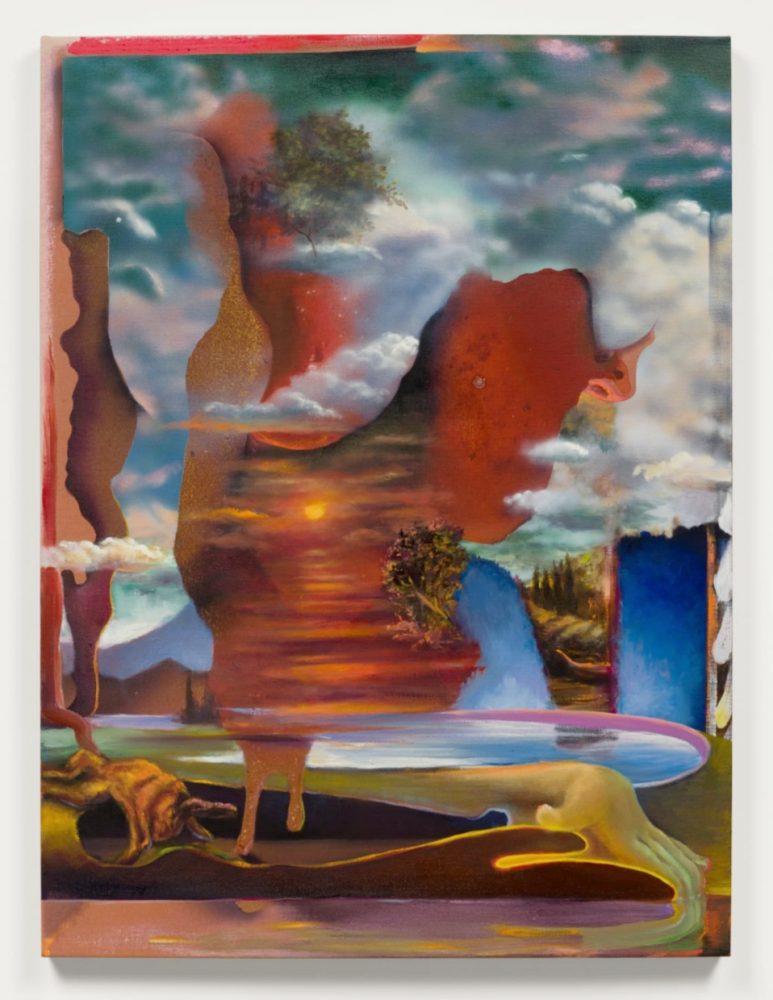 These works (all created in 2022), possess various plains and images juxtaposed together, and while from afar are almost reminiscent of collage art, were created with trusty oils and acrylic on linen.  Much of the imagery deposited into these realms looks to be the stuff of dreams, however, according to the artist, has been deliberately and consciously ordered, representing real states of being. The results are emotional, stormy, and electrifying narratives that appear to be simultaneously static and in motion, effecting both our perception of space and of time. 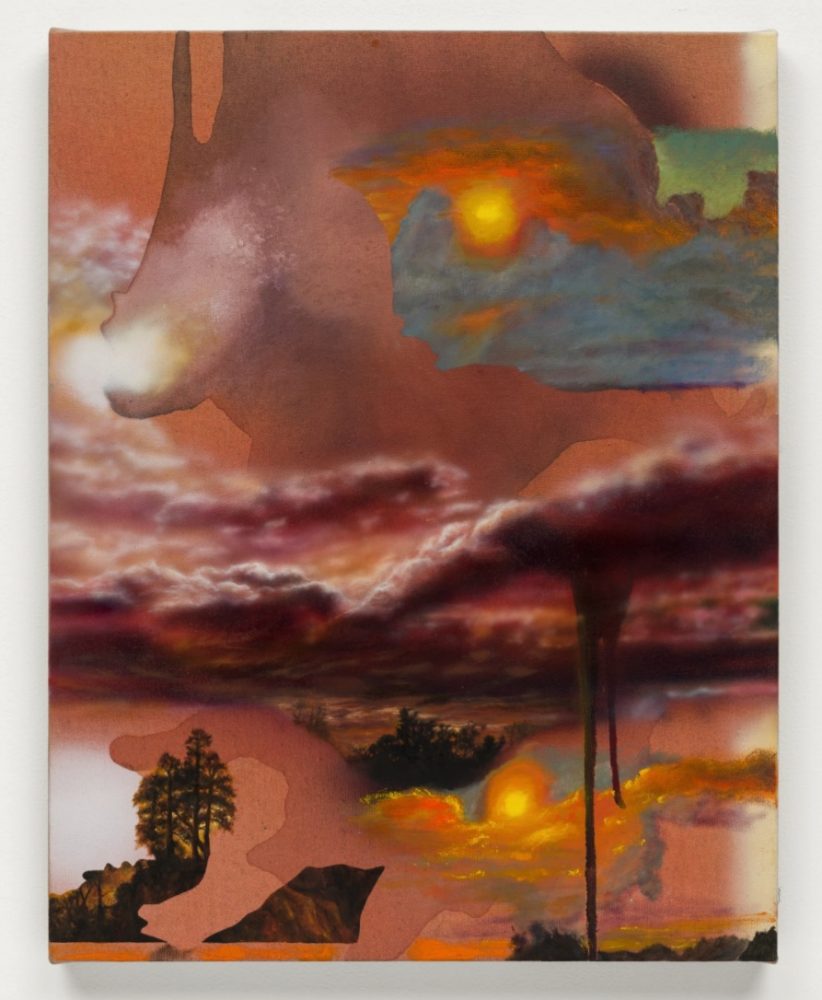 In Huntings, we are immediately drawn into a soothing focal point of sky and sea, wherein a setting sun casts rosy layers of light across clouds and currents. Surrounding this wholesome scene are fragments of other domains, which, although somewhat recognizable, confuse our preference for materiality over chaos. Trees and other clouds appear where they perhaps shouldn’t, while below, an oozing, ochre hand seems to manipulate a fluidic foreground like a lathe.  Other oddly placed, identifiable forms include a lunging hare and large sideview of a human nose.

Vail Veil offers a striking nocturnal landscape simulating an eerie forest atmosphere. Within one of its nooks, a vivid fire blazes, illuminating surrounding branches, yet the small, sentient looking beings encircling the flames remain obscured. To further bemuse our imaginations are gritty, cloudlike shapes in a dark sky, which, of course, may not even be clouds or sky at all. 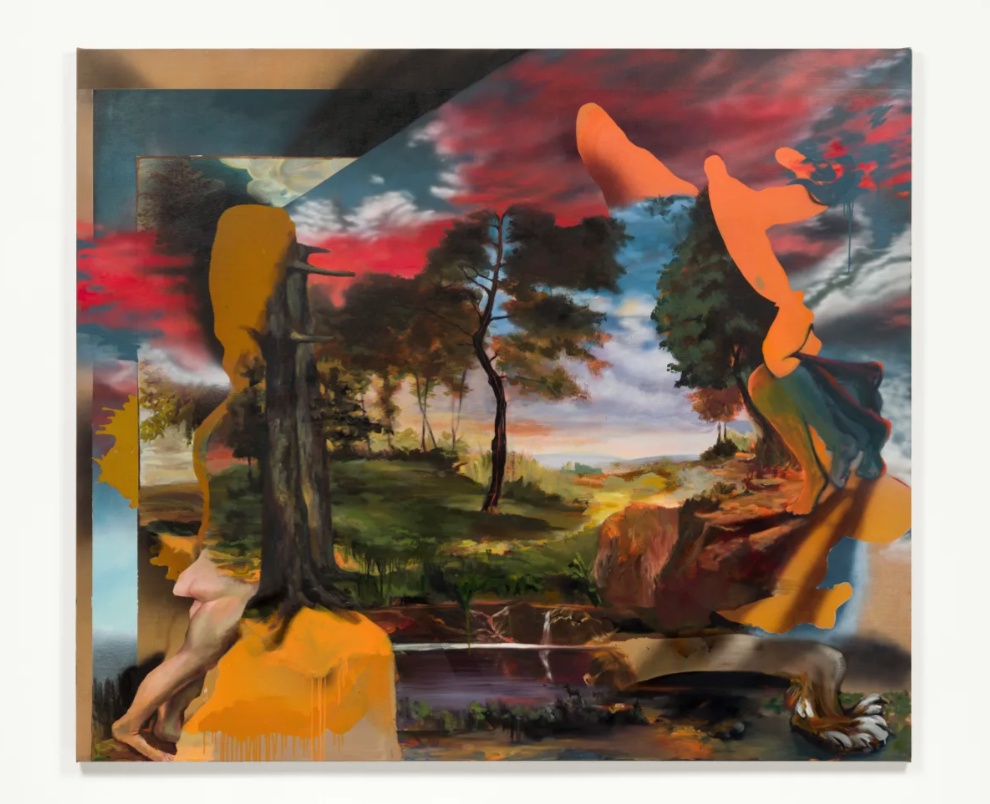 An element that makes for such engaging imagery is Lapin’s advanced painting skills, comparable to the old landscape masters, with the added expressive freedom employed by modern painters, giving us the best of both worlds. Light Folding is an epic depiction that feels both serene and volatile at the same time. As the title suggests, splashes and torrents of yellow light fuse together in a downward motion, directing our attention to a distant field consumed by red flames and a ferocious mass of smoke. The drama doesn’t end there: In the foreground, a conglomeration of bodies intertwine, whether in battle or embrace, we can’t be sure. 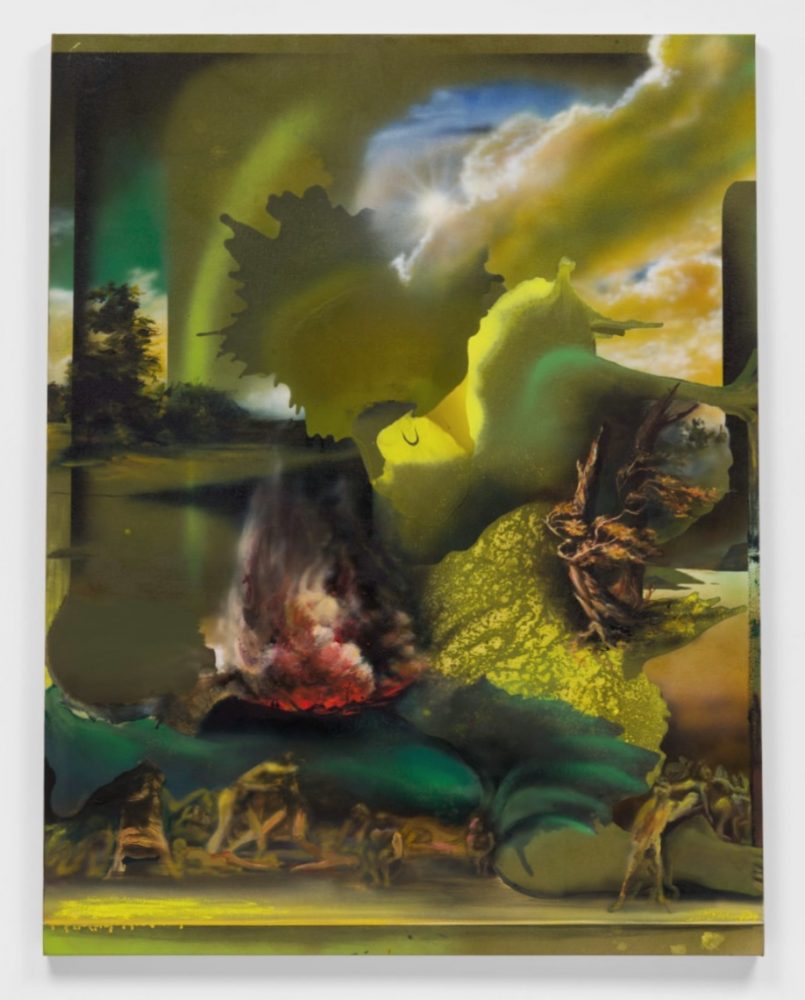 Through these abstracted scenes, Lapin deliberately plays with our inclination, when dealing with the unknown, to synthesize meaning through anthropomorphizing and personal projection.  In all, through its offerings of tranquil space, confining overlays and distorted figurations, this series seems to offer an adequate reflection of our very modern, distracted mental states as we grapple with a bombardment of endless information within limited environments.