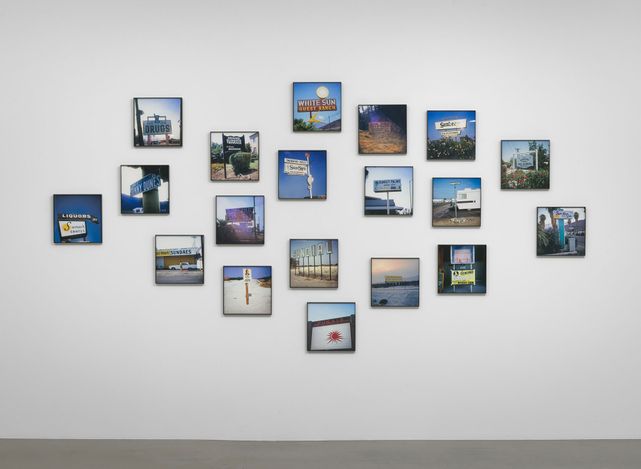 Nancy Holt is best known for her iconic Sun Tunnels (1973-76). But in addition to making land art, site specific installations and sculptures, Holt (1938-2014) was also a prolific photographer whose serial works, often installed in expansive grids, had visual savvy, conceptual underpinnings and a poetic flare. In the first exhibit of her work in Los Angeles since 1985, Sprueth Magers presents Locating Perception which brings together works from the 1970s and 1980s, including three series of photographs: Light and Shadow Photo Drawings (1978), California Sun Signs (1972) and Western Graveyards (1968), as well as “Locator” pieces and the amazing site-specific installation Electrical System from 1982.
The nineteen square photographs that comprise California Sun Signs are playful pictures containing illustrations of the sun and signage using the word ‘sun’ that are often featured in street signs and business names. Shown salon style, but not as a precise grid, the photographs recall California‘s golden era and promise of hope, as well as its inherent contradictions. Though taken in the early 1970s the images feel very current, as if they were recently shot, except for give-a-ways like the photograph of the Sunland Gas Station where the price of gas is 33-35 cents.
To create the photographs for Western Graveyards, Holt photographed dilapidated grave sites in Lone Pine, CA and Virginia City, NV. Across the sixty color photographs (like California Sun Signs, they were also taken with a square format camera), Holt focuses on the shapes of the actual grave sites, the accompanying names and epitaphs, as well as their relationship to the landscape beyond. Though the images are, for the most part, documentation of found objects, they physically and conceptually resonate as “land art.” 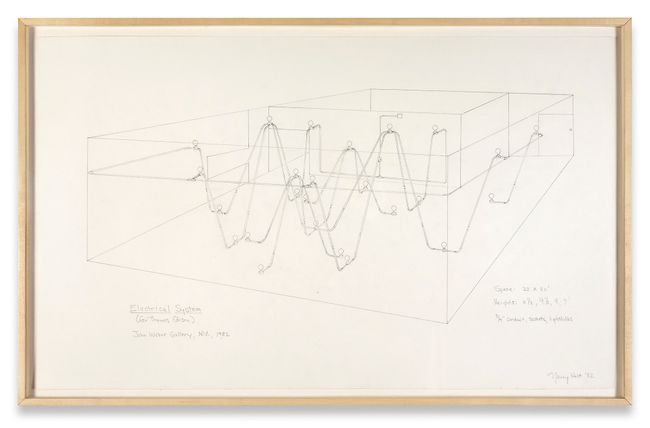 In contrast to the square, color photographs shot in the landscape, the black and white images in Light and Shadow Photo Drawings were created in the studio. Holt would shine light through curved cutouts and carefully frame, within the camera, the varying shapes and shadows that appeared on the wall. These grainy abstractions featuring interlocking and overlapping arcs and circles in differing shades of gray recall celestial expanses— they evoke the shape of the planet Saturn, as well as the movement of the stages of the moon across the sky. Though photographs, Holt referred to them as drawings— as they were more about line, shape and texture than the capturing of something found outside.
The inclusion of two pieces from Holt’s Locator series complements this multi-panel photo-work and helps viewers understand the way Holt conceptualized framing space. In these sculptural pieces originally installed in her studio in NY, an open-ended metal tube was placed on a stand and directed toward a window, a wall, and/or the floor. At Sprueth Magers, a large black circle is painted directly on the wall that corresponds to the area framed by the pipe. In many ways, these Locator works are precursors to Holt’s monumental Sun Tunnels — large tubular sculptures placed in the Utah desert. 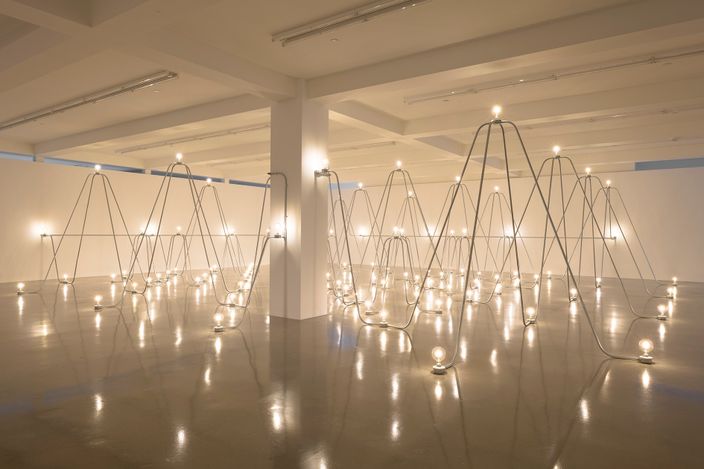 Electrical System occupies the upstairs gallery. Comprised of industrial materials — electrical fixtures, wire, light bulbs and 3/4 inch steel conduit— this site specific sculpture criss-crosses the space, filling it with undulating forms that ebb and flow, rising from the floor towards the ceiling. An accompanying drawing, Electrical System (for Thomas Edison), is a proposal for an installation at John Weber Gallery in 1982 that illustrates how Holt conceived of the work, configured it for that particular space and where it would tap into the existing electrical system. For Sprueth Magers, the installation is re-designed specifically for that space, as here, it wraps around columns and extends horizontally along the walls. Captivating to look at and created by organizing more than seventy lightbulbs and many yards of steel conduit, the work is a three-dimensional rendering of a closed system. It celebrates the rhythms and patterns that form when industrial materials go beyond their intended means. 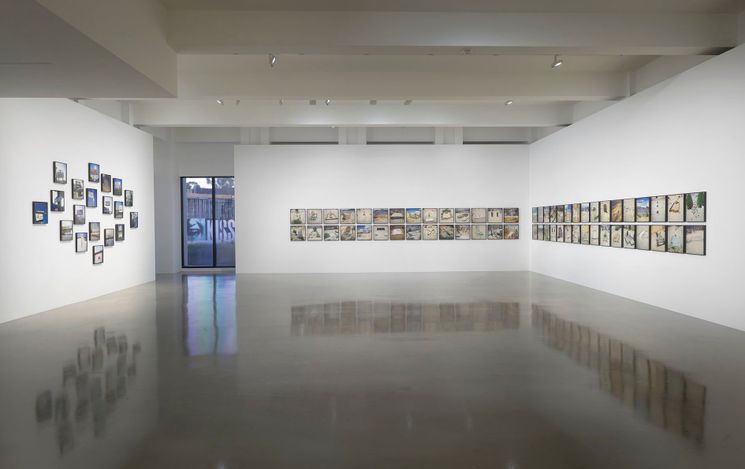 Throughout her long career, Holt examined the act of looking, be it through, at or beyond. She was interested in the many aspects and manifestations of human perception and the ever-changing relationships between light and space. Seeing these early pieces allows viewers to better understand her contributions to the fields of conceptual photography and site-specific installation as well as her importance in the canon of environmental art.