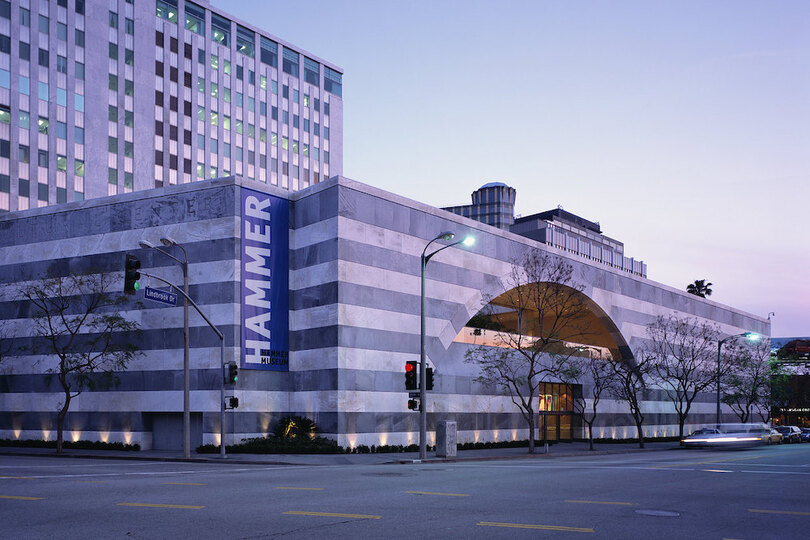 After more than two decades, the newly expanded and renovated Hammer Museum is set to open March 26, 2023, according to the Los Angeles Times. Led by Michael Maltzan Architecture, the restoration includes a new, more visible entrance on the corner of Wilshire and Westwood boulevards, across from a yet-to-be-built Metro station, which itself is slated for completion in 2027. Down the block on Wilshire, where it meets Glendon Avenue, will be an outdoor sculpture terrace, while a neighboring building that was formerly home to City National Bank will host new gallery space.

The remodeled main Hammer space has been rechristened the Lynda and Stewart Resnick Cultural Center, after the donors who in 2018 made a historic $30 million gift to the project. The largest single-donor gift ever made to the museum, it followed on the heels of a $20 million donation from television producer Marcy Carsey, who has served as the museum’s board chair since 2014. A $180 capital campaign to fund the expansion continues; so far, $156 million has been raised.

The expansion, which adds forty thousand square feet to the original Hammer, creating 60 percent more gallery space, was the brainchild of museum director Ann Philbin, who arrived to the institution in 1999. Under her watch, the Hammer has grown its staff from fifty full-time employees to more than a hundred, and has seen its annual operating budget increase from $6 million to $29 million. Attendance has quadrupled in the past twenty-two years. Beginning in 2005 the museum grew its collection of contemporary art, much of which it acquired through the Made in L.A. initiative and its Hammer Projects series. The institution will present the largest display to date of its collection when it unveils the completed expansion in March.