Daniel Dove: ‘reAnimal’
Exploring the Familiar Against the Unknown 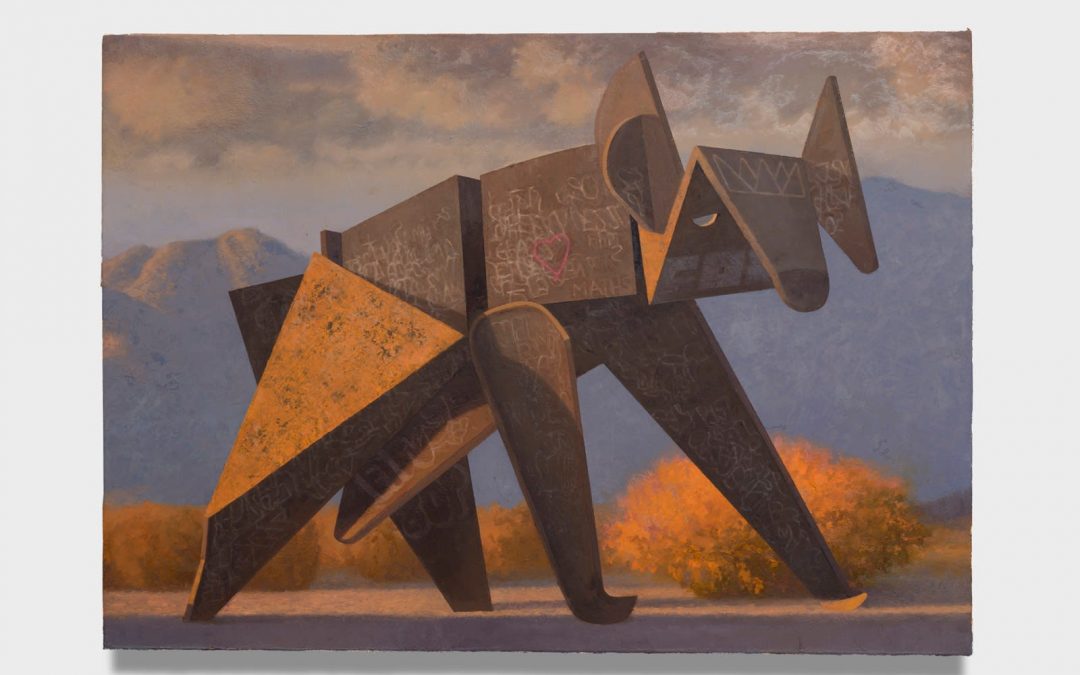 In the exhibition Picasso Cut Papers (Hammer Museum October 1 – December 31, 2022), numerous animal forms emerge from folded and cut pieces of paper. Picasso had the ability to maximize the minimal, and elicit creatures from just a few marks or gestures, often crafting them into playful and whimsical works. Many of the paintings in Daniel Dove‘s exhibition reAnimal feature recognizable animals as Dove pays homage to Picasso. An interesting dialogue about influence, inspiration and appropriation occurs as one thinks about the shows in relation to each other. 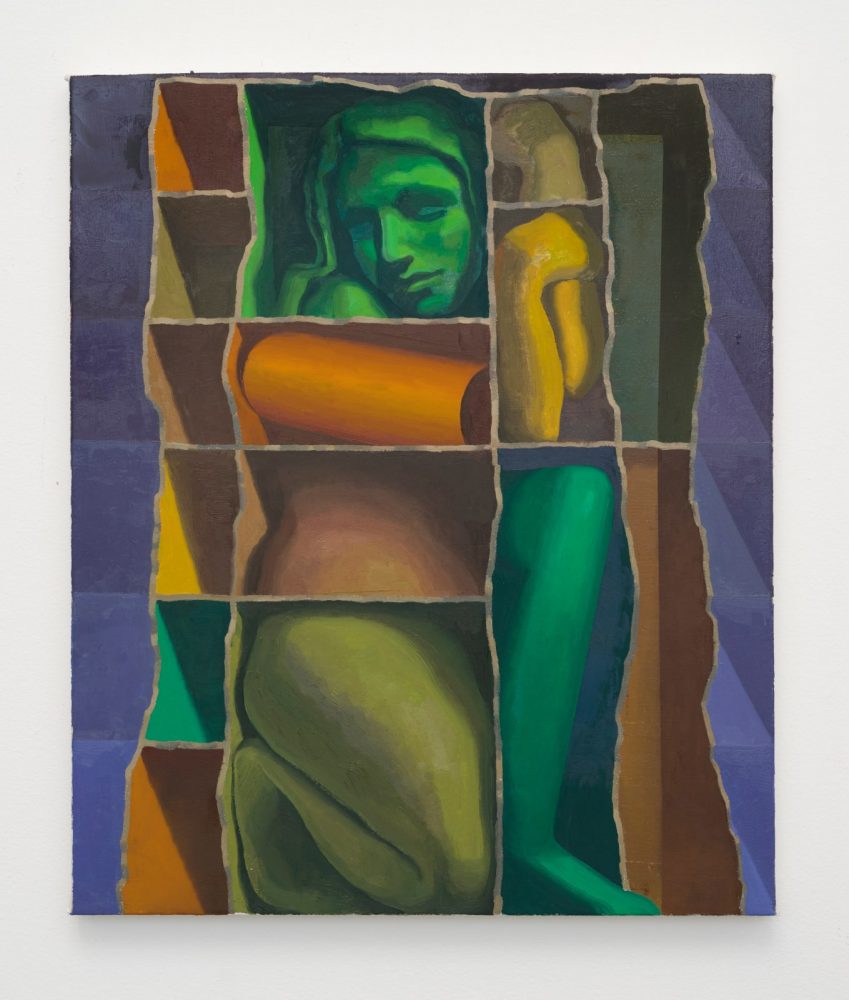 Dove’s painting Grrrl with Guitar (all works 2022) is a “riff” on Picasso’s Girl with Mandolin (1910). Here, Dove has modernized the image— while maintaining the Cubist fracturing— depicting the musician in profile with long flowing hair, strumming a guitar. She is set against a background that could be seen as abstracted bright stage lights, suggesting the energy of the Riot Grrl movement, rather than the more sedentary playing of a mandolin. Equus II also draws from Picasso. In this work, Dove isolates the pointed-tongued, large horse in the center of Picasso’s iconic painting Guernica (1937). He removes it from its environs and places it in a surreal desert landscape where it appears to be trapped in a modified Marc di Suvero sculpture located in a graffiti-filled concrete park. 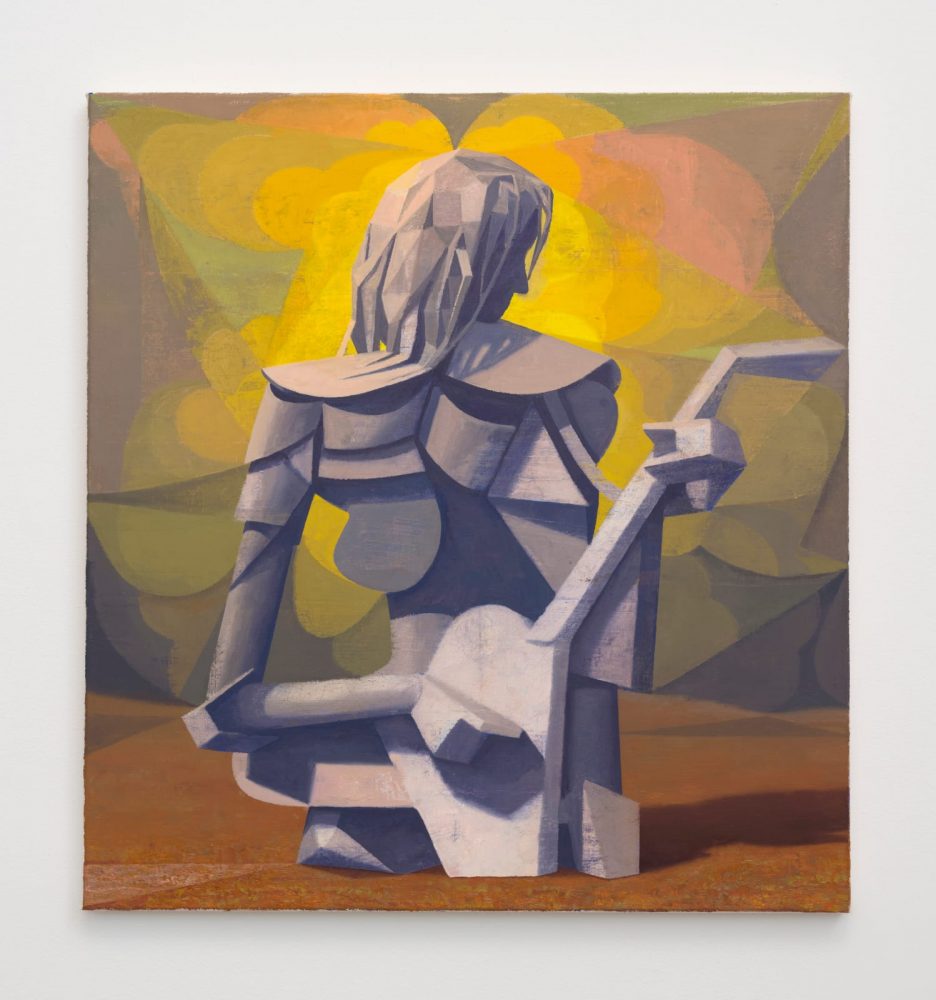 Giant, isolated creatures centered in the natural landscape are the focus of many of the smaller paintings. In these works, Dove also channels Picasso, painting his animals with minimal features and flat, planar bodies. These depictions are more machine than flesh-like, recalling reproductions of sculptures assembled from metal detritus and exhibiting a childlike innocence, despite their monumental scale. The ‘beast’ painted in Edge Lord is comprised of rusted steel sections, covered with unreadable scrawl, that coalesce into the shape of a bear. The incongruity of the setting — a large sculpture in a desert landscape — recalls the dinosaurs on Interstate 10 near Cabazon,CA. Stance and Nocturnal similarly contain depictions of sculpted animals, functionless anomalies placed in beautifully rendered, innocuous landscapes: something out of place and not quite right. 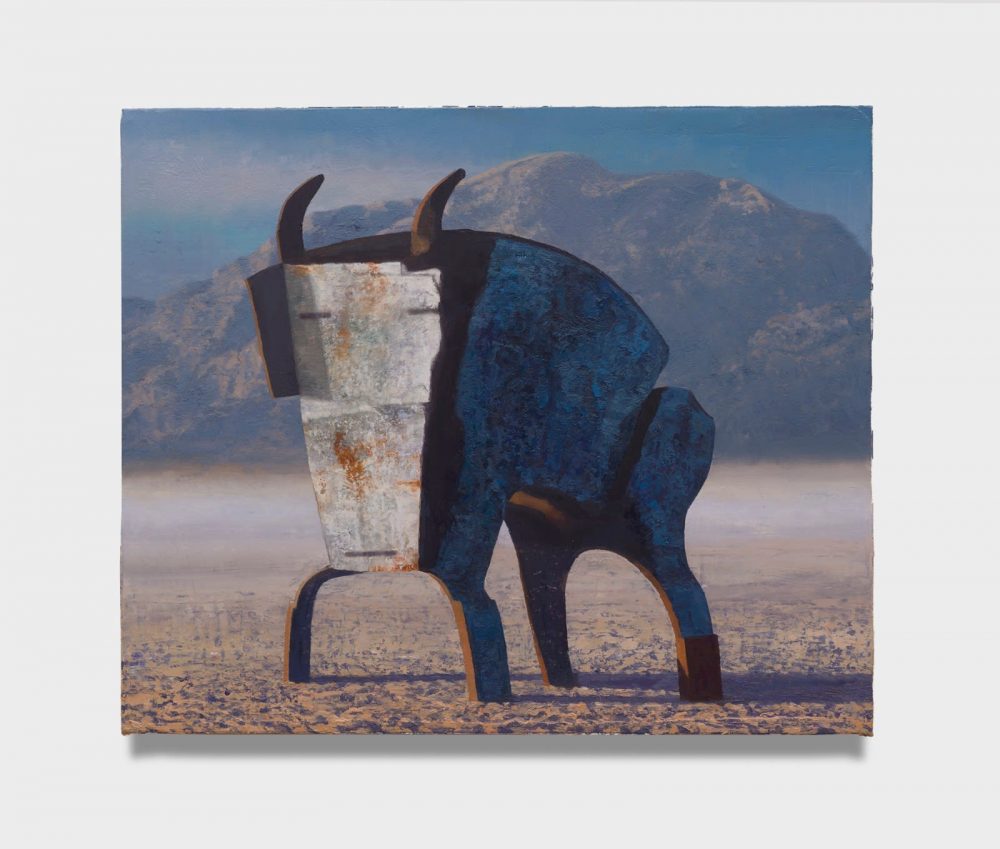 In Faint Heart, Dove combines a curvaceous human form presented in both two and three dimensions. He merges the trompe-l’oeil foreground and its shadows into the flat background shapes to create a composition that defies expectations and reality. For Embedded, he fragments a kneeling female, placing the individual sections, each painted a different bright color, into separate compartments of a jagged-edged box as if displaying evidence. One of the arms is presented as an orange cylinder, and gives the painting a Surrealistic aura that is reminiscent of René Magritte and Louise Nevelson. 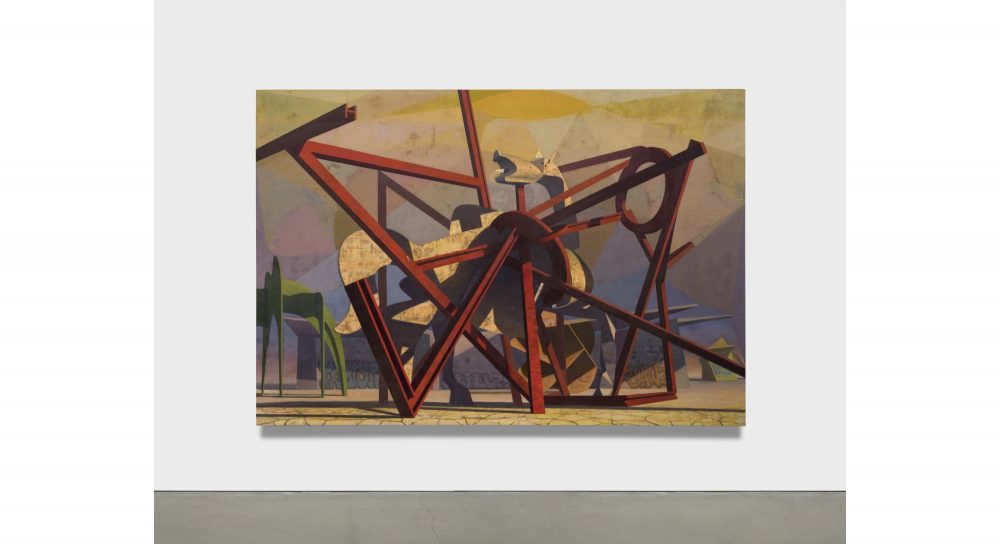 Dove is an accomplished painter with the ability to realistically render actual, as well as imagined subjects. In these works, he explores the relationship between flatness and volume by placing invented sculptural forms into Californiadesert landscapes. His fascinating works draw from observation as well as art history. By re-contextualizing recognizable elements, he creates new contexts to explore the familiar against the unknown.