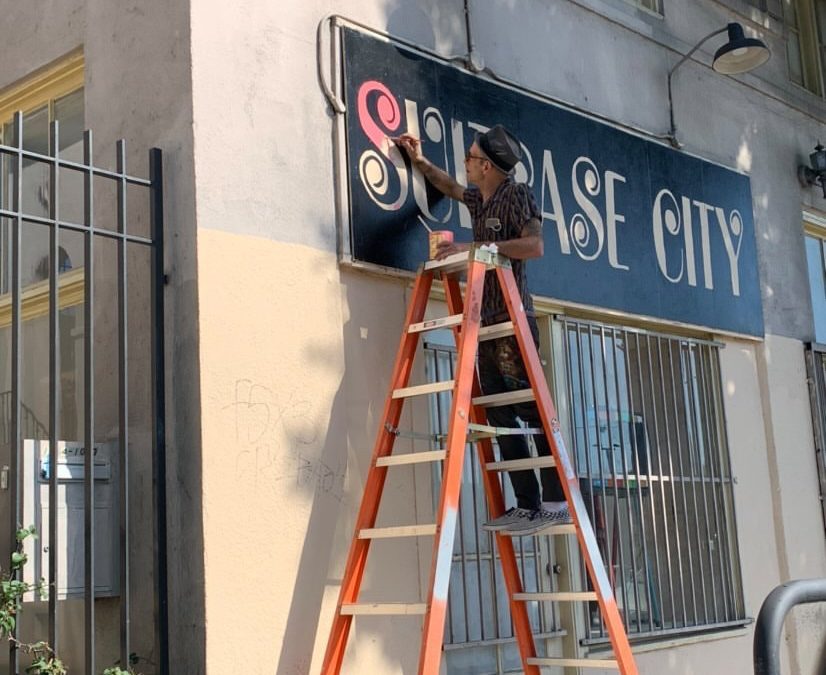 Los Angeles-based artist, writer, musician, independent curator, erstwhile owner/director of the NYC Alleged Gallery and helmer of the 2008 cult documentary, “Beautiful Losers” – whose teenage experience with Mod culture led to a collaboration with DC and whose public art project Undefeated Billboard Project was produced in conjunction with Nike – plumbs his own psychological depths only to discover what makes him love work and life.

What historical art figure would you like to have lunch with and why? Without a doubt Jean Cocteau. While I wouldn’t consider myself a scholar on his work, I’ve always felt an affinity for his creative quest. The diverse nature of his practice as an artist, writer, director, etc. mirrors my personal quest and I can’t imagine what he went through in his time trying to explain his work to his audience. I think he’d have some good advice, as sadly, things haven’t changed much.

What did you purchase with the proceeds from your first sale? My first sale was in 1992, a painting on the hood of a car that I sold out of Max Fish bar in New York City. I would guess that the proceeds were spent on beer.

What words or phrases do you overuse? Amazing. 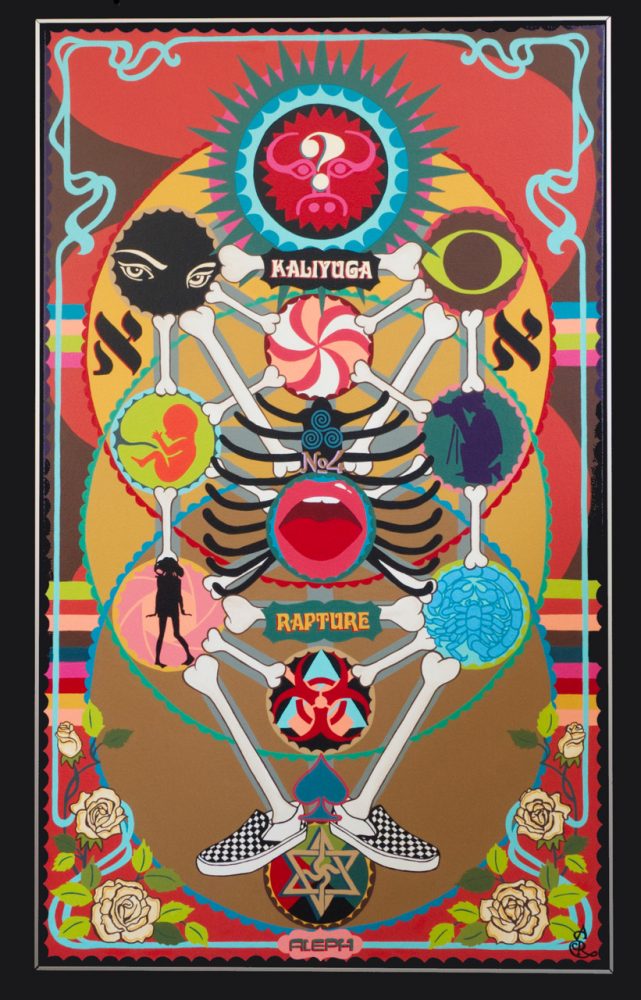 How do you know when a work is finished? My paintings speak back to me. They always tell me what to do next. Though, sometimes that just means that they’re abandoned. Most of my work is never actually finished. The piece just lets me know that it’s time to move on. Mostly, I listen.

When and where were you happiest? It’s sunrise on a Sunday morning and I’ve been awake for hours with terrible jet lag. I’m on my third cup of coffee and there’s nice music in the studio. I’m looking out over the lights of traffic on the 101 freeway. I’d say right now is pretty good. 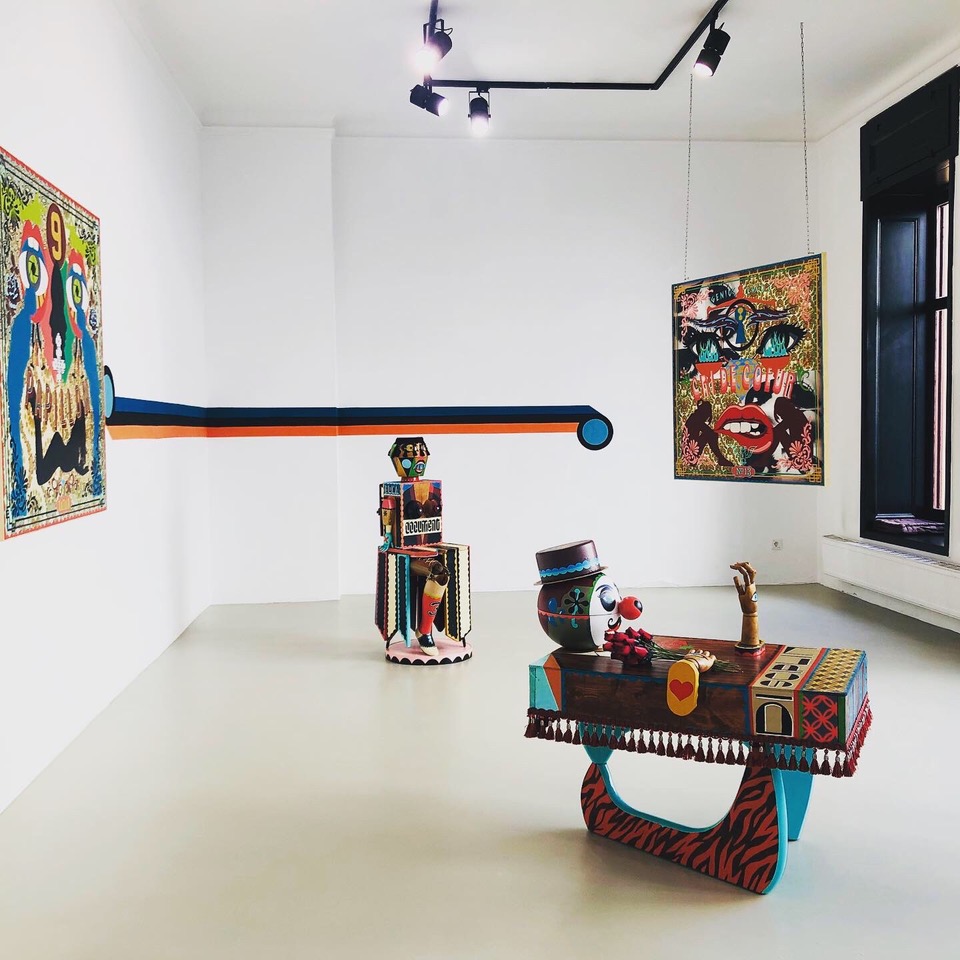 What is your most treasured possession? Definitely my hand-written journals from the 1990s when I was in my 20’s in New York. Pure Gold.

Where is your ideal escape destination? Berlin.

What’s the worst survival job you’ve ever had? I modeled in a runway show for Harley Davidson clothing once. 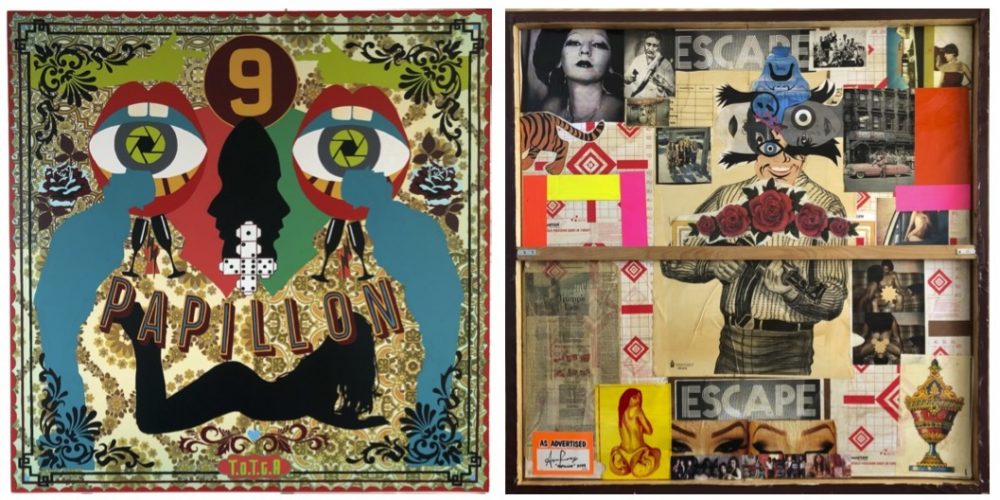 What TV series from your youth best describes your approach to life? Square Pegs.

If you could change one thing about yourself, what would it be? I’d love to have hair on top of my head.

What is your most treasured memory? Halloween 1997. We opened a large group show, The Independents, at my gallery in New York and it was just this catalyst moment in art history where all these worlds came together. Everyone could feel it and we really felt like we were making history. The butterfly effect of that night is still being felt around the world to this day. 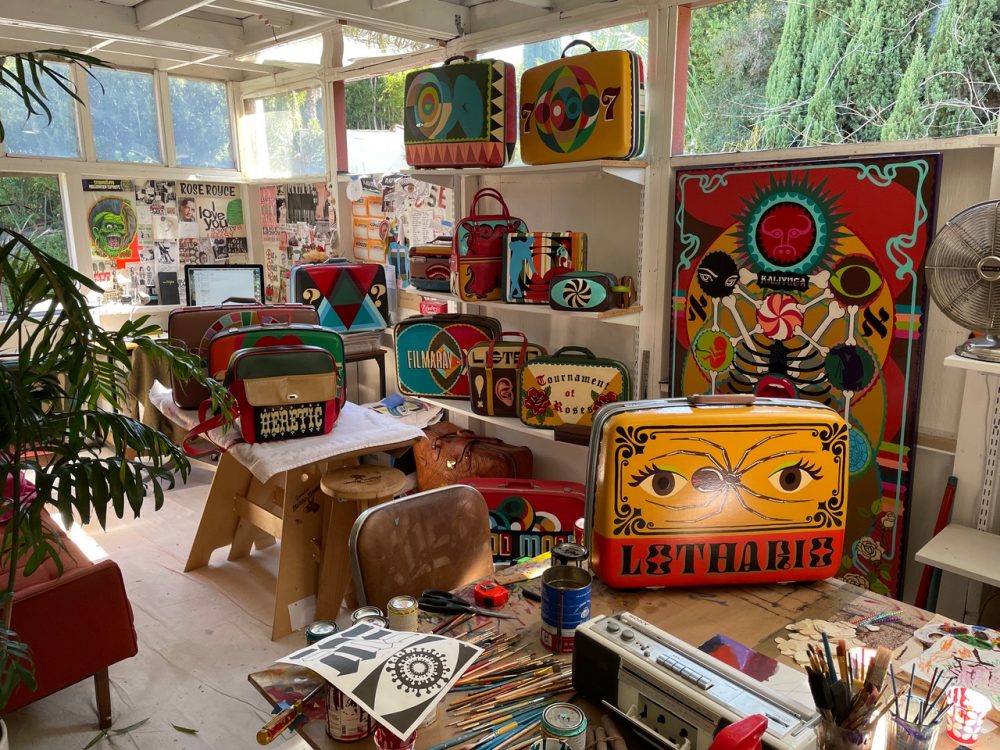 What makes you cry? Chet Baker.

What is your go-to drink when you toast to a sale? Taco Bell Baja Blast.

After an all-nighter, what’s your breakfast of champions? Chicken and Waffles.

Who inspires you? My daughter.

What’s your best quality? I’m a good friend and a great talent scout.

What’s your biggest flaw? I undervalue myself.

What is your current state of mind? Ambitious. 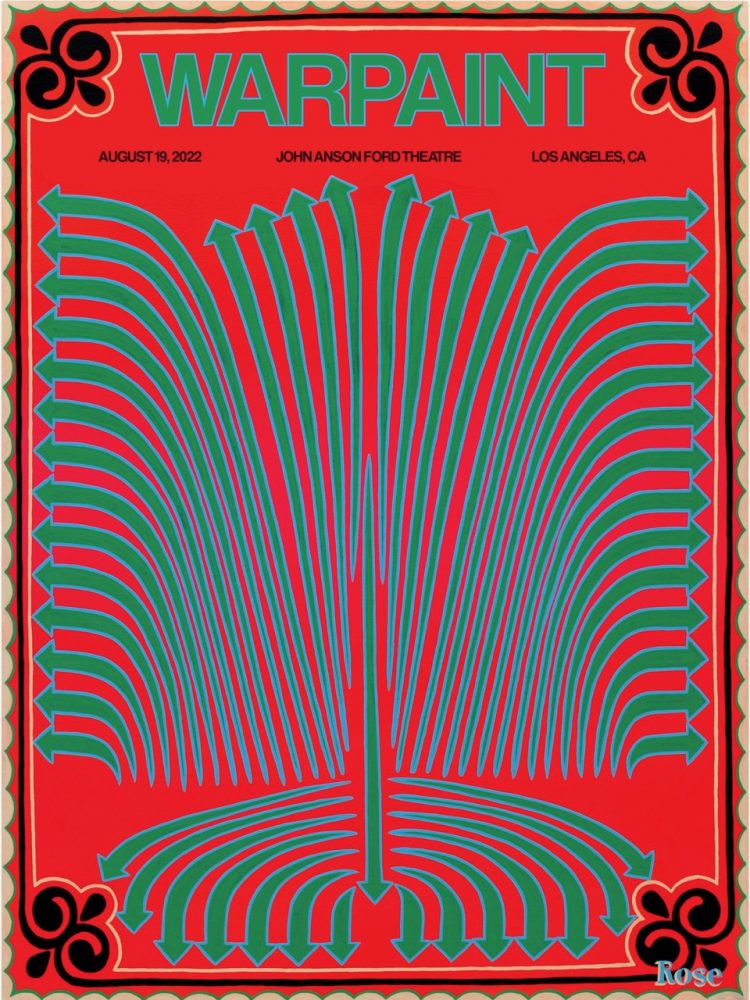 What do you consider your greatest achievement? I was instrumental in starting the most influential art movement of the early 21st Century.

If you were to die and come back as a person or thing, what would it be? Me! Obviously. 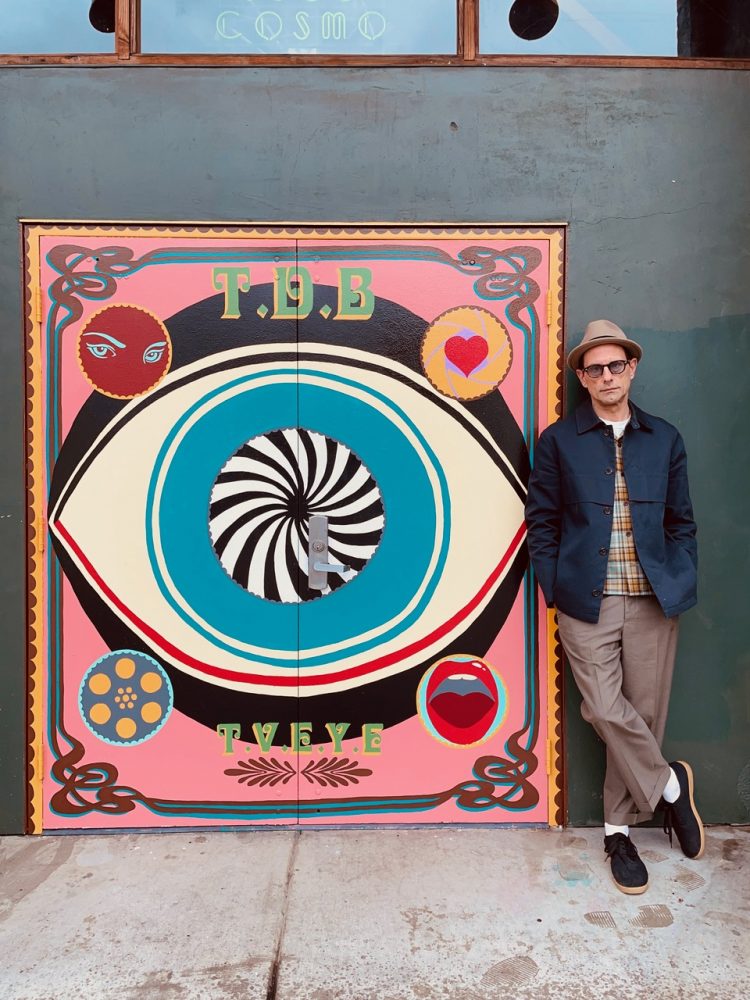 Victoria Looseleaf is an award-winning arts journalist who has been a regular contributor to the Los Angeles Times, the New York Times, KCET Artbound and other outlets. In addition, she covers arts festivals around the world, filing datelines from cultural hot spots that include Berlin, Venice and Abu Dhabi. Her feminist novella in verse, Isn’t It Rich? is being adapted for the stage and her children’s book, Russ & Iggy’s Art Alphabet has recently been published.