Stan VanDerBeek: ‘Panels for the Walls of the World: Phase II’
Understanding the Power of the Media and Technology 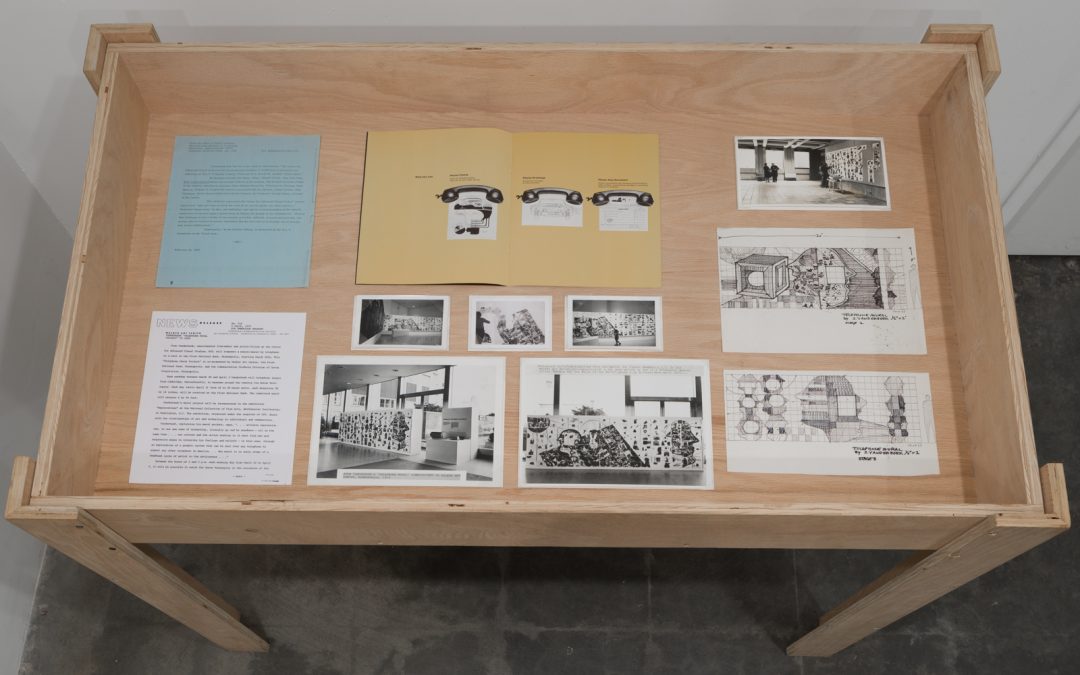 Panels for the Walls of the World: Phase II

Stan VanDerBeek (1927-1984) was an experimental filmmaker and visual artist best known for his live action and animated films. These were often presented as multi- screen installations to become layered filmic collages. VanDerBeek also created photomontages, often juxtaposing images and headlines from the media as a way to comment on current events. Before many artists integrated technology into their work, VanDerBeek investigated the ways art and technology could intersect. In the 1970s, he was invited to be the first artist-in-residence at MIT’s Center for Advanced Visual Studies.

VanDerBeek’s idea for Panels for the Walls of the World was to transmit collages to multiple locations via a Xerox Telecopy Machine (an early version of Fax technology). As they were received, the images would be assembled into a large grid on the wall following VanDerBeek’s layout. He conceptualized the work as ‘process art’ and a durational project that could reach many audiences at once. Arranged by the Institute of Contemporary Art in Boston in March 1970, the mural was simultaneously sent and constructed over time at Boston‘s City Hall, Children’s Museum, DeCordova Museum and the Elma Lewis School of Fine Arts.

In March 2022, the original components of Panels for the Walls of the World (constituting Phase I of the exhibition) were installed at Document Space in Chicago. New transmissions of the individual panels were sent from the VanDerBeek Archives in Brooklyn to Document Space, as well as to the Hyde Park Art Center and EXPO Chicago. Document’s exhibition was the first time the original components from VanDerBeek’s facsimile murals were publicly displayed, as well as the first re-transmission since the 1970s to multiple sites simultaneously, in keeping with VanDerBeek’s initial intentions. 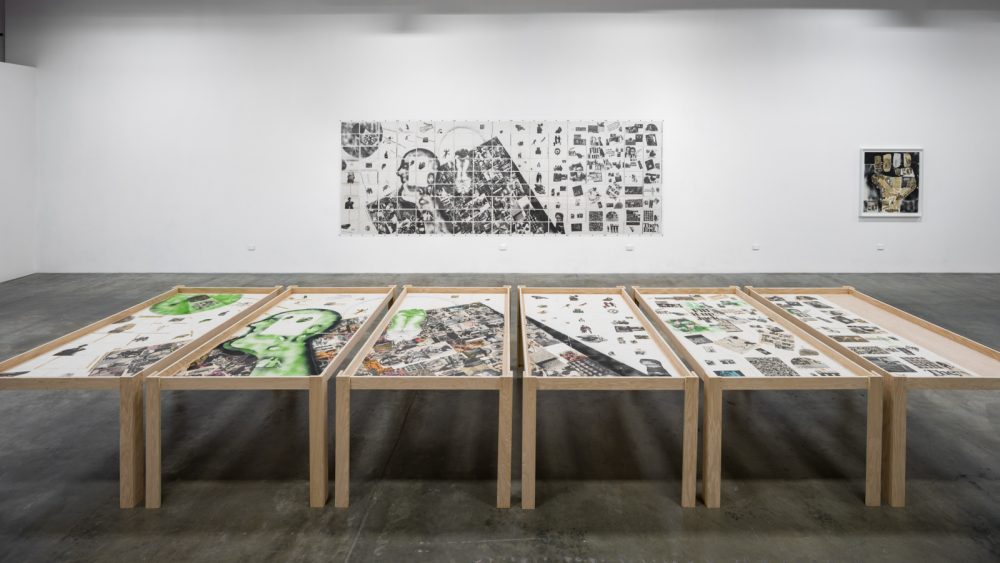 Phase II of the exhibition is at the Box LA. Here, the original paste-ups are displayed in separate vitrines and the first transmission is installed as a large grid spanning a wall. On an opposite wall is a new version of the transmissions made from saved PDF files that were emailed to the gallery from the archives, printed on site and installed as they arrived, over the duration of the exhibition. The completed Panels for the Walls of the World consists of 153 panels (8.5 x 14 inches each) that when shown together form a grid that is 6 feet high by 20 feet wide. The transmitted copies are black and white and pixelated, in keeping with the image quality of early faxes. 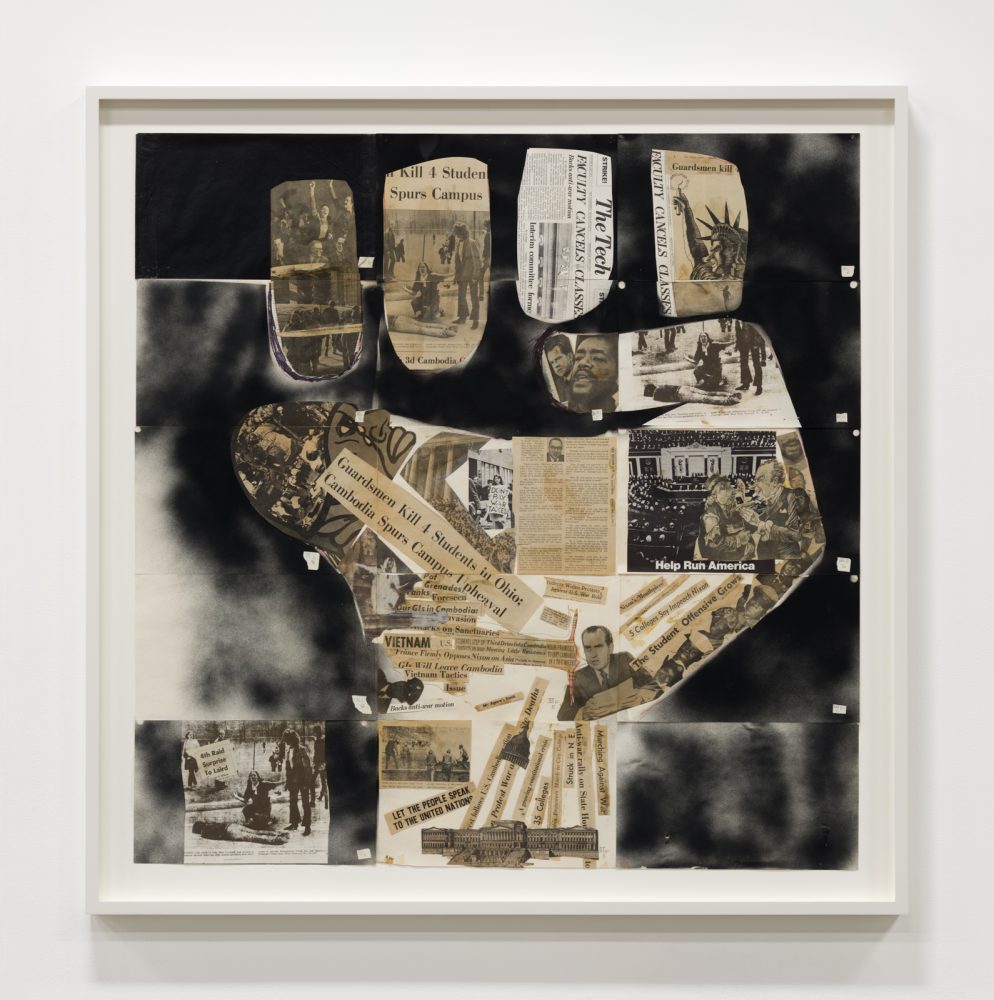 In the paste-ups on display, one becomes aware of the yellowing of the original newspaper pages, the fact that many of the photos were in color, as well as VanDerBeek’s hand work, which consisted of pencil and charcoal lines surrounding many of the images, as well as the presence of green-hued, drawn nude figures. VanDerBeek was among the first artists to embrace electronic technology and was forward thinking enough to investigate ways to send his art via phone lines from one place to another. 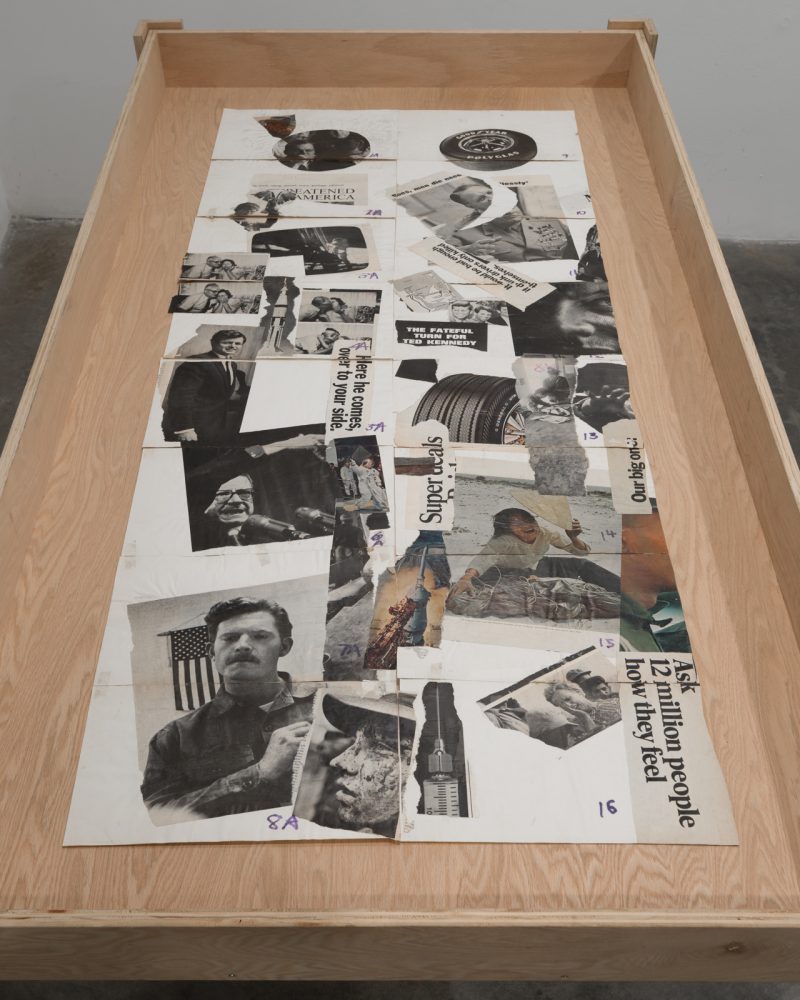 The work shows an interest in the collaborative process, as well as how a static work could develop over time, like a film. Today, Panels for the Walls of the World can be thought of as a time capsule documenting the events of the Vietnam War, Nixon‘s presidency, racism, protests, poverty. The work, while dated, is still current and extremely relevant. Archival photographs, drawings and documents about the project also accompany the exhibition, as well as the compelling Panels for the Walls of the World (Raised Fist), a 15-panel paste-up that illustrated the events around the Kent State killings shaped into a raised fist. 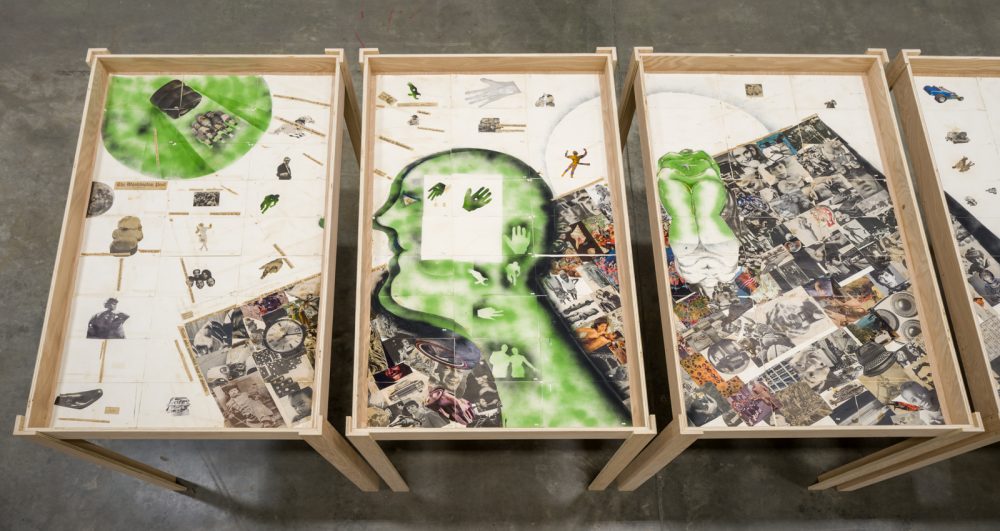 Panels for the Walls of the World Phase II, collage

While VanDerBeek’s collages share a kinship with Dada, Surrealism and John Heartfield‘s political photomontages, they are unique because they were conceived as a durational artwork to be sent over phone lines to multiple locations. The work pre-dates the internet and the ease of today’s instantaneous global communication systems. Early on, VanDerBeek understood the power of the media and technology and had the foresight to bring the two together, creating powerful works like Panels for the Walls of the World that still resonate today.