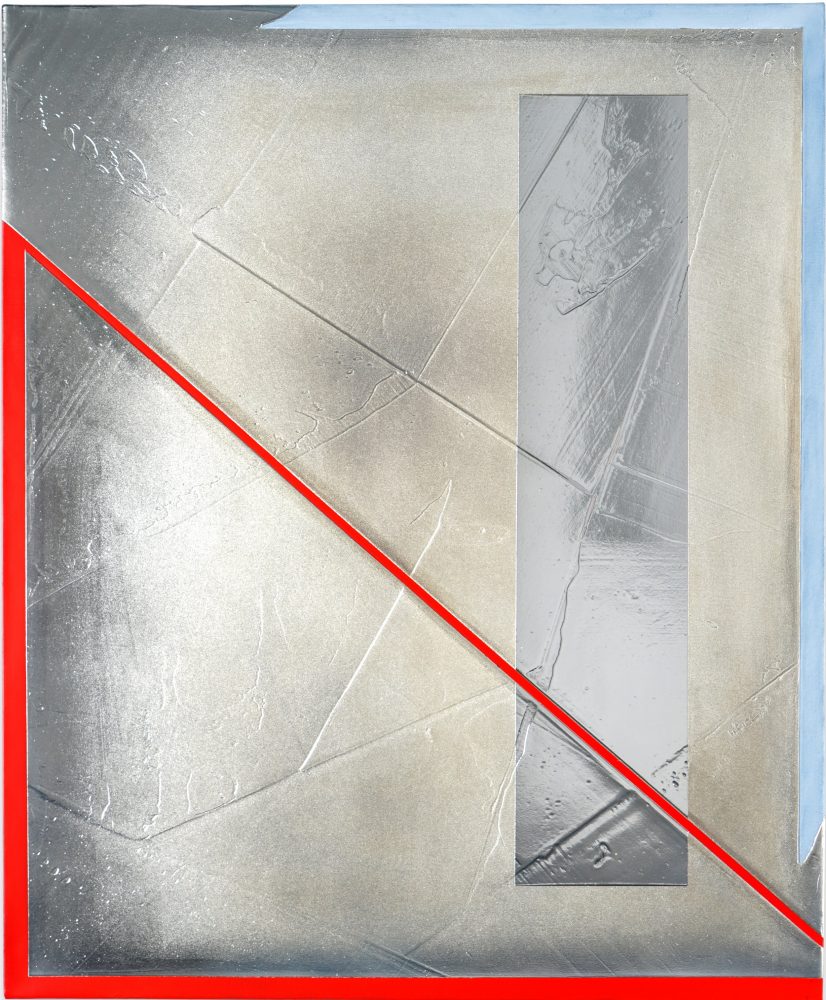 In Oscar Wilde’s version of Narcissus, the beautiful boy who falls in love with his reflection and drowns in it, is himself, a vehicle for the Lake to realize its own beauty. The two were parts of a whole, completing the other in a ‘oneness’ of synergism. This too was the objective pursued by medieval alchemists. In their quest to transform base metals into silver and gold, these proto-chemists were ultimately exploring a transcendental state of universal symbiosis. The idea was to ascertain the metaphoric principle of an omnipresent ‘oneness’ performed and exhibited in the material world through this transmutative process. Jimi Gleason’s experimentations in painting run tandem to undercurrents of alchemy’s microcosmic investigations into the nature of matter, and macrocosmic inquiries beyond the material world. He is reimagining and redefining the properties of the painted plane through challenging the limits of abstraction. William Turner Gallery will present Jimi Gleason: Prima Materia opening on Saturday, October 15, 2022 5-8PM and running thru December 3rd.

The alchemists in their ‘Magnum Opus’ sought to cipher a ‘Philosopher’s Stone,’ a mythical substance which would not only convert common metals into precious ones, but was the key to formulating the ‘Elixir of Life,’ resulting in immortality/eternal youth/spiritual emancipation. For Gleason, his prima materia is a solid bar of silver which is dissolved in concentrated nitric acid. Once the nitric acid has evaporated, the compound element, silver nitrate (AgNO3) a white, powdery solid remains. Silver nitrate is mixed with sodium hydroxide to create silver oxide which is dissolved in ammonium to create a compound that can be applied to the surface of the canvas with, in Jimi’s case, an airbrush. This industrial coating method is highly toxic, and physically demanding in its labor, characteristic of West Coast Minimalist’s and the Light & Space movement’s interests in exploring industrial materials and processes.

Harnessing the technologies of both the physical and chemical properties of metal, Gleason wields them onto the canvas, draped in lustrous pools of mercurial gilding. The reflective qualities of Jimi Gleason’s aniconic surfaces are mutable according to their environment and the viewer is presented with an experiential meditation with themself, while the two-dimensional surface is brought to life. Analogous to the dynamic between Wilde’s Narcissus and the Lake, the audience’s interaction with the work is fundamental to its occupation, as light and the observer activate the surface. The phenomenological sensations and perceptions are negotiated by the individual and therefore, never stagnant, while the kinetic mutations are infinite in their kaleidoscopic iterations. It is in this reciprocal altruism, where object and audience merge to create an esoteric alchemy of annexing the exterior with the interior worlds of the profane and the sacred – as above, so below. Ultimately, unified as a whole, they – like Narcissus and the Lake, complimentarily realize one another.