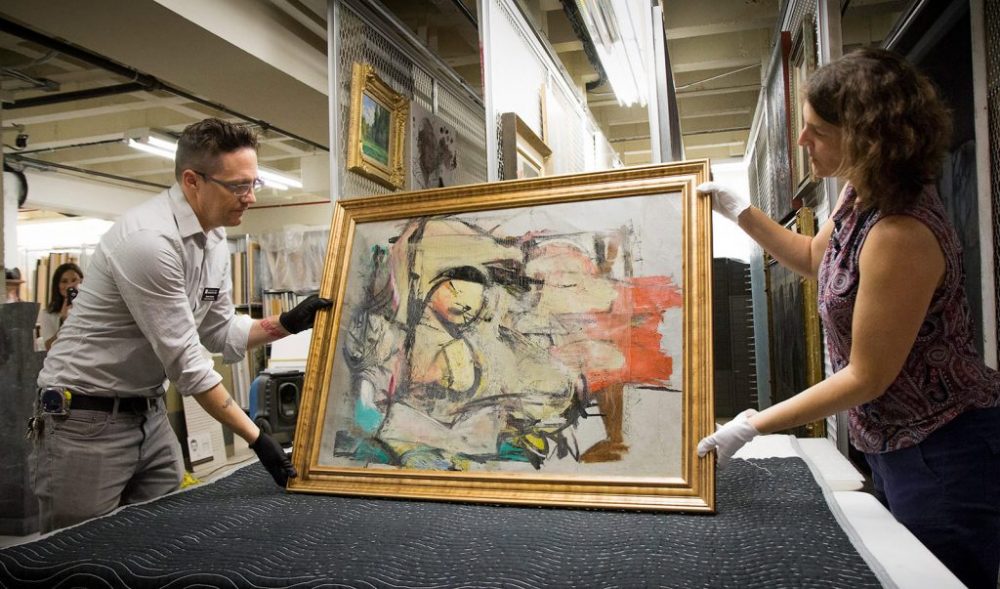 A painting by the Abstract Expressionist Willem de Kooning has been rehung in the Arizona Art Museum, where it disappeared in 1985. Conservationists have restored the painting, at the Getty after being severely damaged by the thieves.

The iconic “Woman-Ochre,” was returned to the University of Arizona Museum of Art by a good Samaritan from New Mexico. Preliminary authentication confirmed it was the masterpiece, a well-documented painting.

The painting is part of six works in the artist’s “Woman” series. Several united in the Abstract Expressionist exhibition at the Royal Academy in London last Autumn. Recently Hedge fund billionaire Steven A. Cohen purchased Woman II (1952) for $137.5m from dealer/collector and music mogul David Geffen. The deal was brokered by the billionaire art dealer Larry Gagosian in November 2006.

This is a monumental moment for the museum,” said Meg Hagyard, director of UAMA. The University of Arizona (UA) painting was cut out of its frame in a campus gallery by a man and a woman who followed a museum staff member inside at approximately nine am9 on November 29, 1985. The woman distracted the security guard while the man went upstairs and cut “Woman-Ochre” from its frame with a sharp blade. The two hurried out of the museum and never returned. The heist took no more than 15 minutes.