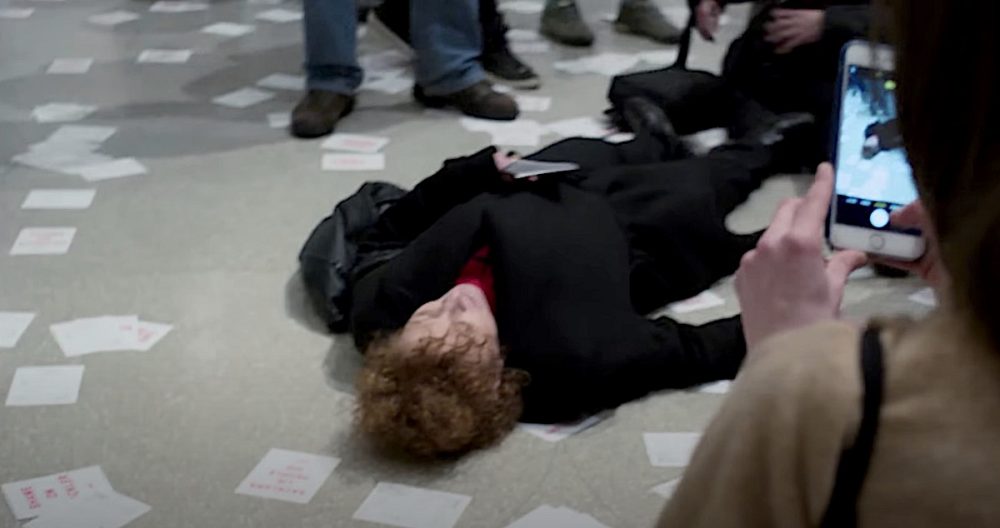 All the Beauty and the Bloodshed, 2022, directed by Laura Poitras

A new documentary film exploring the career and activism of the American Photographer Nan Goldin and the fall of the Sackler family has taken the top prize at the Venice Film Festival. All the Beauty and the Bloodshed, 2022, was directed by Laura Poitras, who has thoughtfully portrayed recent historical events.

The film examines the life and career of photographer and activist Nan Goldin and her efforts to hold Purdue Pharma, owned by the Sackler family, accountable for the opioid epidemic. Goldin, a well known photographer whose work often documented the LGBT subcultures and the HIV/AIDS crisis, founded the advocacy group P.A.I.N. (Prescription Addiction Intervention Now) in 2017 after her own addiction to Oxycontin. P.A.I.N. specifically targets museums and other arts institutions to hold the art community accountable for its collaboration with the Sackler family and its well publicized financial support of the arts.

Poitras said, “Nan’s art and vision have inspired my work for years and have influenced generations of filmmakers.” The film premiered on September 3, 2022, at the 79th Venice International Film Festival, where it was awarded the Golden Lion making it the second documentary (following Sacro GRA in 2013) to win the top prize at Venice. It also will screen at the 2022 New York Film Festival, where it will be the festival’s centerpiece film, and Goldin will design the official poster. The film’s distributor, Neon, said that the theatrical release would coincide with a retrospective of Goldin’s work at the Moderna Museet, set to open on October 29, 2022.