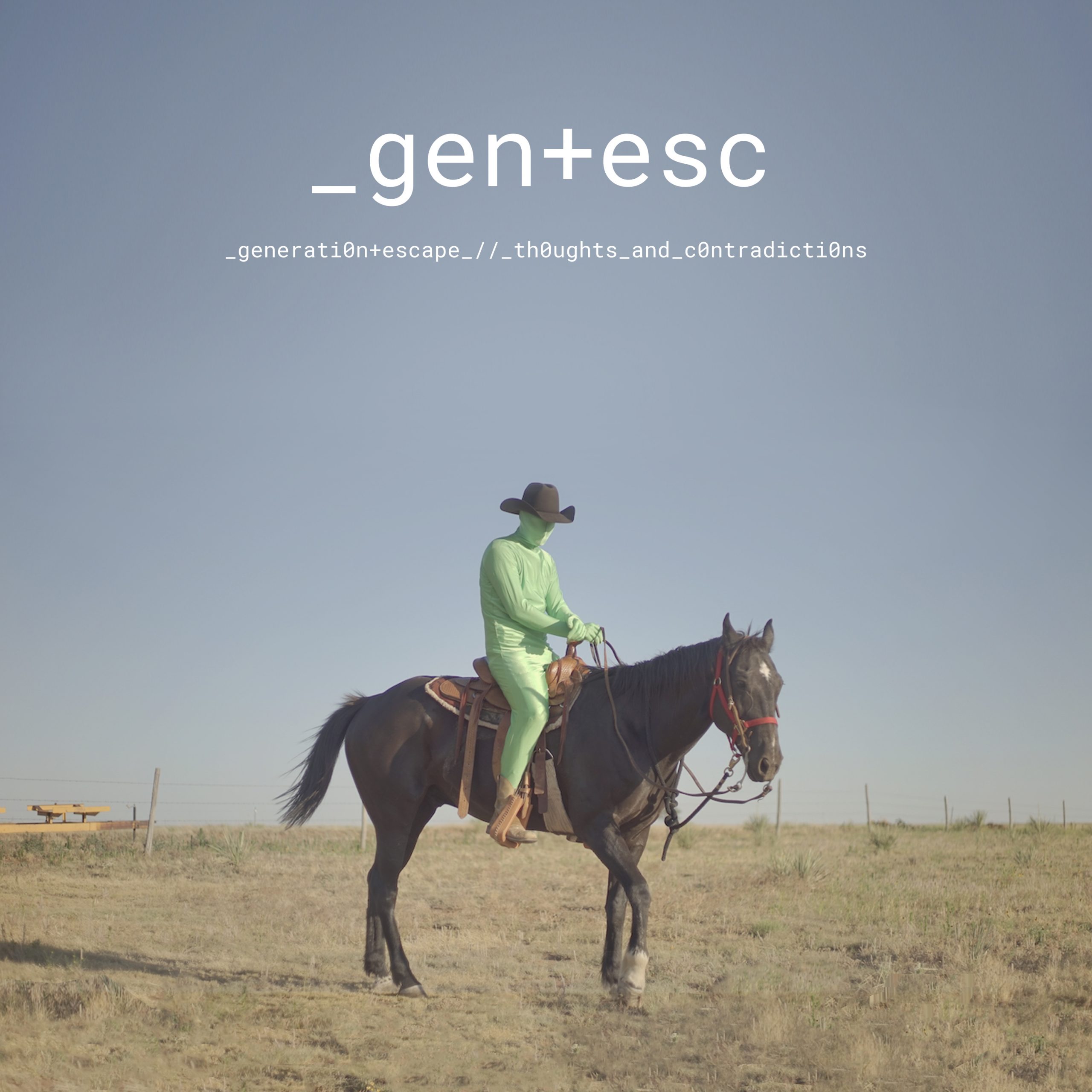 The Nomad Gallery will open their brick and mortar space in West Hollywood with the art film exhibition titled _gen+esc (generation+escape) by Rabi. This simultaneous debut of Nomad Gallery and Rabi’s collection of works is a collaboration between cross-genre new media and an experiential space that work together to push beyond traditional bounds, both in a gallery format and body of work.

_gen+esc is a series of short art films that explores the relationship between identity and the artistic process. Each short-format film interrogates the role of image in personal narratives and reimagines the embodiment of self, depicting a world free of conventional posturing. Each piece features an artist in a green suit sharing their most intimate spaces and thoughts while a flurry of visual references that echo the onslaught of media overload are superimposed onto their figure. As they discuss themes of identity, belonging, process, and coping with global change, commonalities of escapism and contradiction arise among them all. These videos, displayed on WHIM digital art canvases, offer a window into the exploration of identity and the artistic process.

In this wholly interactive experience, guests will be invited to utilize AR technology that casts imagery onto green-screen components throughout the space, including the building’s facade and various sculptures. Exclusive NFTs and prints will be available throughout the exhibition. _gen+esc opens on September 15, 2022 and will remain on view until October 15, 2022.

Rabi is a LatinX visual artist of Puerto Rican and Polish descent from Los Angeles. As a child of two immigrants, Torres quickly found comfort in the multifarious atmosphere of American life. Themes of contradiction, duality, and sociopolitical philosophy loom throughout his aesthetic. He is well-known for being the co-founder of the art collective CYRCLE, which gained international notoriety and allowed him to take his love of public art and installation to a wider audience. Rabi’s works can be seen in public and private collections including that of Shepard Fairey, Ari Emanuel, Sean Combs, Museo de Arte Contemporáneo de Puerto Rico, MOCA Detroit, MGM Grand in Las Vegas, The Art of Elysium, and the Contemporary Art Center in New Orleans.