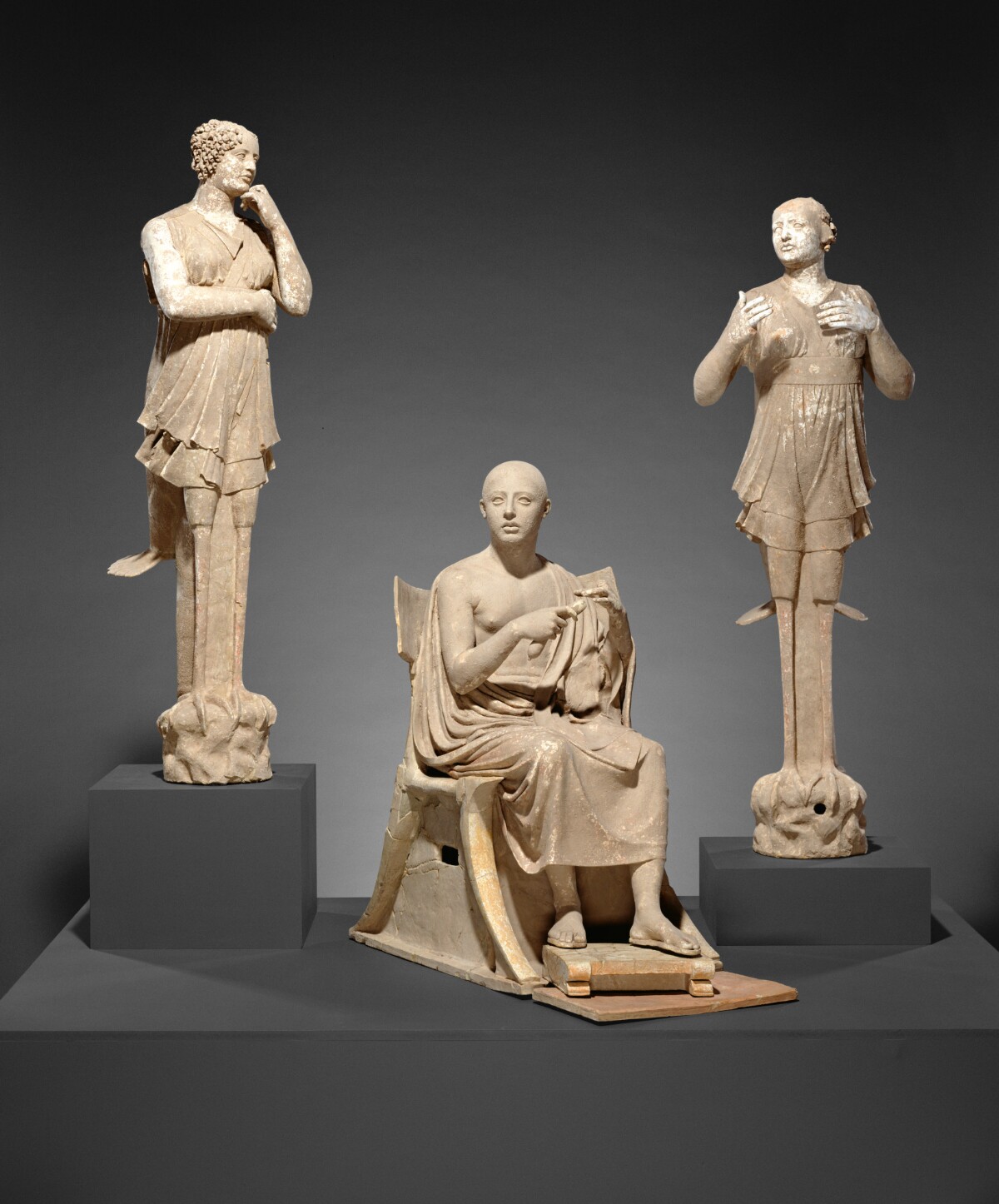 The J. Paul Getty Museum in Los Angeles has announced it will return to Italy the Sculptural Group of a Seated Poet and Sirens, a group of life-size terracotta figures also known as Orpheus and the Sirens.

The Museum is also working with the Ministry of Culture to arrange the return of four other objects at a date to be determined.

In accordance with Getty’s policy of returning objects to their country of origin or country of modern discovery when reliable information indicates that they were stolen or illegally excavated, the Museum has removed the objects from public view and is preparing them for transport to Rome in September, where they will join collections to be designated by the Ministry of Culture.

“Thanks to information provided by Matthew Bogdanos and the Antiquities Trafficking Unit of the Manhattan District Attorney’s Office indicating the illegal excavation of Orpheus and the Sirens, we determined that these objects should be returned,” said Timothy Potts, Maria Hummer-Tuttle and Robert Tuttle Director of the Getty Museum.

The extreme fragility of Orpheus and the Sirens requires specially tailored equipment and procedures—an area of expertise in which Getty has extensive experience.

Recent research by Getty and independent scholars also determined that it is appropriate to return a second-century AD colossal marble head of a divinity; a second-century AD stone mold for casting pendants; an oil painting entitled Oracle at Delphi, 1881, by Camillo Miola; and a fourth-century BC Etruscan bronze thymiaterion. The first three of these objects were acquired by J. Paul Getty and the Getty Museum in the 1970s; the fourth in 1996. None of these objects have been on public view in recent years. Getty is currently working with the Ministry of Culture to arrange their returns.

“We value our strong and fruitful relationship with the Italian Ministry of Culture and with our many archaeological, conservation, curatorial, and other scholarly colleagues throughout Italy, with whom we share a mission to advance the preservation of ancient cultural heritage,” Potts said.