Adam Parker Smith Crushing It at the Hole 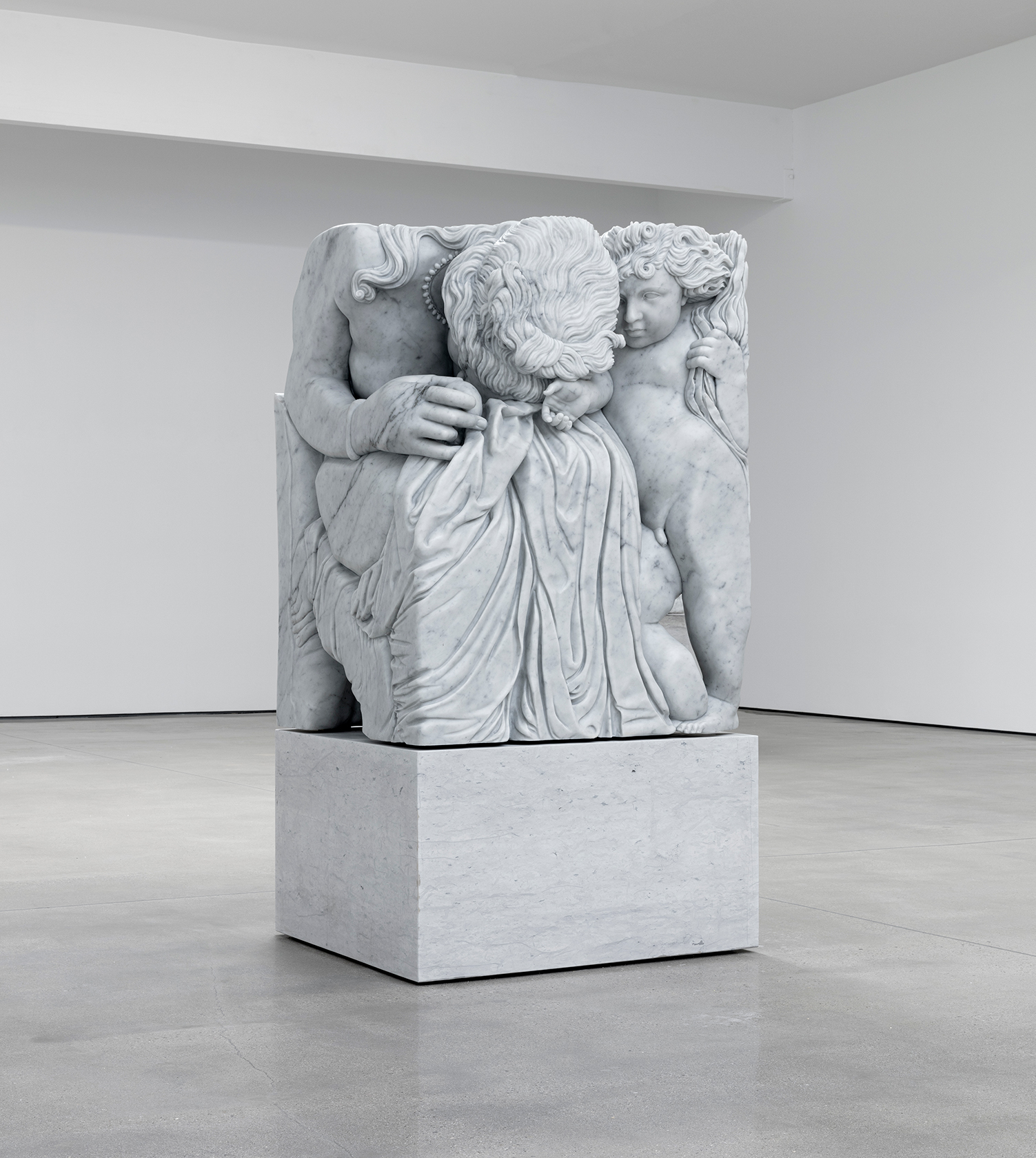 The Hole is presenting six new sculptures by Adam Parker Smith in the form of Crush, his fifth solo exhibition with the gallery. While furthering Smith’s stylistic sense of humor and long-standing investigation into the legitimacy of classical forms, this show represents a monumental departure for the artist in terms of material and scale. Crush will be on view from June 11–August 20, 2022 at The Hole L.A.

Standing, or resting, at one cubic meter each, Smith’s new sculptures are at first glance both instinctively recognizable and bizarrely different – it’s as though the canon of classical statuary has been put through a trash compactor. The artist – working with a team of master carvers, a seven-axis reductive robot, and the digital research teams at museums like the Uffizi – has rendered some of the greatest hits of Hellenic sculpture in 3D modeling programs, before compressing each of them into a compact cube, painstakingly chiseled out of a Carrara marble block. The ancient stone draws a material through-line between the sculpture Smith has chosen for his antic homage – Apollo of Belvedere, Cupid Triumphant, Bernini’s David, and others – the better to defamiliarize these paradigmatic works as they appear before the viewer, radically reshaped.

Smith, who has previously cast Grecian urns and Meissen vases out of resin, spaghetti and red sauce, is no stranger to ancient forms and their modern upending. The basis of the humor which he says often catalyzes his new works are really an oblique way of questioning how we view and connect with classical objects: often, with a false sense of distancing and veneration over creations still alive to contemporaneity. In the case of classical Greco-Roman and Renaissance sculpture, its fastidious preservation and mass reification belies the fact that such sculptures in ancient times were painted in imitation of life – and may have held for the Greeks and Romans the same thrill of proximity as selfie-stick users today feel inside of a Madame Tussauds.

In addition to the effect of his refashioning, Crush also alludes to Smith’s complex feelings for these statues, which he first spent real time with while living in Rome. The artist notes that, whether in imitation of or response to these figure’s deific faces, ancient sculpture often inspires feelings of overwhelming adoration. We look at these perfect bodies as both an ideal and a similar; their scale and positioning suggests that we might attempt to see them eye-to-eye. In Crush, Smith is doing something else, concentrating these forms into blocks so that specific objects collapse to the form of a unit – the kind that might be shipped, stocked, counted or measured. As he has demonstrated elsewhere with Giambologna’s three-figure Rape of the Sabines, such canonic blocks are stackable. In doing so, he interrupts the admiration and ardor we impose on such forms, allowing us to see them in a profoundly new way.