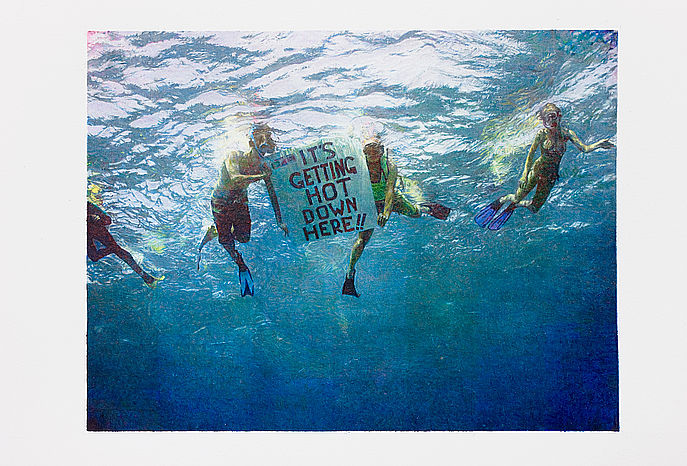 The Hammer Museum at UCLA presents the first museum retrospective surveying more than two decades of work by the Los Angeles–based artist Andrea Bowers (b. 1965, Wilmington, Ohio). Bowers has built an international reputation as a chronicler of contemporary history, documenting activism as it unfolds and collecting research on the front lines. Her large-scale installations, detailed color pencil drawings, and impactful videos speak to deeply entrenched inequities and the work of generations of activists fighting for immigration rights, workers’ rights, climate justice, and women’s rights. Andrea Bowers brings together approximately 90 works spanning drawing, performance, installation, sculpture, video, and neon as well as a trove of ephemera. Co- organized with the Museum of Contemporary Art Chicago, the exhibition is on view at the Hammer from June 19 to September 4, 2022.

“Andrea Bowers’s work is always timely, always urgent, and always powerful. We are thrilled and honored to present this retrospective of her decades-long practice of bringing together art and activism. We share the pursuit of using art as a platform to create a more just world and shine a light on the important work of movement leaders and activists,” said Hammer director Ann Philbin.

For over 30 years, Bowers has used her artistic practice as a political exercise, a narrative platform that she lends to movements of social and political activism on some of today’s most pressing issues.

Bowers embeds with different activist organizations to create work in service of the individuals, groups, and pressing issues they champion. As a whole, her work is a musing on the role of the artist as ally, and art as a vehicle for political and social justice.