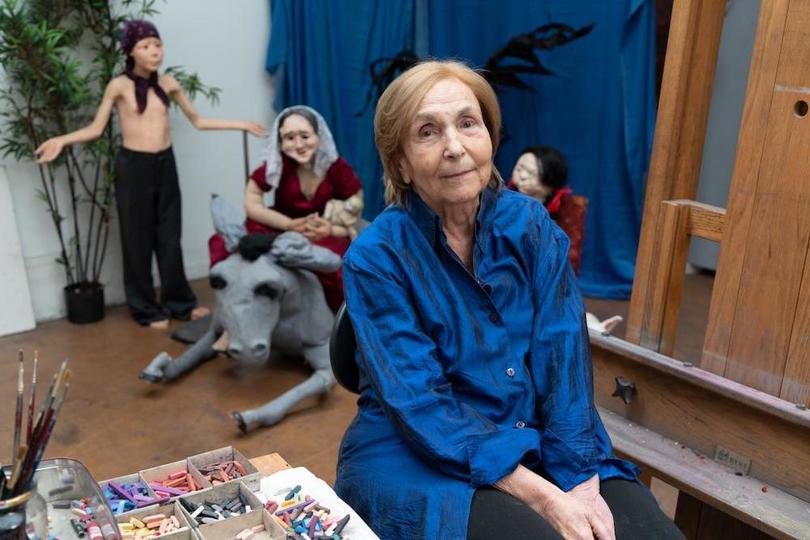 Her gallery, Victoria Miro put out the following statement; “It is with immense sadness that we announce the death of the Portuguese-born, British artist Dame Paula Rego. She died peacefully this morning, after a short illness, at home in North London, surrounded by her family. Our heartfelt thoughts are with them”.

Born in 1935 in Lisbon, Portugal, Dame Paula Rego, RA, studied at The Slade School of Fine Art from 1952 to 1956. She lived and worked in London in her Kentish Town studio.

An artist of uncompromising vision and a peerless storyteller, Rego, since the 1950s, brought immense psychological insight and imaginative power to the genre of figurative art. She was married to the artist Victor Willing, and they were considered a powerhouse couple in the 1960s.

Drawing upon details of her own extraordinary life, on politics and art history, on literature, folk legends, myths and fairytales, Rego’s work at its heart has been an exploration of human relationships, her piercing eye trained on the established order and the codes, structures and dynamics of power that encourage or repress the characters she depicted.

Often turning hierarchies on their heads, her tableaux, whether tender or tragic, considered the complexities of human experience and women’s experience in particular. Rego was mainly celebrated for works that forcibly address aspects of female agency and resolve, suffering and survival, such as the Dog Women series, begun in 1994, and the Abortion series, 1998–99, which is considered to have influenced Portugal’s successful second referendum on the legalisation of abortion in 2007, and the recent series Female Genital Mutilation, 2008–09.