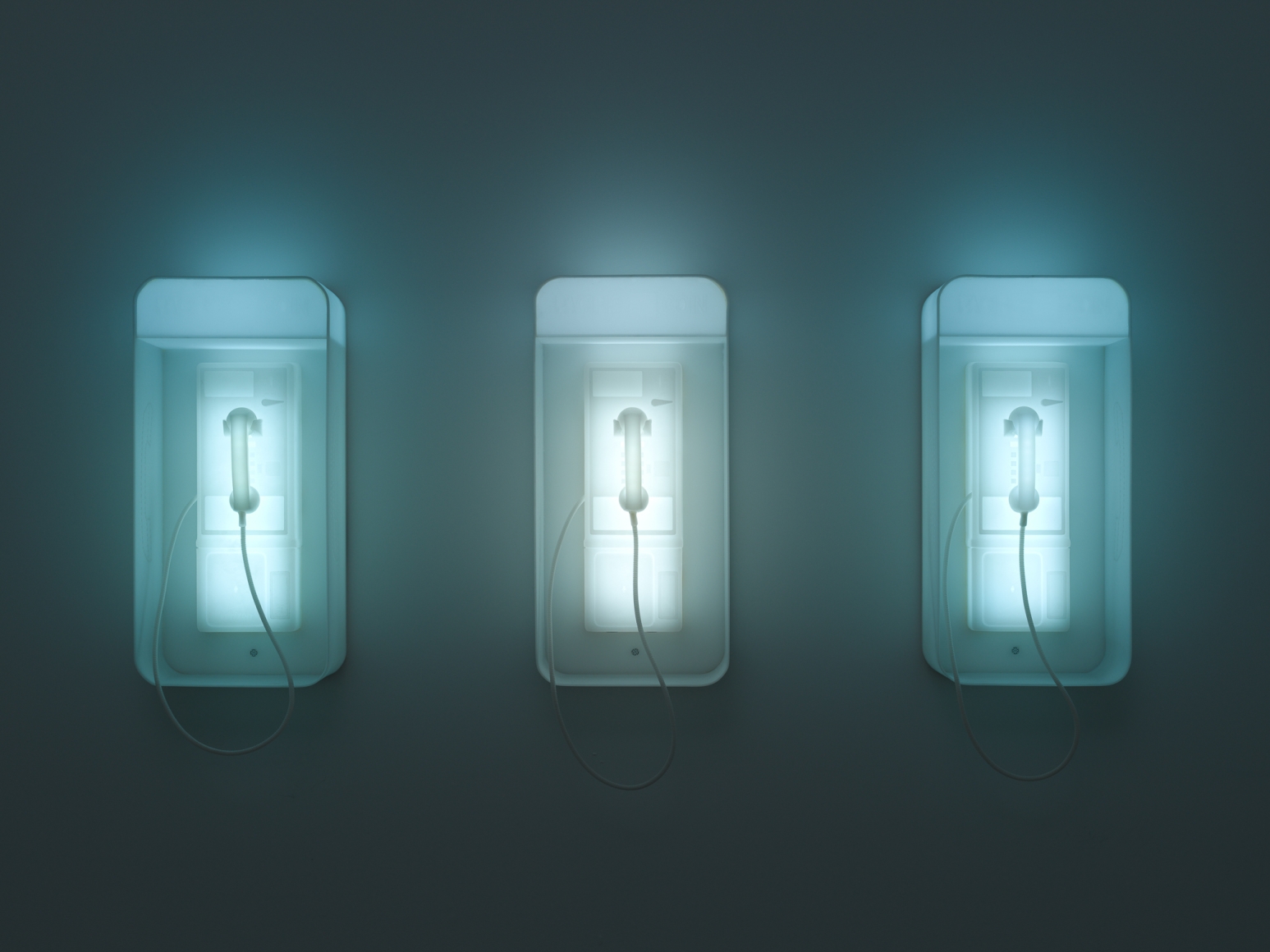 Wilderness is a film installation that uses a series of song cycles created by Aitken to narrate and capture the modern landscape as it moves from day into night. The artwork flows from person to person, following a subconscious thread where sound and language create the connective tissue. The piece was filmed over two and a half years on the same stretch of urban beach, within a one-mile radius of the artist’s home.

Is this edge of land a boundary, a space where there is nowhere left to go, or is it a liminal space that looks towards the future? Much of Wilderness is improvisational; a vast tapestry of individuals and groups of people. The crowds flow in and out like the tide, filling the beach during the day and emptying in darkness, a never-ending cycle at land’s end.

In an age of hyper-interconnectivity, dominated by screens and the hum of synthetic light and sound, Aitken juxtaposes this technological undercurrent with the moment where masses of people ritualistically watch and record the setting sun in a trancelike state.

The lyrics sung in the film are AI-generated digital voices that form a fragile structure and express a collective consciousness. The voices sound raw and vulnerable, their message grows increasingly restless, evolving as the digital undertone builds as the work progresses into night.

As darkness descends, Wilderness transitions from moments of fragility and introspection to a scene that explores a collective manic energy. Wildfires become visible in the distance, a crowd forms on the beach in cathartic movement. The work intensifies and a feeling of aggression and agitation permeates; the digital voices erode into white noise. Synthetic light replaces the life-giving sun; cell phones glow, streetlamps come alight, car headlights pulse and bathe lone passengers in neon hues. The gray areas between day and night, reality and fiction, life and death blur.

Ecological questions arise, the beach shapeshifting from a space of escape to appearing as a wasteland. It is a natural space that barely contains the urban expansion. In a final sequence the phrase “Exit Earth” pixelates and disintegrates, much like the physical ecosystem.