L.A. Louver Presents “Frederick Hammersley: Out of the Blue” 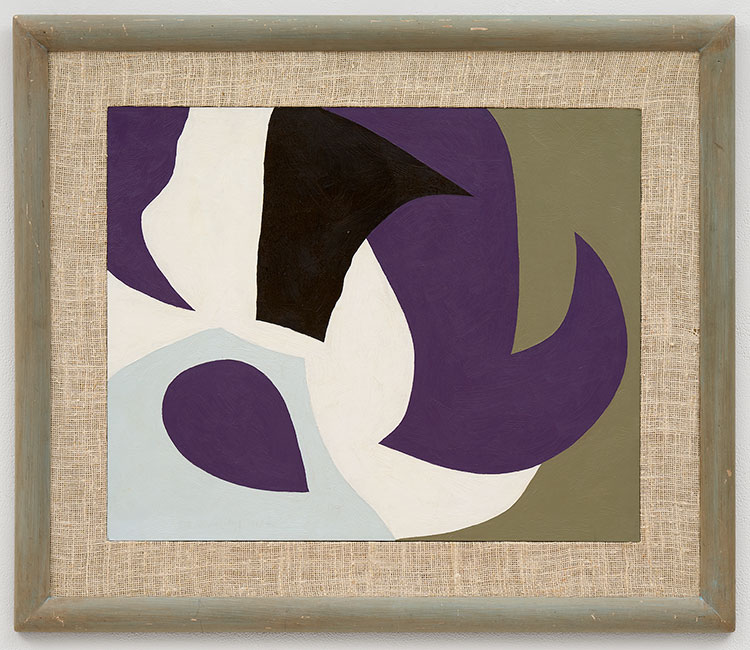 On May 11, 2022, L.A. Louver will present Frederick Hammersley: Out of the Blue, a survey exhibition of the artist’s work from 1945 through the mid- 1980s. The exhibition includes a wide range of medium: painting, drawing, col- lage, printmaking and photography, and a focus on hard-edge and organic ab- straction. Drawn from six private collections, many of the works are being shown publicly for the first time.

Heralded as “one of the most sophisticated painters to emerge in post-war Los Angeles,” (Hunter Drohojowska-Philp) and his paintings “the best-kept secrets in the art world and easily the most ravishing… full of rigor and cosmopolitan wit,” (Dave Hickey), this exhibition encapsulates the rich diversity of Hammer- sley’s creativity. Berlin Street 1945, photographed by the artist while stationed in Europe at the end of WWII, sets the stage with its graphic composition. Ear- ly hard-edge paintings, including the large-scale (49 x 37 inches) Seed, #16 1962, notable for its subtle palette, Inside, #8 1962, and the distilled essence of the diminutive (4 x 3 7/8 inches) Clinch, #10 1963, demonstrate Hammers- ley’s sensitive eye and masterful use of color. As with all the artist’s hard-edge works, Hammersley developed composition through careful planning: making notebook drawings and color test studies prior to the execution of each painting. In 1964, with a burst of creative activity, Hammersley moved away from hard- edge and towards intuitively derived abstractions. Five works represent this fer- tile year including Engagement, #13 and the eponymous Out of the blue, #15, both stunning examples of the artist’s approach to organic composition. They are exhibited alongside two “cut-ups”: A la carte, #32c and Quarter final, #33c in which the artist took his own painted abstractions, literally cutting up the painted boards, and rearranging the segments to make fresh compositions. Hammers- ley’s openness to materiality is also evidenced by the exhibition’s inclusion of a rare collage titled Small clatter, 1964.

While making his abstractions, Hammersley continued to draw the figure and paint still-lifes. This practice fed his eye with color, shape, form and texture; and the exhibition features several of these studies, including a remarkable single line self-portrait in ink. And irrespective of subject or medium Hammersley would consider each work complete only after he had given it a frame of his own mak- ing, and a title selected from a list he maintained of favorite words and sayings.

Born in Salt Lake City, Frederick Hammersley (1919 – 2009) studied at the Chou- inard Art Institute, Los Angeles. In 1942, he was drafted into the army, and spent several formative years in Europe, before returning to the US in 1946 to resume his studies, subsidized by the GI Bill. Hammersley went on to teach (at Jepson, Pomona College, Pasadena Art Museum and Chouinard), and throughout the 1960s exhibited widely in California. Recognized by curators Jules Langsner and Lawrence Alloway, Hammersley was included in the landmark exhibition Four Abstract Classicists, which was seen at San Francisco Museum of Modern Art; Los Angeles County Museum of Art; ICA, London, and Queens University Belfast. He went on to have solo shows at the Pasadena Art Museum, 1961; the California Palace of the Legion of Honor, San Francisco, 1962; and the Santa Barbara Mu- seum of Art, 1965 among others. In 1968, Hammersley accepted a teaching post at the University of New Mexico, and while he stayed at UNM for only three years, remained in Albuquerque for the rest of his life.