Anthony Lepore: ‘Time’s A Taker’
Investigating Boundaries Between the Actual and the Manipulated 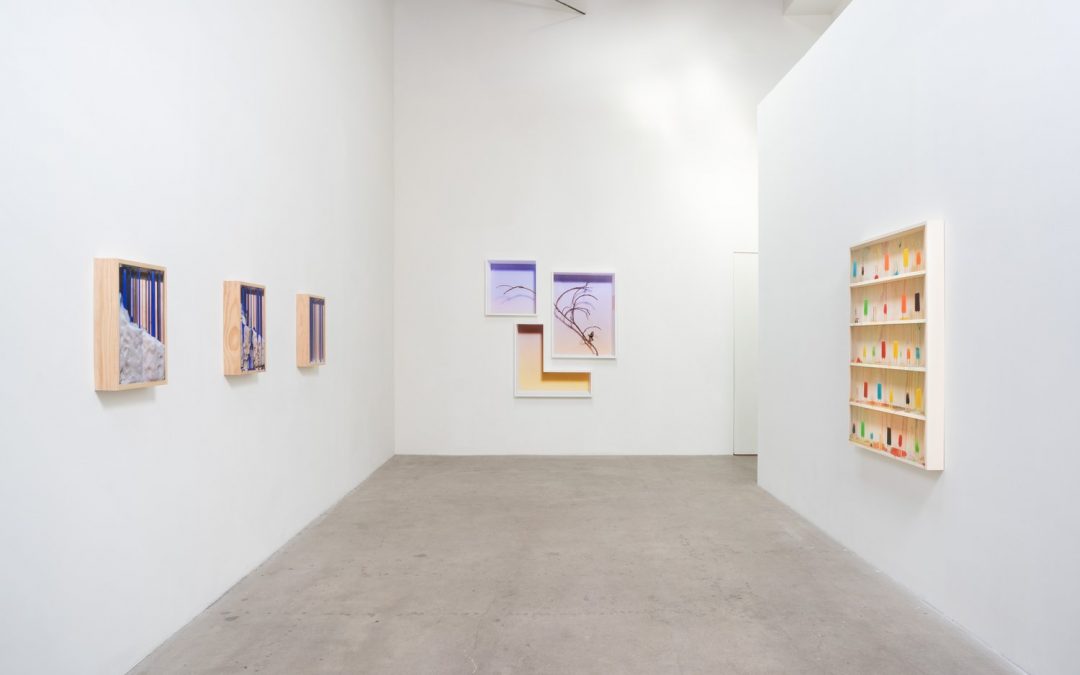 In some ways, the history of photography can be thought of as a trajectory of invention and amazements. The first images (almost 200 years ago) were created with box cameras and had long exposure times (lasting hours, or even days) that could not capture motion— a far cry from the speed, immediacy and bombardment of photographs made using digital cameras. Today it is common to question photographic veracity as many images are created from multiple exposures or negatives and composited together. Yet, photography still has the ability to be magical and many artists working with it celebrate its uniqueness as a medium, especially the camera’s ability to distort perspective and create illusions. 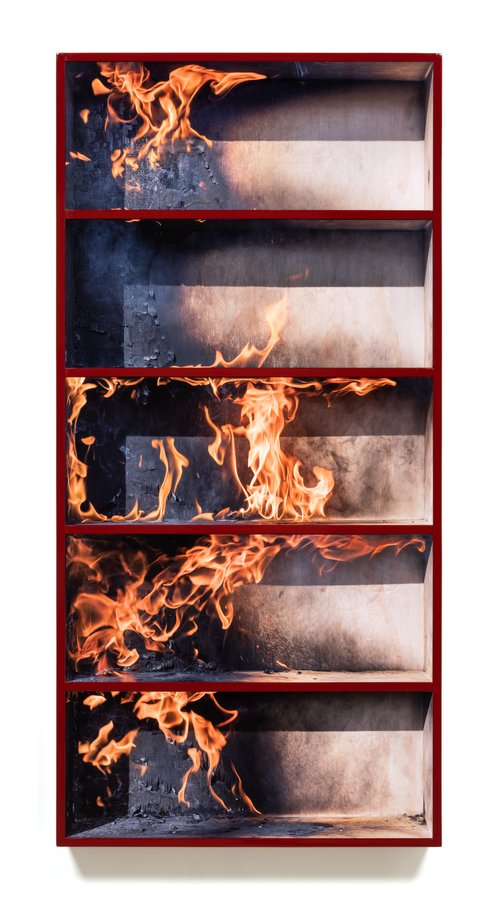 Anthony Lepore explores this sense of play in ways related to though distinct from another Los Angeles-based photographer, Chris Engman. Both artists employ tromp l’oeil, arranging objects and constructing scenes created for the camera that are then photographed from specific vantage points to purposely engage with the boundaries between what the eyes see and what is actually presented. Lepore’s constructed images also recall photographs by Matt Lipps, who has arranged cut-outs from Time-Life‘s educational volumes on photography onto carefully lit shelves. These sets-ups are dramatically lit, re-photographed and presented at more than double life-sized. Lipps’ clever arrangements are meant to suggest new associations and relationships between historical images. 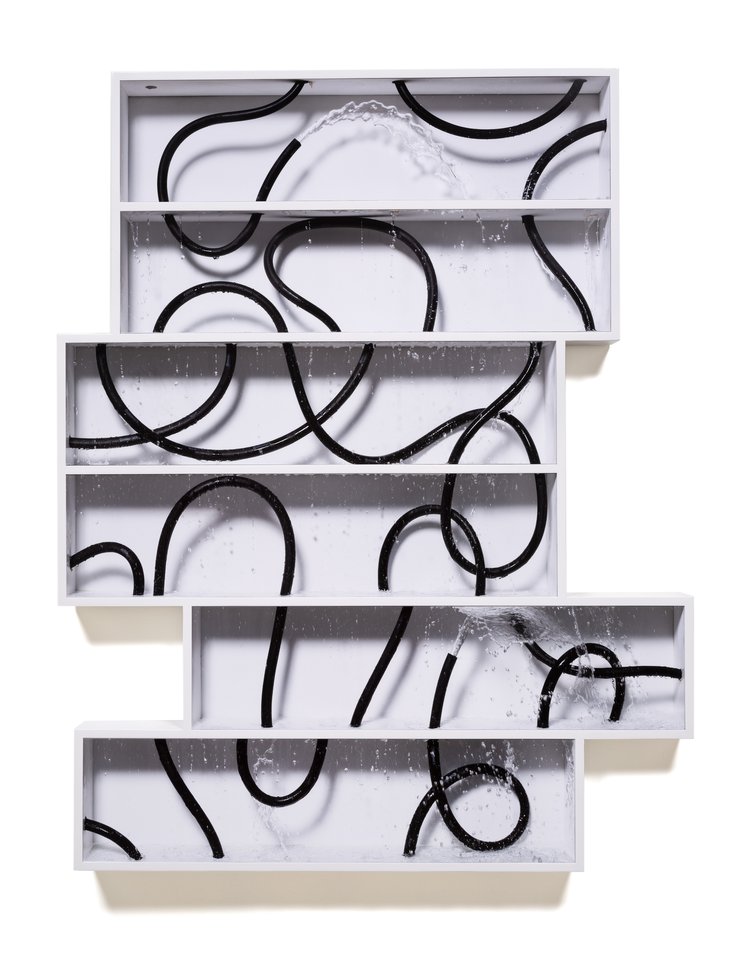 In many images from his compelling exhibition, Time’s A Taker, Anthony Lepore combines multiple photographs of ordinary objects positioned on and framed by wooden shelves. I Yield My Time (all works 2022), depicts colorful, double stick popsicles in a rainbow of colors and varying stages of disintegration. The melting blue, green, yellow, orange, red and purple popsicles are photographed as if attached to plywood shelves, standing upright like headless figures presiding over multi-colored puddles. To create the illusion, Lepore photographed alternating sets of six or seven popsicles against a wooden background stained with colored drips from slightly different heights which allowed the perspective to change, ranging from just below to somewhat above the shelves. 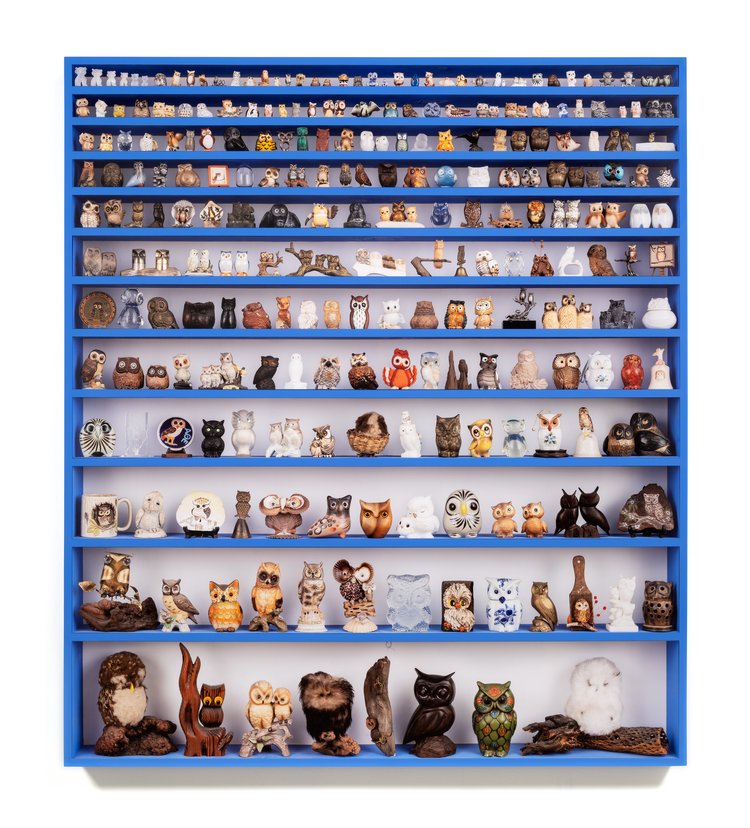 Each of the five slightly different photographs is mounted within a wooden frame that appears to be the actual shelves Lepore used to create the images. The result is a photograph and a sculpture simultaneously. Working on Us, comes across as a large photographic print of different-sized owl figurines/tchotchkes arranged by height— smallest to largest— across twelve sky blue shelves. Similarly to I Yield My Time, Lepore presents twelve photographs of the objects sitting on the shelves, shot from varying perspectives, mounting the images within a blue frame that brings the photograph back into three-dimensional space. While the array of owls is a strange and curious collection, the image is more about shifting photographic expectations than the nuances of these knick-knacks. 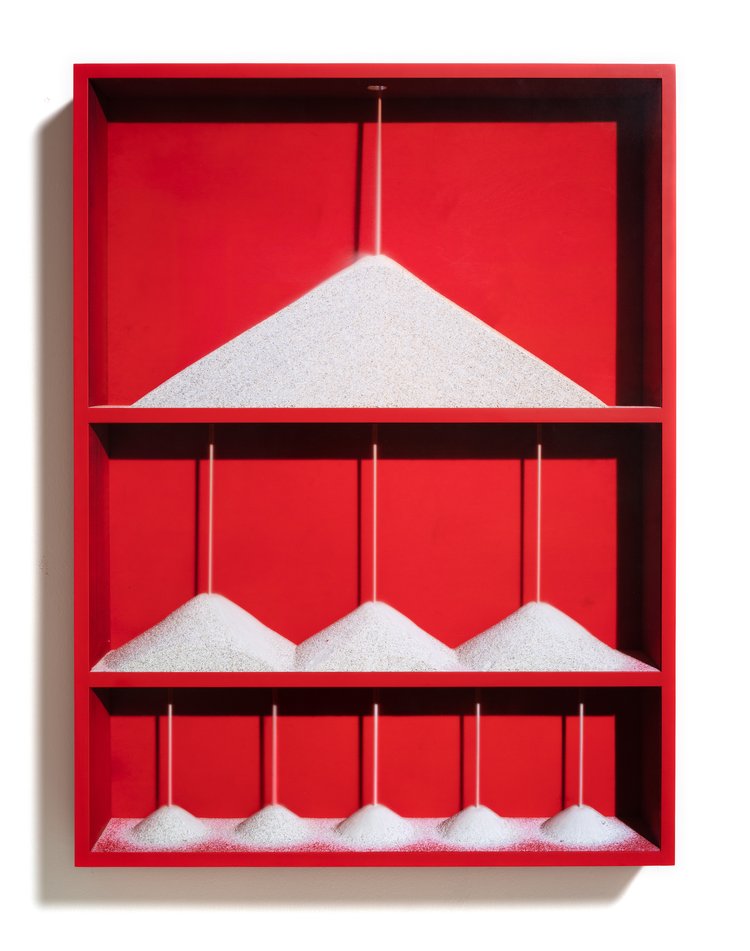 Days of Our Lives

Down to Sand appears to defy gravity. In this image, Lepore photographed groupings of small rocks nested within triangular spaces framed by two slats of wood in the form of an X within a wooden box. The lighting and therefore the shadows are simultaneously correct and impossible. The rocks that fill each of three triangular areas act as if gravity is pulling them toward the center of the X. This makes sense for the top grouping, but not for the bottom and left quadrants, and creates the illusion that the rocks were photographed in these positions rather than assembled after the fact. 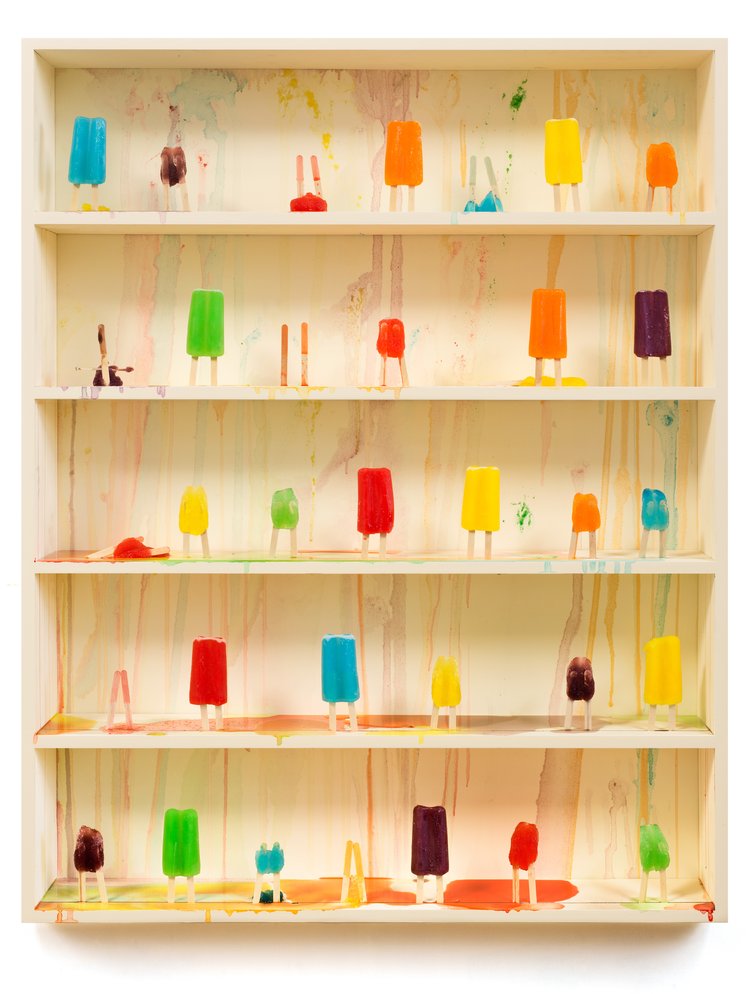 I Yield My Time

Nothing Burns Forever and Keeping it Together are also playful works that indulge in their impossibilities. In Nothing Burns Forever, Lepore depicts orange and yellow flames confined within separate sections of a dark-red bookshelf. Again, he has carefully lit the individual images to suggest both one and multiple different vantage points, while the flames are strangely contained within their distinct shelves. Similarly, in Keeping it Together, Lepore imagines what would happen if a garden hose spurting water this way and that was threaded through multiple displaced shelves. Sometimes they seem contiguous, while at other times they emerge from a different spot. 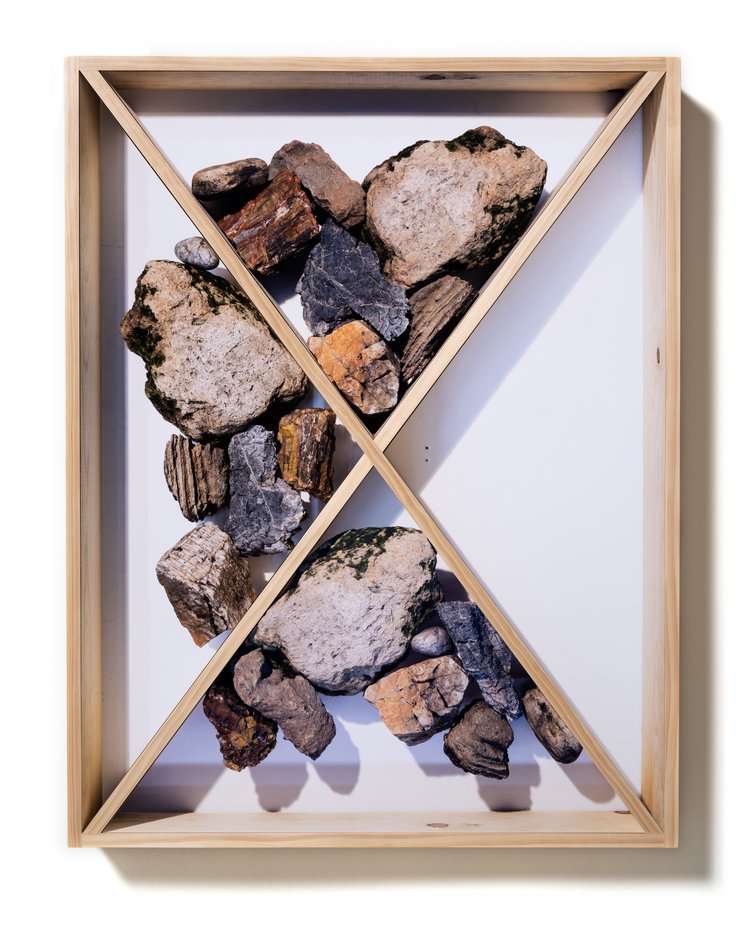 In these enigmatic images, Lepore creates fictions, yet because they are photographs, they purport to depict truths. It is these contradictions that are at the root of Lepore’s investigations. He takes advantage of our tendency to assume a photograph captures one moment in time. Instead, he fabricates moments by assembling multiple images meant to be seen together, expanding the notion of time. Are we meant to believe that the sand moving through the hole at the top of a red “box” to form a triangular mound in Days of Our Lives is simultaneously flowing from three holes below the first mound and five holes below that to form a composition of sand piles that diminish in size?

Lepore cannot stop time, but can assemble three different views with such precision that it is hard not to think he captured a moment that cannot exist. Time’s A Taker continues Lepore’s investigations of staged photography and where the boundaries between what is actual and how it can be manipulated co-exist.