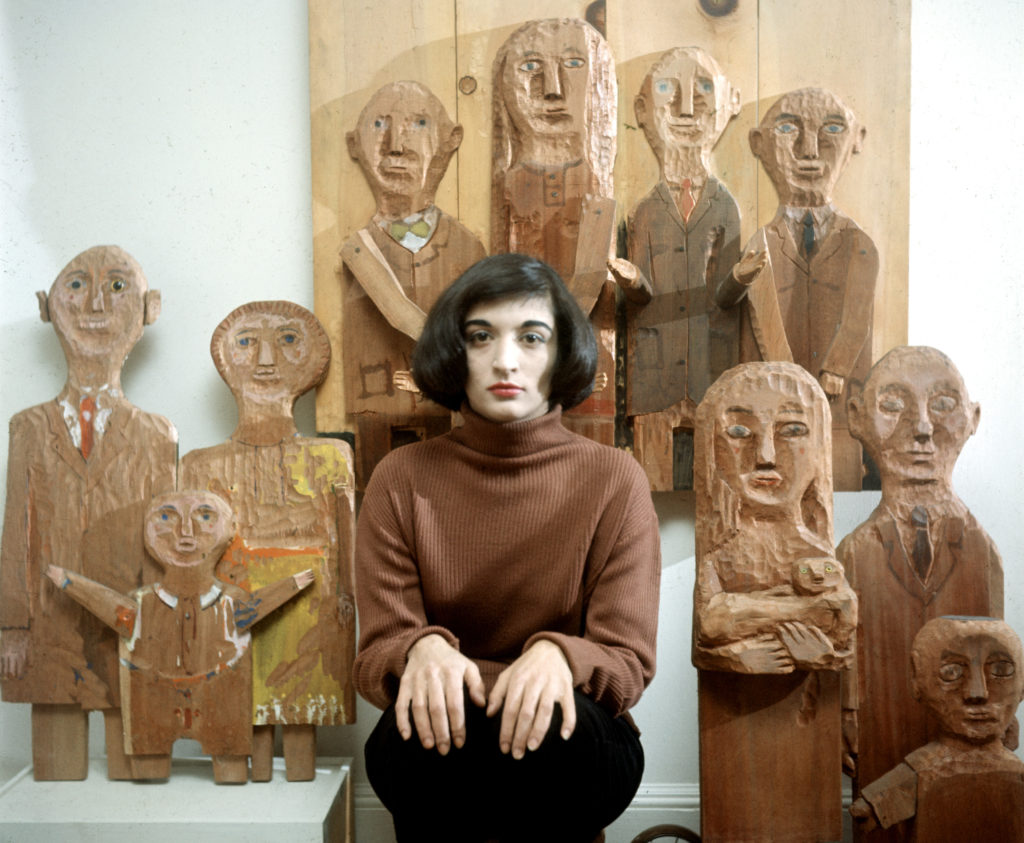 Pérez Art Museum Miami new exhibit, Marisol and Warhol Take New York, features iconic artworks and ephemera by artists Marisol Escobar and Andy Warhol, opening on April 15, 2022. The exhibition not only offers a glimpse into Marisol and Warhol’s close bond as friends and artistic collaborators, but chronicles the development of both artists’ careers over an eight-year span from 1960–1968, while highlighting their influence on each other, their parallel rises to success, and their savvy navigation of the highly competitive 1960’s gallery world.

“We are thrilled to present Marisol and Warhol’s work in Miami, a city that has cemented itself as a global leader in arts and culture,” said PAMM Director Franklin Sirmans. “As pioneers in the presentation of international art, it is our honor and duty to provide a platform to showcase Marisol alongside Warhol and re-establish her as a significant global influence on American Pop art and beyond.”

Born María Sol Escobar in Paris in 1930 to Venezuelan parents, Marisol quickly became a central figure in the burgeoning American Pop Art Movement that erupted onto the New York art scene in the 1960s. During this time, Marisol and Warhol—both paradoxically elusive and instantly recognizable—developed a deep friendship, often emerging from their studios to attend social gatherings together. Marisol and Warhol Take New York speaks to the symbiotic relationship between the two artists, who used each other as inspiration early in their careers: for example, Warhol featured Marisol in some of his earliest films and Marisol made a sculpture titled Andy. By featuring Marisol’s work in conjunction with the world-renowned Warhol’s, the exhibition seeks to reclaim the influence and scope of her artistic career and continue to rewrite her back into the narrative of Pop Art.

“Marisol was influenced by both Latin Art and American art, and her work embodies an international multiculturalism that makes sharing this exhibition with our Miami community, a crossroads between the Latin and American worlds, even more exciting. This show is about giving Marisol her rightful place within the Pop art movement and PAMM has always made it a priority to tell these types of stories—stories that have been lost through the dominant art historical narrative. I am sure this exhibition, and Marisol’s career, will resonate with our visitors in a special way,” said Maritza Lacayo, Assistant Curator.

The exhibition includes paintings, drawings, photographs, and archival material, along with rarely seen films by Warhol that give an intimate look into the life of Marisol, showing the artist in her studio and socializing with contemporaries John Giorno and Robert Indiana. The show highlights shared themes in the artists’ works: iconic Pop subjects of Coca-Cola and the Kennedy family; the artists’ roles as influencers in the 1960s New York gallery scene; and expansive ideas of installation.

Highlights include Marisol’s daring 1963 wooden sculpture The Family, which depicts a family centered around a matronly matriarch, a work that stands in stark contrast to Pop Art’s typical glamorous depiction of women and instead offers a glimpse of motherhood and femininity rooted in realism. The exhibition also includes The Party, Marisol’s showcase piece for the 1968 Venice Biennale; the distance between wooden sculptures in this ensemble piece is often interpreted as a physical representation of Marisol’s discomfort and isolation as a woman within the 1960s art scene.

“Nowhere has this story been told in such depth — this exhibition charts the friendship, inspiration, influence and growth that Marisol and Warhol shared during the most formative moments in their careers. Unlike Warhol, Marisol’s celebrated work, explosive success in the media, and central place within the New York Pop story was nearly erased. This exhibition places her, along with Warhol, back in the center to show visitors their shared influences,” said Jessica Beck, Milton Fine Curator of Art at The Andy Warhol Museum. “Marisol immortalized Warhol’s boyish charm in one of her wooden, assemblage sculptures, while Warhol captured Marisol’s strength, charisma, and creative spirit in some of his earliest 16mm films. Visitors will see Marisol’s version of Pop, her use of American subjects like John Wayne, The Kennedy Family, and the transition of women from the home into the workplace alongside Warhol’s earliest paintings, sculptures, and films. This exhibition is one step towards redefining Marisol’s place in art history as a protagonist of the 1960s Pop movement.”