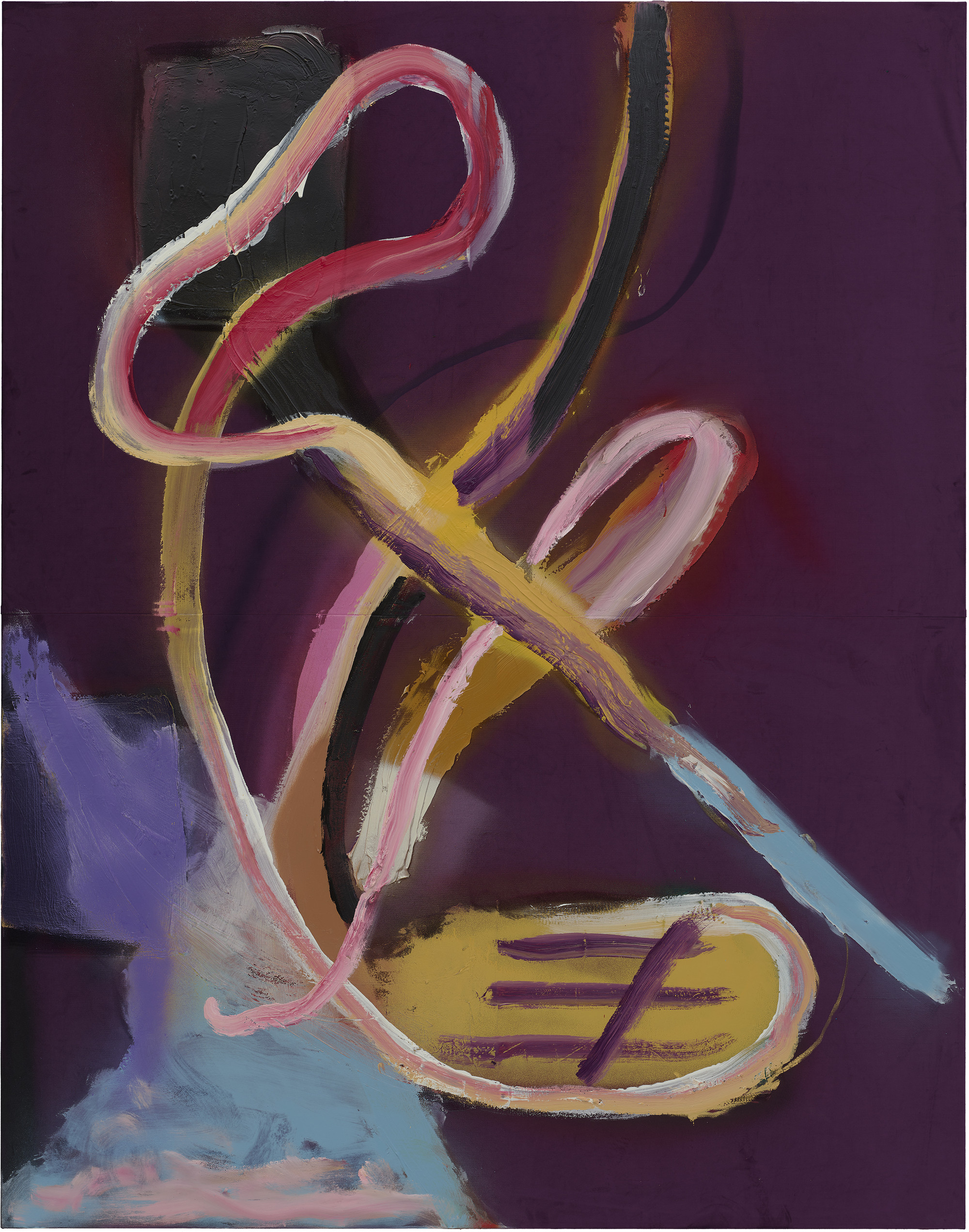 Pace Gallery is presenting the inaugural exhibition of its new West Coast flagship in Los Angeles with 13 new velvet paintings and a large-scale bronze sculpture by the artist Julian Schnabel. The show runs from April 9 through May 21.

Since the late 1970s, Schnabel’s experimental practice and use of unconventional materials has invented a new kind of painting.

In 1990, at the time of the acquisition of Schnabel’s four paintings Los Patos del Buen Retiro for the Museo Nacional Centro de Arte Reina Sofía in Madrid, then director María de Corral wrote, “…what really interests me is that nothing gives the impression of being fixed or closed off. Instead, all of the elements seem to be in a permanent state of flux and one’s perception of them is so arbitrary that all interpretations end up being equally valid.”

The title of the artist’s exhibition at Pace in LA is derived from J.D. Salinger’s short story “For Esmé – with Love and Squalor,” which Schnabel also named his four-month-old daughter. Set in Devon, England in 1944, the story recounts the chance meeting of an American soldier, who is going off to war, and a 13-year-old girl named Esmé. In the second part of the story, written in the third person, the solider, Sargent X, is experiencing Post Traumatic Stress Disorder in a military hospital. After receiving a package from Esmé containing her father’s watch—a Royal Air Force flyer who died in the war—Sargent X reconsiders his decision to commit suicide. Esmé’s generosity of spirit, her gift as promised to Sargent X in exchange for a story with lots of love and squalor, is the kind of hope needed in times of war and unrest. Schnabel’s exhibition manifests the need for optimism in the face of violence and despair.

Schnabel’s cast silicon bronze sculpture ESMÉ (2020) is the result of reconstituting different sculptures, which is a process he began 40 years ago. Here, Schnabel reconfigures and recasts parts of previous forms of other sculptures, a large-scale work that accumulatively functions like a memory of a crucifixion. It speaks to Goya’s etchings The Disasters of War, body parts hanging on trees, a contemplation of human suffering. It will be presented in the gallery’s enclosed courtyard, facing the velvet paintings inside—somber yet colorful, gossamer yet cathartic, ultimately optimistic, too. The paintings and the sculpture reflect on a moment of turmoil and at the same time ascension.