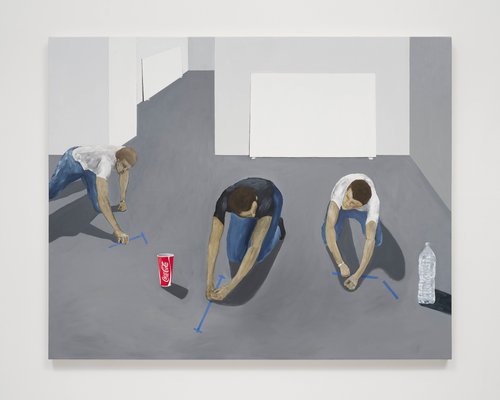 To support himself Robert Levine, like many artists, has worked as an installer for numerous Los Angeles galleries. In his current exhibition Work, Levine channels these experiences into his paintings that deal directly with his role as an installer. The new pieces are exquisitely rendered oils on canvas. These tongue-in-cheek depictions of art gallery installations include images of crates, fork-lifts and miscellaneous tools, as well as paintings of gloved art handlers. 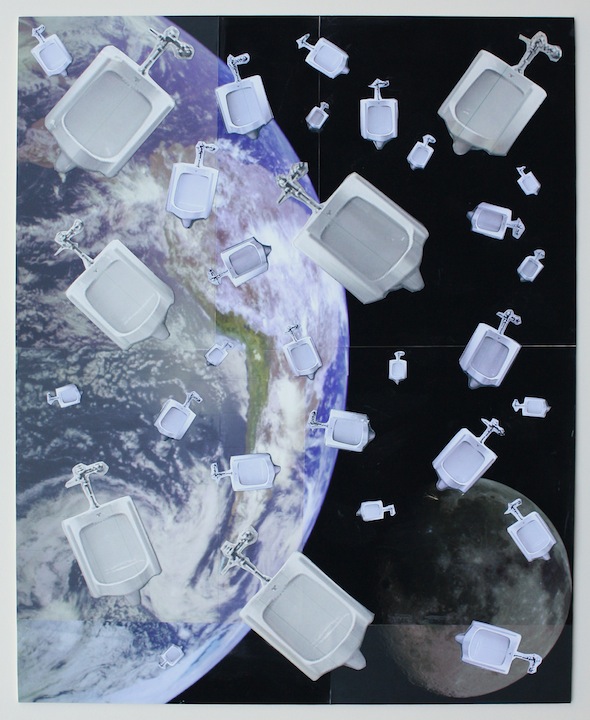 Levine purposely uses a limited palette to create paintings that are predominantly black, white and gray. The touches of color that appear in the works include the green base of a scissor lift, brown crates, installer’s blue jeans and the red coke logo on a take-out drink. This sparsity is fitting as galleries are designed to be neutral spaces: the pristine white cube. Within the pieces, Levine slyly removes any references to the actual artworks, rendering the canvases hanging on the gallery walls as large, empty, white surfaces. 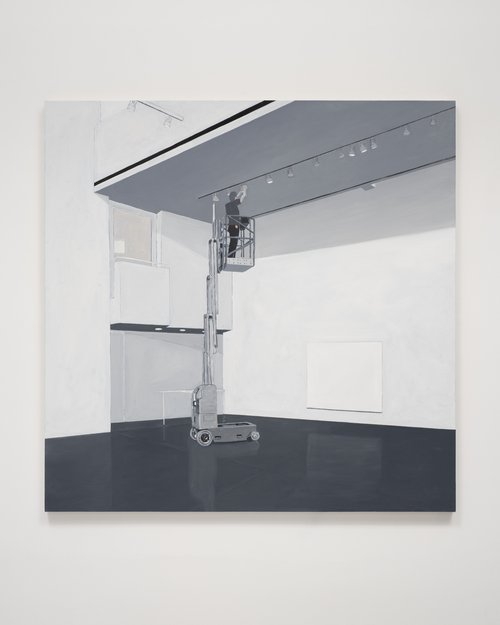 The announcement image, Self Portrait with J-Bar (all works 2022), features the artist looking down at his cell phone. A tall, slim dolly (the J-Bar tool of the work’s title), rests against his shoulder. Behind him is a large “blank” canvas and to his left the edge of a crate. Levine delicately captures the reflection of the white painting on the shiny gallery floor. In 2 Art Handlers a larger than life size white square fills the composition as two installers, wearing purple gloves, work to position it on a wall. Levine crops the image so that only the arms and hands of the installer’s body are visible along the edge of the canvas. The Floor Tapers (After Gustave Caillebotte) uses Caillebotte’s 1875 painting The Floor Scrapers as a point of departure. Rather than depict workers scraping a wooden floor, Levine mirrors the composition while shifting the location to a gallery. He transforms the three shirtless workers into blue jeans and t-shirt wearing preparators who are  carefully scraping blue tape from the gray floor. The Spackler and Person Lighting round out the installer’s tasks. In these paintings, Levine illustrates the worker on a lift, his back to the viewer, focused on getting the job done. 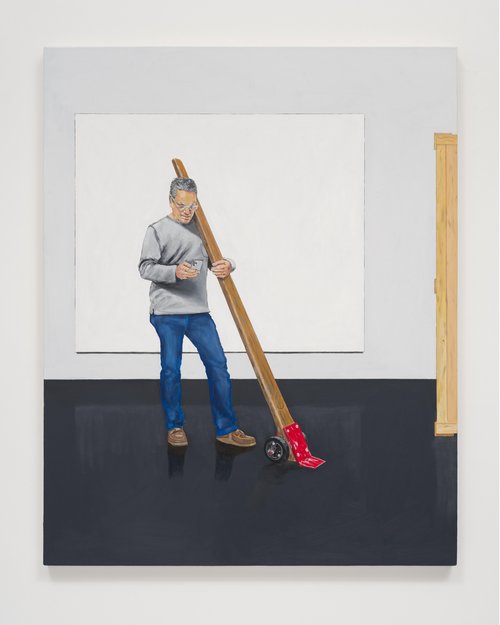 Levine includes two exteriors, Studio Building and Parking Space, both painted in the same gray tones and straightforward, deadpan manner. Levine’s studio building is an anomaly, as the facade has a giant zipper running down the center and he captures the strangeness of the architecture with humor and aplomb. Parking Space is a painting of the empty space between two parked cars. Again, Levine depicts what is important to Los Angeles gallery visitors— a place to park, a clean, well-lit space rather than the particulars of the art. 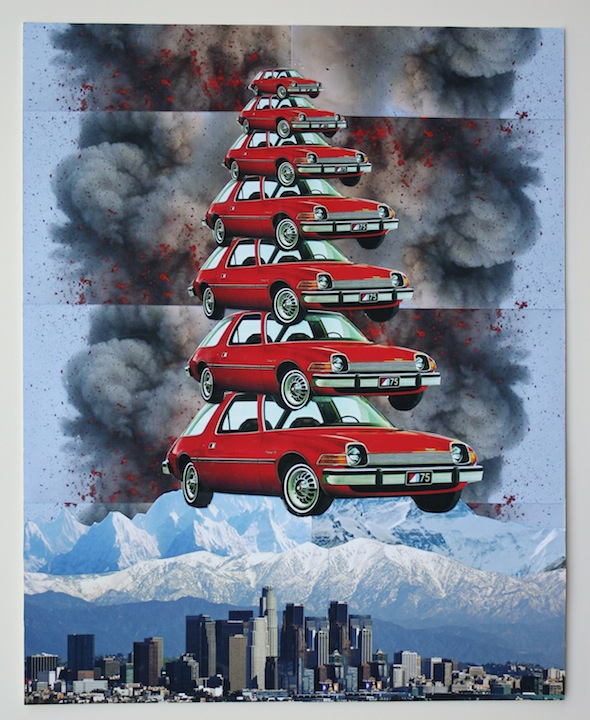 Also included are a selection of Levine’s collages from 2015. In these works on paper, Levine juxtaposes unrelated elements like a tower of red Pacers in Stacked Cars rising above a cityscape and snow-filled mountains moving upwards in front of what appears to be an explosion. Urinals assembles together various sized white porcelain urinals depicting them as “junk” floating in space between the earth and the moon. Swimming Pools uses a photograph of the surface of a planet as the background over which Levine collages odd shaped swimming pools that are prevalent in the Los Angeles area. 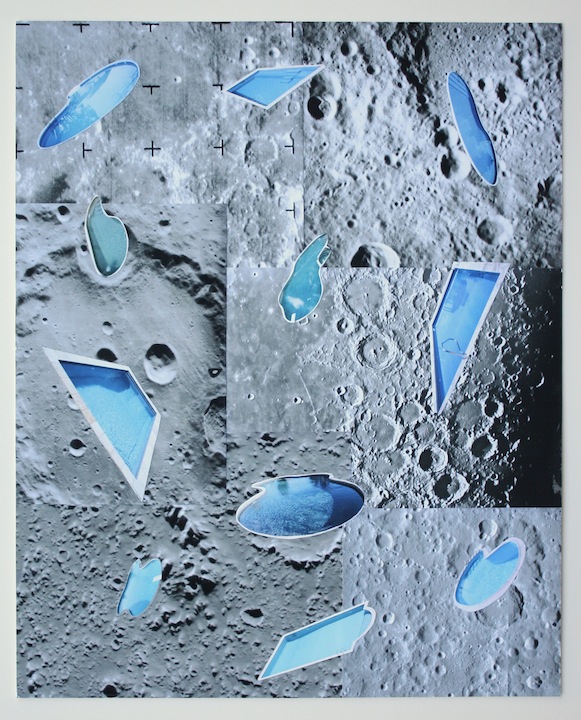 Levine’s work is personal. It draws from his everyday life— where he goes, what he does, what he notices along the way— and presents these places and things as matter of fact documents. While the works have a photographic quality to them, they are more impressions than hyper-realistic renderings. His reductive style and minimal color palette is fitting for his subject. These semi-autobiographical paintings are true- to-life narratives depicting the life of a gallery worker. As such they are filled with humor and irony.