Artists say “Nyet” to Russian Pavilion at the Venice Biennale 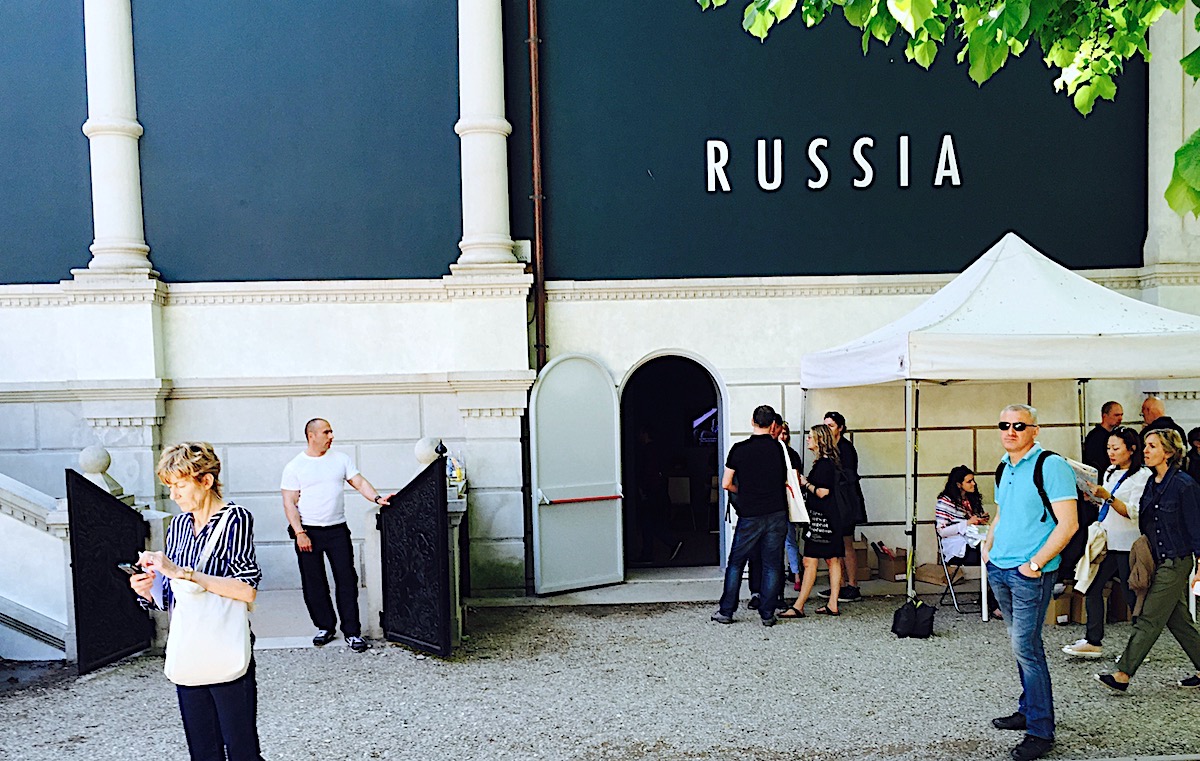 Artists Alexandra Sukhareva and Kirill Savchenkov and curator Raimundas Malašauskas have pulled out of the Russian Pavilion at the Venice Biennale. The invasion of Ukraine has put cultural exchange between Russia and the world in jeopardy.

The Milk of Dreams was the title of the 2022 Venice Biennale Russian pavilion exhibition. This name was borrowed from a book by Leonora Carrington. “The surrealist artist describes a magical world where life is constantly re-envisioned through the prism of the imagination, and where everyone can change, be transformed, become something and someone else.”

Curator Raimundas Malašauskas spoke of the Russian Pavilion project, “Choreographed as a scene of gestures, Kirill Savchenkov’s and Alexandra Sukhareva’s presentation was an attempt to address the complexity of bodily, material and technological times. It evoked a transition from one state to another one, a twisted flow between future and past, a suspended division between dead and alive (and AI), day and night. Sliding between languages and representations, pausing on the most recent social memory, freezing in anticipation of things unforeseen, preparing for tomorrow — be it catastrophic or bright, or both.”

“I cannot go on working on our project following the military invasion and bombing of Ukraine by Russia. “The Venice Biennale learned of the decision of the curator and the artists yesterday. By resigning the Russian Federation Pavilion has effectively canceled their participation in the Biennale.

Raimundas Malasauskas said, “I cannot work in the light of the bombing of Ukraine. The announcement came after a press release from the curator and the artists who resigned as an act against this ongoing war.

The Venice Biennale organisers learned of the decision of the curator and the artists who expressed full solidarity for this courageous and noble act and shared their reasons which dramatically depicted the tragedy in which the entire population of Ukraine finds itself.

The artist added, “Since I was born in Russia, I will not present my work at the Russian Pavilion at the Venice Biennale.” The war events brought a real earthquake among Russian artists with the resignation of the curator. The artists Alexandra Sukhareva and Kirill Savchenkov, supported by the curator Raimundas Malaauskas, gave up in protest, saying that “There is no place for art when civilians die under rocket fire, when citizens of Ukraine hide in shelters and when those who protest in Russia are silenced

For its part, the Biennale issued a statement which expresses solidarity “for this courageous and noble act”.