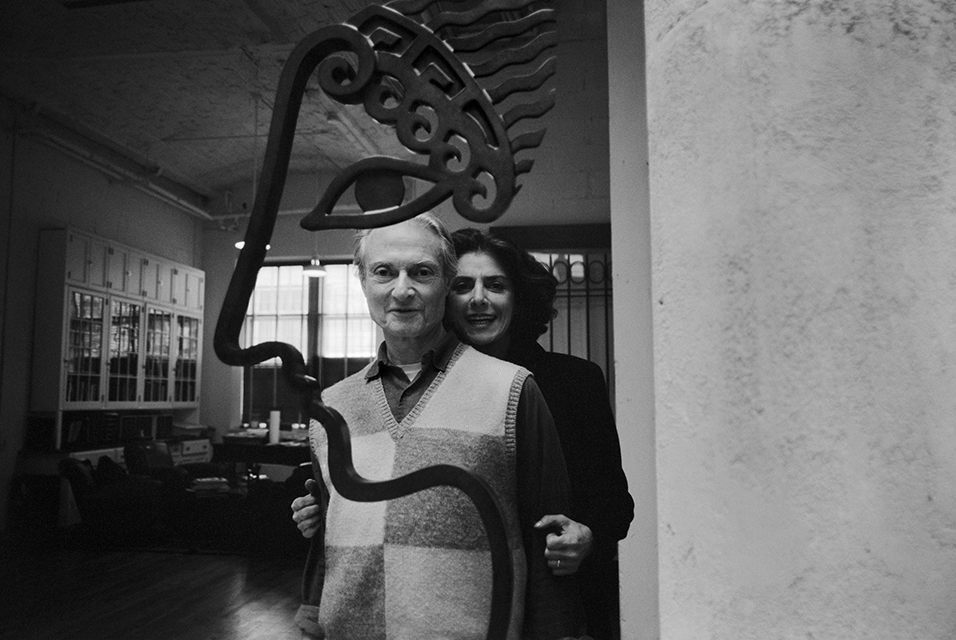 Dorothy Lichtenstein, widow of Roy Lichtenstein, and Adam D. Weinberg, Alice Pratt Brown Director of the Whitney Museum of American Art, have announced that the Lichtenstein family has promised to donate the late artist’s studio building to the museum. The Whitney, which since moving downtown in 2015 has been a neighbor of the studio, operating four blocks north on Gansevoort Street, will adapt the space to serve as the first permanent home of its widely influential Independent Study Program, which was founded in 1968.

Dorothy Lichtenstein said, “Thanks to Roy, this building has been the site for artistic and intellectual endeavors, both for himself and for the people who have long gathered here. I can’t think of a more meaningful use for the studio than for the Whitney to carry his legacy far into the future, building on and expanding the role of the Foundation in supporting contemporary art and artists.”

Adam D. Weinberg said, “This is a magnificent act of generosity on the part of Dorothy Lichtenstein and the Lichtenstein Estate and is all the more meaningful because of Roy’s history with the Whitney and the many times in recent years they have extended their hand to our museum. We’re profoundly grateful to be entrusted with this major part of New York’s cultural heritage and are excited to keep Roy’s legacy vital through the programs of our Independent Study Program, which nurtures the next generation of artists, curators, and scholars.”

The adaptation of the studio is being made possible through the generous support of visionary lead donors including Museum trustees Laurie Tisch, Nancy and Fred Poses, Pamella and Daniel DeVos, Jen Rubio and Stewart Butterfield, Fern and Lenard Tessler, and close friends of the Whitney, David Cancel and Gloria H. Spivak.

The building at 741/745 Washington Street was constructed in 1912 as a metalworking shop. Roy Lichtenstein (1923–1997) bought the approximately 9,000-square-foot building in 1987 and used it after renovation as his New York residence and studio from 1988 to 1997. In the years since, the Roy Lichtenstein Foundation has utilized the building for various activities, including the preparation of the archives and creation of the catalogue raisonné.

The close relationship between Roy Lichtenstein and the Whitney began in 1965, when his work was included in both the 1965 Annual Exhibition and A Decade of American Drawings, 1955–1965, and continued through dozens of exhibitions, the most recent of which included Three Landscapes: A Film Installation by Roy Lichtenstein (2011–12) and Order and Ornament: Roy Lichtenstein’s Entablatures (2019–20). He also led seminars in the Whitney’s Independent Study Program. In 2018, the Whitney and the Foundation announced a partnership to create a Roy Lichtenstein Study Collection for the exhibition, conservation, and study of Lichtenstein’s work. To date, the Foundation has gifted the Whitney more than 400 works by Lichtenstein (paintings, drawings, prints, sculptures, artist photographs, study, research, and reference materials) and more than five hundred photographs by Harry Shunk and Janos Kender (Shunk-Kender), which record the actions and performances of numerous artists—among them Gordon Matta-Clark, Keith Sonnier, John Baldessari, Mel Bochner, Dan Graham, Robert Morris, Richard Serra, Lawrence Weiner, and William Wegman—that took place at Pier 18 on the Hudson River, close to where the Whitney now stands.

The Whitney intends to relocate its highly selective Independent Study Program (ISP) into the building in summer 2023, during the year of Roy Lichtenstein’s centennial. During the summers, when not in use by ISP, the Museum expects to use the building for a diverse set of educational programs, including residencies, teacher training, and teen programs.

The Whitney has conducted a focused search for an architect to adapt 741/45 Washington Street and has selected the architecture firm Johnston Marklee. Established in 1998 in Los Angeles by Sharon Johnston, FAIA, and Mark Lee, the firm has been recognized nationally and internationally with more than fifty major awards and numerous publications. Projects undertaken by Johnston Marklee are diverse in scale and type, spanning fourteen countries throughout North and South America, Europe, and Asia. Recent projects include the Menil Drawing Institute, on the campus of the Menil Collection in Houston, which opened in November 2018; a renovation of the Museum of Contemporary Art Chicago, which opened in September 2017; and the new UCLA Graduate Art Studios campus in Culver City, California. Envoie Projects will serve as the owner’s representative for the project.