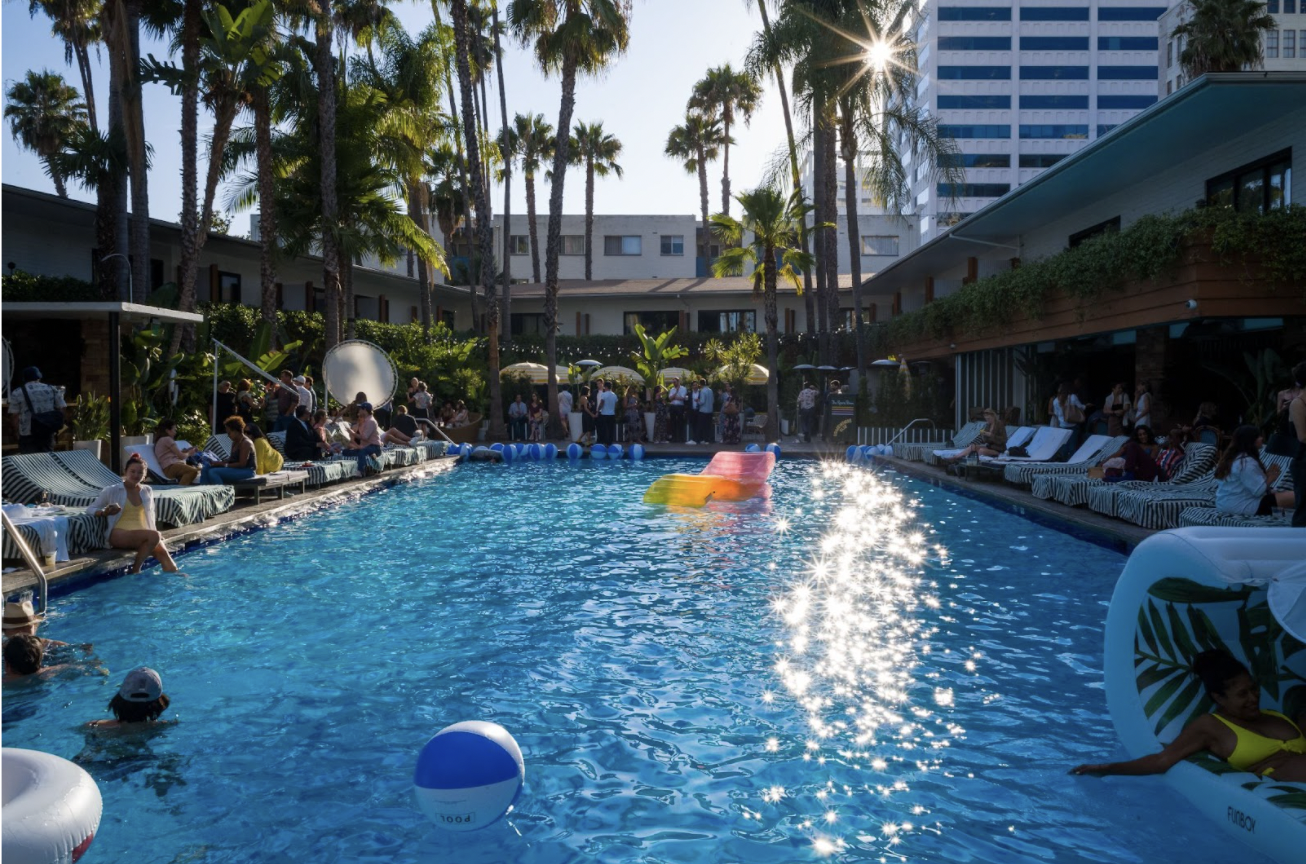 Felix LA, the contemporary art fair modeled after the intimate hotel fair format popularized in the 1990s, has announced the exhibitor list for its third international edition, taking place February 17-20, 2022 at the Hollywood Roosevelt Hotel. The 2022 edition of the fair will take over the hotel’s guest rooms on the 10th and 11th floors and the cabanas surrounding the David Hockney pool.

“When we introduced Felix LA we had one goal in mind: to take a step away from the overdone, traditional art fair format. The success of Felix over the past few years has further proven that the unconventional fair model resonates with our audience. This year, we’re thrilled to elevate the balance between fresh, emerging talent and well-established galleries,” said Felix LA co-founders Dean Valentine, Mills Morán, and Al Morán.

Felix LA 2022 will feature 60 international exhibitors from around the globe, including galleries from Berlin, Paris, Tokyo, Milan, Dusseldorf, New York, and Los Angeles. In keeping with Felix’s mission to showcase fresh talent and emerging artists alongside established art spaces, this year’s fair welcomes over 20 first-time exhibitors, including Broadway (New York), Misako and Rosen (Tokyo), One Trick Pony (Los Angeles), and The Ranch (Montauk).

Felix LA was founded in 2019 by Dean Valentine and brothers Al Morán and Mills Morán with the goal of creating a fair experience that prioritizes connoisseurship, collaboration, and community among collectors, dealers, and artists. Now in its third iteration, Felix continues to build up its year-round presence in Los Angeles — in 2021, Felix presented its first all-local, special edition in July, featuring 30 Los Angeles-based galleries.