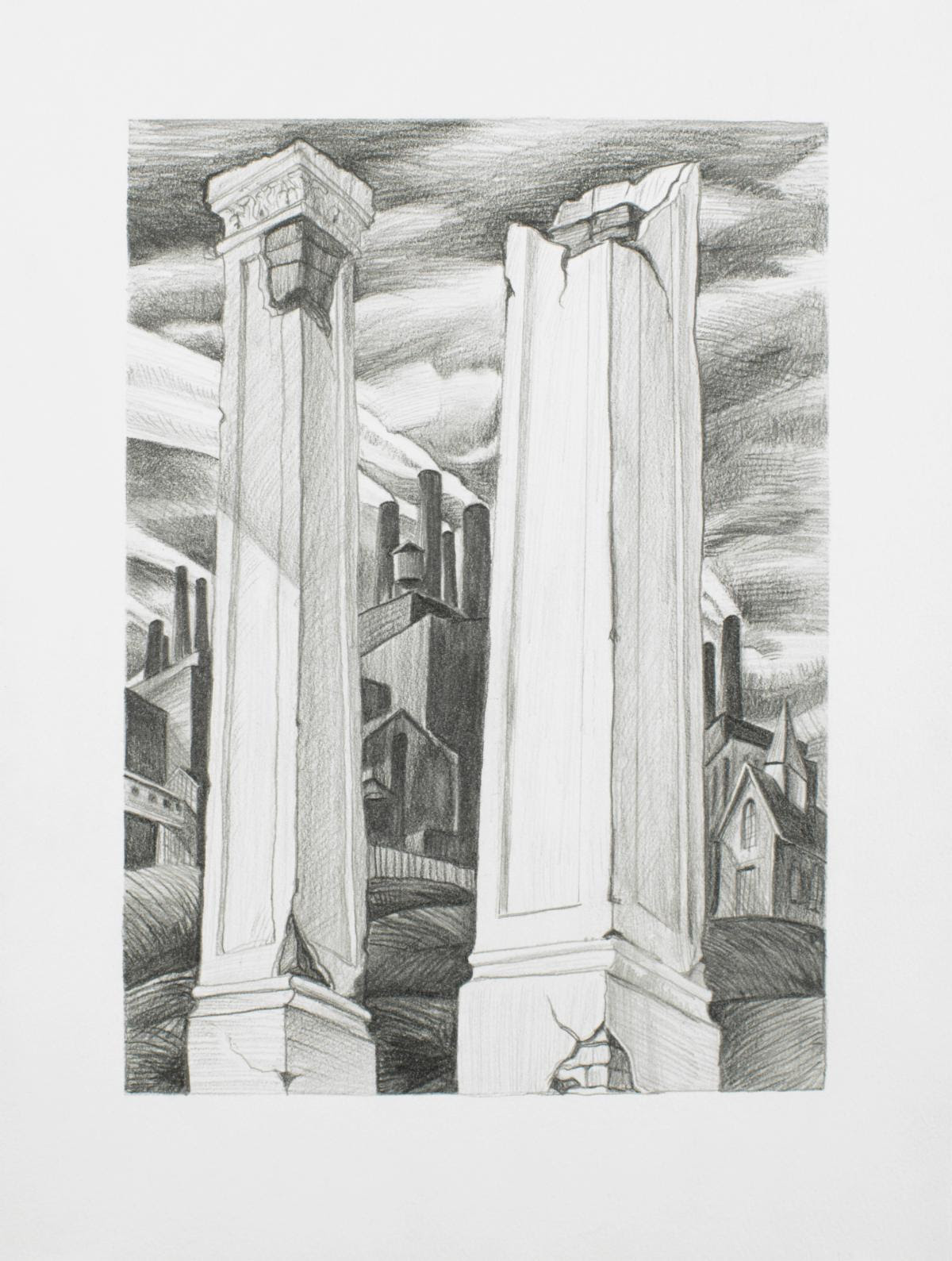 Ken Gonzales-Day, Untitled (After Harry Sternberg, Southern Holiday, 1935), 2021. Pencil and ink on Arches BFK Rives, 15 x 11 in. Original in the collection of the Whitney Museum of American Art, New York.

Another Land, Ken Gonzales-Day’s fourth solo exhibition with Luis De Jesus Los Angeles, will present a new series of drawings the artist started in 2020 as part of a commission print project for the Smithsonian’s Journal of the Archives of American Art. The artwork is a creative and critical intervention into the Archives that is directly informed by his ongoing Erased Lynching series, in which he re-photographs and manipulates historic lynching images and postcards.

The drawings in Another Land are derived from a collection of original paintings, drawings and prints presented in the first exhibition on lynching in the United States entitled, An Art Commentary on Lynching, held at the Arthur U. Newton Galleries in New York City from February 15 through March 2, 1935. It was organized by Walter White, Executive Secretary of the NAACP, who had revived the NAACP’s legislative campaign against lynching and sought support for the Costigan-Wagner bill, which was introduced into Congress in 1934 but never passed.

Given Gonzales-Day’s extensive work on the history of lynching in the United States, he was curious to learn more about how these artist’s work was received at the time. In creating a series of drawings inspired by these historic works, the artist made the decision to remove all of the lynching victims and the ropes from the images – a conceptual strategy that he established in his acclaimed Erased Lynchings photographic series (2006-present).

In this case, however, he pushes it even farther by removing any depictions of the individuals in the lynch mob as a way of drawing our attention to the natural and built world as rendered through the original artist’s hand, while carefully recreating the characteristics and traits of the original works. The result of stripping these scenes of all humanity are haunting landscapes that pulse with visceral absence and, as Caldwell noted in describing the savagery of lynching, “all trace of progress and civilization.”

A set of four larger-scale drawings looks at the history of conquest and colonization in the Americas. The first drawing Gonzales-Day completed in this series, drawn to scale, is based on Landscape with an Episode from the Conquest of America (c.1535) by the Dutch Renaissance painter Jan Jansz Mostaert. The conquistadores and indigenous peoples have been removed to invite further consideration of the history and legacies of settler colonialism on indigenous cultures, on the land, and in the formation of what scholar Claudia Rankine has termed, The Racial Imaginary.

In Another Land, Gonzales-Day invites the viewer to consider both the history of lynching at the national level, which included the lynching of what we now know to be hundreds of Latinx victims, as well as the historic role of the artist in raising awareness of a wide range of social, political, and historical issues in our nation – from John Singleton Copley’s painting Watson and the Shark (1778) to Reginald Marsh’s drawing This is her first lynching (1934), which was included in the An Art Commentary on Lynching exhibition, to the use of art in contemporary social justice movements.