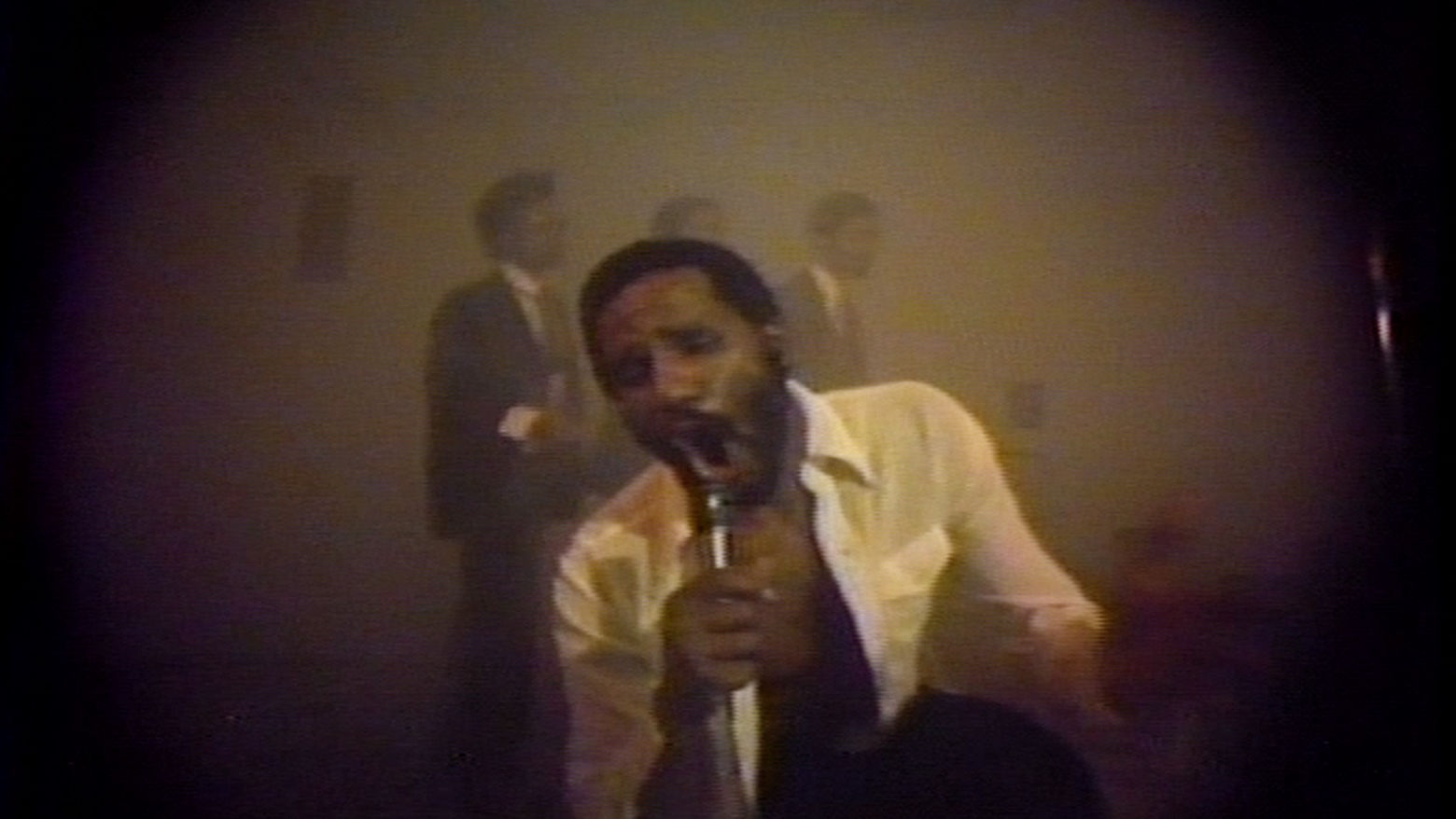 The west coast premiere of Ulysses Jenkins: Without Your Interpretation is the first major retrospective on the work of groundbreaking video/performance artist Ulysses Jenkins. A pivotal influence on contemporary art for over fifty years, Jenkins—who was born and lives in Los Angeles—has produced video and media work that conjures vibrant expressions of how image, sound, and cultural iconography inform representation. Using archival footage, photographs, image processing and elegiac soundtracks, Jenkins interrogates questions of race and gender as they relate to ritual, history, and the power of the state.

“Without Your Interpretation recognizes Ulysses Jenkins’s groundbreaking body of work as well as his enormous impact on the development of video as a vital contemporary art practice. Over fifty years, Jenkins has pushed the boundaries of the format, and there is a special resonance to celebrating him in Los Angeles, where he is from, and where the moving image holds such an important place,” said Hammer Museum director Ann Philbin.

“Ulysses Jenkins’s singular and innovative explorations of Blackness and the American experience through video have had a far-reaching influence on experimental media and generations of artists,” said Erin Christovale. “But since his work defies categorization, there has been an absence of scholarship around it. Meg and I are thrilled to be a part of placing his oeuvre in an art historical context, and to share it with the world.”

“Ulysses Jenkins is the forefather of the practices of so many young video artists working today. It feels important to look back and chart that history—especially given the way Black experimental artists have come to the forefront in both art and independent film spaces in recent years—putting forward radically different modalities of moving image-making,” said Meg Onli. “Jenkins’s work always feels vibrant and bursting at the seams. I love the textures that he’s making visually. I hope audiences will see his incredible practice and feel, as we do, there’s just something undeniable about Ulysses.”

Beginning as a painter and muralist, Jenkins was introduced to video just as the first consumer cameras were becoming available. He quickly seized upon the television technology as a means to broadcast alternative and critical depictions of multiculturalism, citing the catalyst of Melvin Van Peebles’s Sweet Sweetback’s Baadasssss Song (1971) and its call to Black filmmakers to control their subjecthood by controlling the media that depicts them. Adopting the role of a “video griot,” Jenkins is inspired by the oral traditions in videos that are often structured around music and poetic recitation as well as dynamic performances.

From his work with Video Venice News, a Los Angeles media collective he founded in the early 1970s, to his involvement with the artist group Studio Z (alongside David Hammons, Senga Nengudi, and Maren Hassinger), to his individual video and performance works with Othervisions Studio, Jenkins explicitly comments on how white supremacy is embedded in popular culture and its effects on subjectivity. Jenkins studied under Charles White, Gene Youngblood, Chris Burden, and Betye Saar, and has collaborated with many artists in his work, among them Kerry James Marshall, who performed in Two-Zone Transfer (1979); Hammons, who was the subject of King David (1978); and Nengudi and Hassinger, both of whom appeared in Jenkins’s video Dream City (1981), among other works.

Organized closely with the artist—including the digitization of a sprawling archive and conversations with Jenkins and his collaborators—the exhibition encompasses a broad range of over twenty videos and more than sixty works in all that showcase his collaborations, mural paintings, photography, and performances, highlighting the scope of the artist’s practice.

Among the many video works included in the exhibition is Mass of Images (1978), an innovative video art piece considered one of the first works in the genre by a Black artist. In it, Jenkins critiques the media’s role in perpetuating racist and harmful images of Black people in the United States. Like other works in the exhibition, it is grounded in the issues that remain at the heart of contemporary conversations about inequality and environmental devastation amplified by unchecked capitalism, governmental oppression, and systemic racism’s impact on Black cultural production.

Though many emerging Black video artists who came of age in the 1990s and early 2000s cite Jenkins as a major influence, Jenkins’s groundbreaking and prescient work is only now being revisited by scholars, curators, and a wider range of artists. Particularly relevant today is the political and social commentary embedded in Jenkins’s work, such as his interrogations of Black stereotypes in the American entertainment industry in Mass of Images (1978) and Two-Zone Transfer (1979) or calls to protect the rights of indigenous groups and champion environmental conservation in Bay Window (1991).