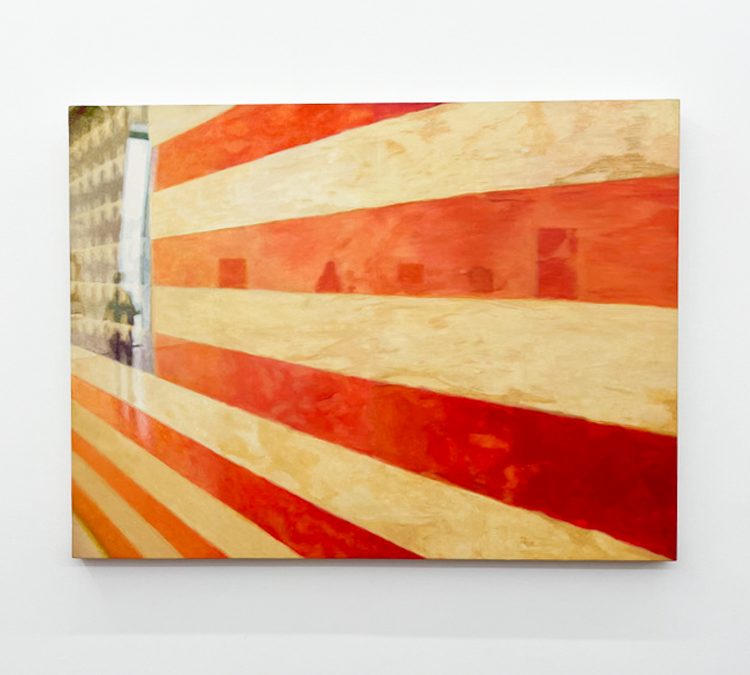 Appropriation in art usually refers to the borrowing, copying or altering of an existing image or object and presenting it anew, relatively unchanged. Numerous artists working in a wide range of mediums have adopted different strategies of appropriation, using works by others as a point of departure for their own creations. Cindy Sherman and Yasumasa Morimura have used photography to restage famous paintings in which they assume the role of the central figure. 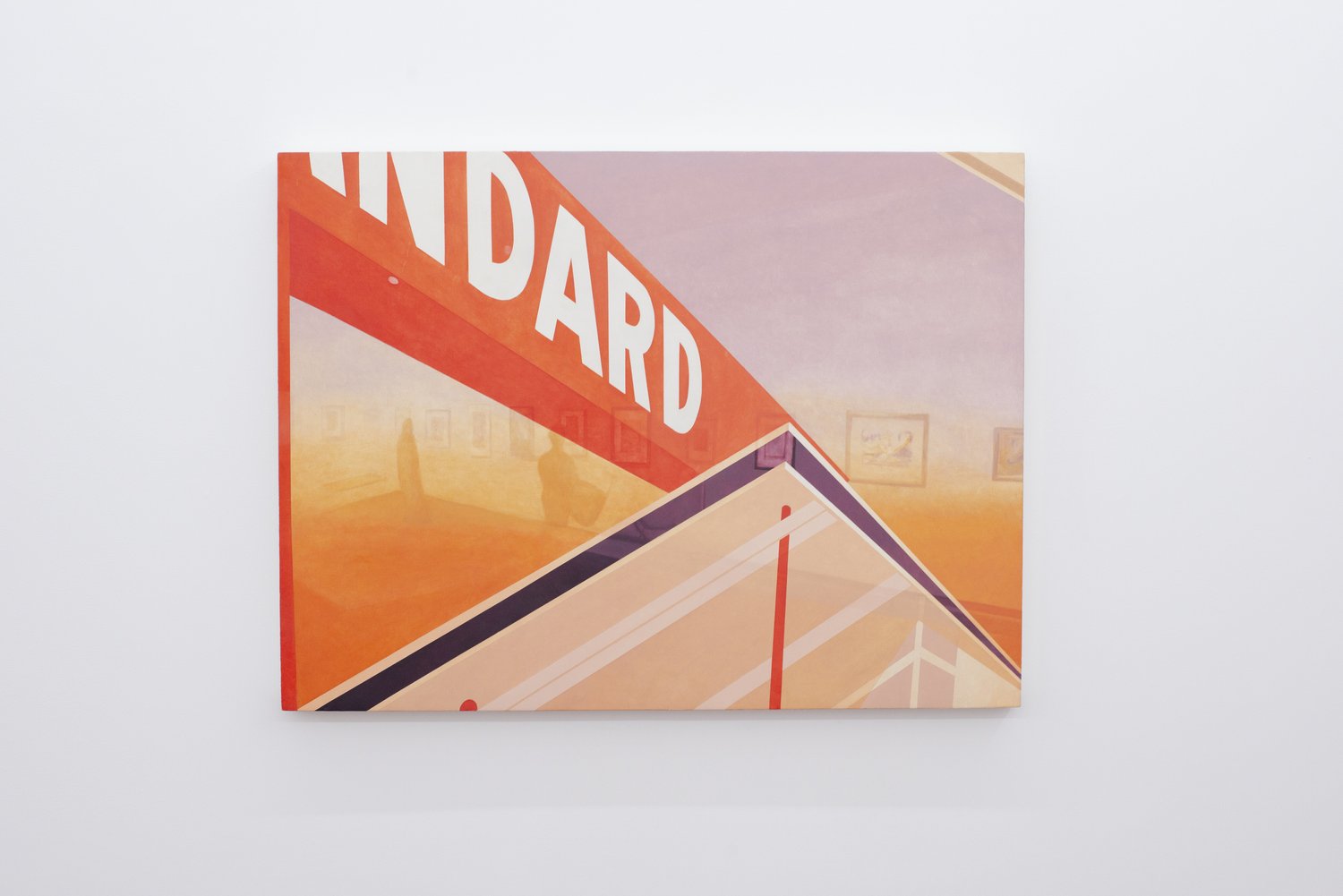 Untitled (Ed Ruscha with unidentified artworks and viewers in reflection)

Deborah Kass often mimics the style of her more famous male artist counterparts while infusing her works with a feminist agenda. Louise Lawler takes a different approach. Rather than remake, Lawler’s long-term project has been to photograph walls filled with art hanging in museums, galleries and collector’s homes. In these images, she calls attention to the spaces the art occupies as well as the relationships between them. Paul Winstanley observes museum and gallery spaces, making paintings of people looking at the art. 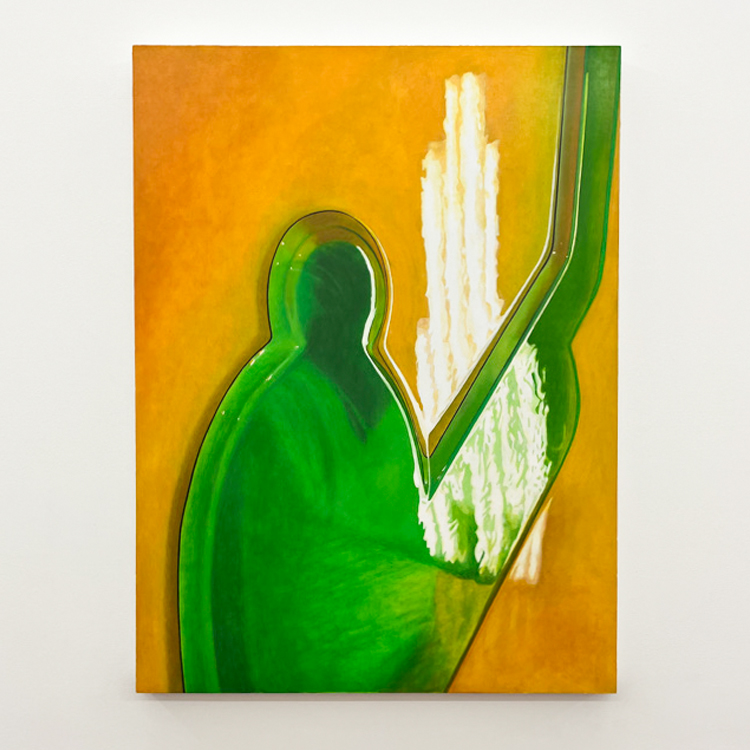 Bob Burchman is a Los Angeles-based painter who works in the photo-realist tradition to create exacting reproductions based on photographs he has taken with his cell phone of works of art hanging in galleries and museums. Iconic photo-realists like Richard Estes, Chuck Close and Audrey Flack also begin with photographs. While their subjects are often landscapes and cityscapes, images of themselves or images based on pop culture and advertising, Burchman makes paintings of other works of art. He begins with close-up or awkwardly cropped photographs that include numerous layers of reflections. 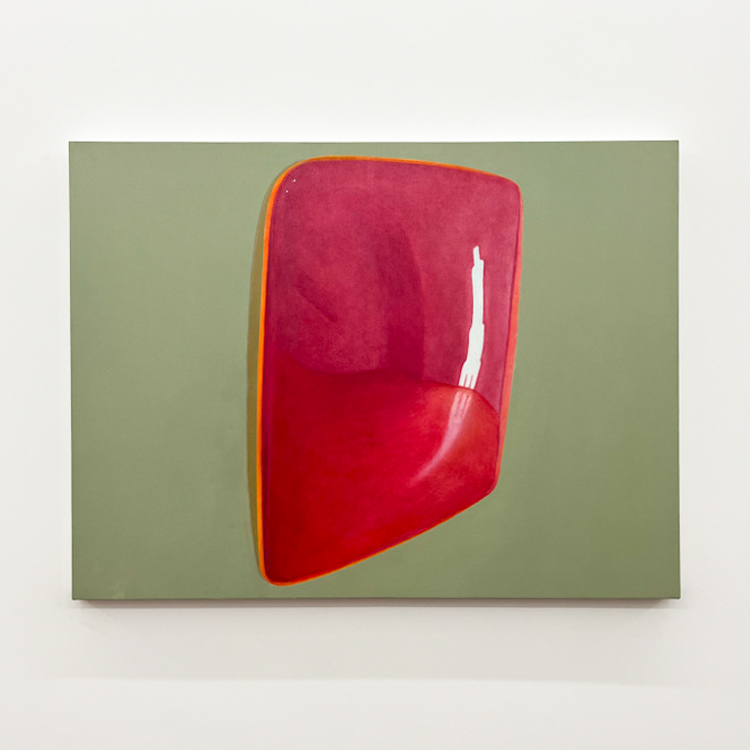 In the oil painting Untitled (Craig Kauffman with Dan Flavin in reflection), 2010-2020, Burchman presents a fragment of Craig Kauffman‘s 1963 bright green and yellow vacuum-formed acrylic wall work from the Museum of Contemporary Art Los Angeles overlaid with a Dan Flavin sculpture that shimmers as a reflection. Similarly, in Untitled (Roy Lichtenstein with Andy Warhol, Marisol and viewers in reflection), 2010 – 2020, Burchman depicts a distorted, close up view of Roy Lichtenstein‘s Drowning Girl (1963) that catches the reflection of not only a grid of Andy Warhol‘s Campbell’s Soup Cans but also a museum guard, as well as numerous viewers staring intently at the various works. 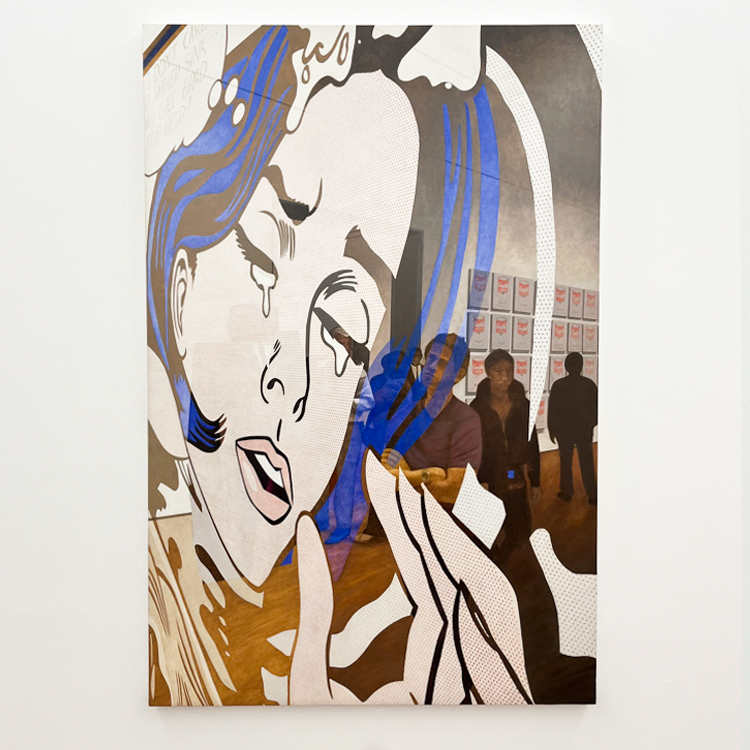 Burchman includes two views of Jasper Johns’ Flag painting from the 1950s (in the collection of MoMA): Untitled (Jasper Johns with Donald Judd and viewers in reflection) and Untitled (Jasper Johns with unidentified artworks and viewers in reflection) both 2010 – 2020. In one, the stars fuse with a Donald Judd stack sculpture being admired by two museum patrons. In the other, Burchman includes an ambiguous row of images (most likely installed on an opposite wall) nestled within one of the red stripes on the flag, as well as a silhouetted figure contrasted against the light of a tall window reflected in the grid of the flags white stars. Across the nine oil paintings, Burchman displays his skills and facility with the medium, juxtaposing hyper realism with impressionistic renderings as necessitated in reproducing subtle reflections. 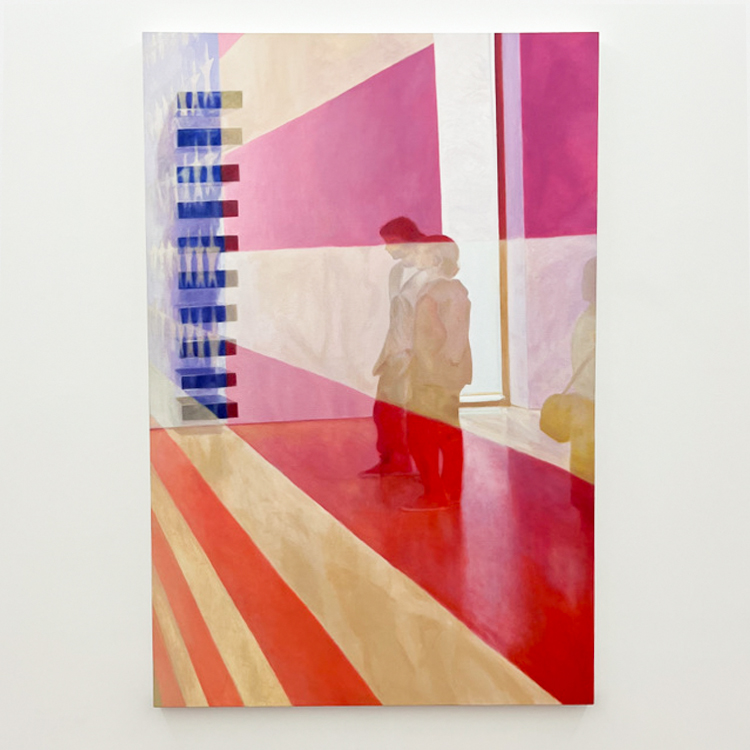 Untitled (Jasper Johns with Donald Judd and viewers in reflection)

In addition to Johns, Burchman’s paintings also include reproductions of works by Piet Mondrian, Ed Ruscha and Vija Celmins, (well known and widely collected artists) all interrupted by reflections of other pieces and viewers— some depicted as translucent silhouettes while others are captured in exacting detail. While the eye moves between these multiple layers of imagery, now flattened into one seamless painted plain, the intricacy of Burchman’s depictions reveal themselves, as does his conceptual rigor. Rather than see the works as an infinity mirror — continuously reflecting others’ paintings and others looking— or having anything to do with appropriation, it becomes evident that Burchman is showcasing his immense talent as a painter (self taught) and ironically inserting his works into the cannon of art history alongside the painters he faithfully reproduces. 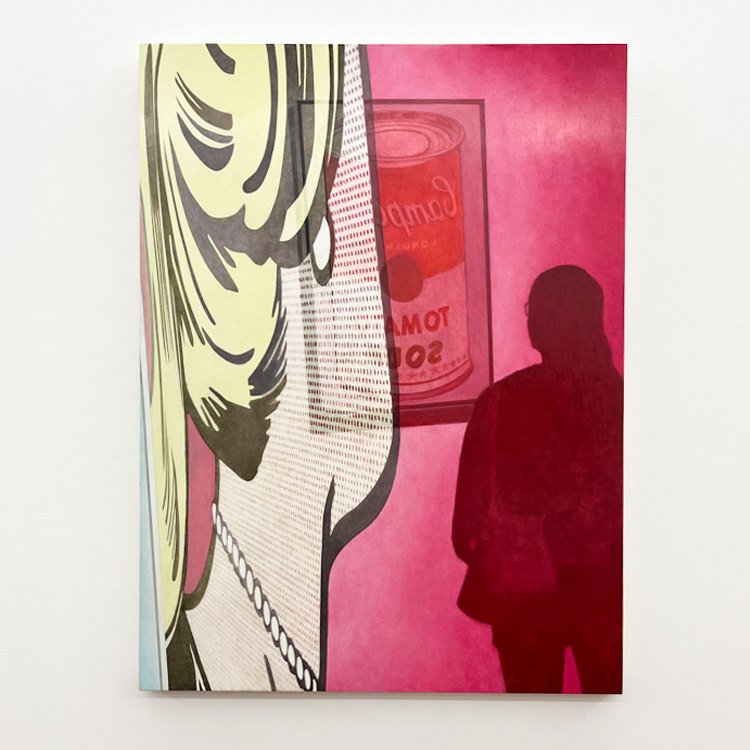 Untitled (Roy Lichtenstein with Andy Warhol and viewer in reflection)