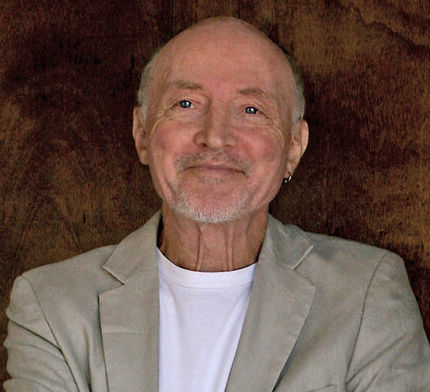 Renowned French thinker Sylvère Lotringer, a lodestar in the twin galaxies of literary criticism and cultural theory, died on November 8 at the age of eighty-three following an illness. Beginning in the 1970s, Lotringer reshaped the American literary scene through the journal Semiotext(e), which he began publishing while teaching at Columbia University. The journal evolved into an independent publishing house of the same name, which through its English translations of their texts introduced American readers to such French giants of philosophy as Jean Baudrillard, Gilles Deleuze and Félix Guattari, Michel Foucault, Jean-François Lyotard, and Paul Virilio.

Lotringer was born in Paris in 1938 to Polish Jewish immigrants who had fled Warsaw in 1930. His early childhood was marked by the Nazi occupation of Paris, and in 1949 he moved with his family to Israel. Lotringer returned the following year to join the Socialist Zionist youth movement Hashomer-Hatzair, of which he would remain a member for eight years, eventually becoming a leader within the organization. In 1958, he entered the Sorbonne, where he cofounded, with Nicole Chardaire, the literary magazine L’Étrave, and began contributing to Paris-Lettres, the journal published by the French Students’ Association. To avoid being enlisted in the French fight against Algerian colonial independence, a battle he did not support, he pursued a Ph.D., enrolling in the École Pratique des Hautes Études. There, under the supervision of Roland Barthes and Lucien Goldmann, he wrote his doctoral dissertation on the work of Virginia Woolf, while working as a correspondent for Louis Aragon’s journal Les Lettres Francaises. After a brief stint teaching for the French Cultural Services in Turkey, he took a job teaching at Pennsylvania’s Swarthmore College before landing at Columbia University in New York in 1972.

Two years later, Lotringer with his then-partner Susie Flato and grad student John Reichman began publishing Semiotext(e), which presented low or pop culture of the moment alongside experimental thought. “I was looking for a way out of academia,” he told the Brooklyn Rail’s Joan Waltemath in 2009. “The magazine became the ticket.” After a shaky start, the publication gained notice with the issue “Schizo-Culture,” which followed on the heels of a conference of the same name Lotringer had just staged at Columbia, at which American cultural figures such as John Cage and William Burroughs for the first time encountered French post-structuralist figures such as Foucault, Deleuze and Guattari, and Lyotard. Issues on polysexuality, autonomia, German culture, and the concept of the oasis followed, with art frequently appearing uncaptioned and unexplained alongside intricate theory. “The magazine was made of displaced visual cues bouncing against untutored texts,” Lotringer noted. “We could treat our readers like adults, and have fun at the same time.” In the mid-1980s Lotringer married artist and author Chris Kraus, who joined Semiotext(e) in 1990 as the founder of its acclaimed Native Agents series; they separated in 1995 (Their relationship is addressed in I Love Dick, Kraus’s semiautobiographical 1997 epistolary novel.)

As the publication gained in popularity, Lotringer, discouraged by the art world’s shift toward an increasingly capitalistic model, turned his attention to publishing a series of books of hard theory prefaced by no introduction and appended by no explanation. Inaugurated by a translation of Baudrillard’s Simulations (which came to serve as the foundation for the 1999 movie The Matrix) and originally known as the “little black books,” these came to comprise Semiotext(e)’s Foreign Agents series, and eventually included Pure War, Lotringer’s book-length conversation with “philosopher of speed” Virilio, and Deleuze and Guattari’s On the Line, whose section “Rhizome” anticipated the rise of internet culture.

Over the following decades, Lotringer’s Semiotext(e) would publish books on a wide range of diverse topics, including the 1980 Italy: Autonomia – Post-Political Politics, limning the platform of the Italian post-Marxist Autonomia movement; the 1992 anthology Still Black, Still Strong, which elucidated the position of the Black Panther Party; and the 2003 Reporting from Ramallah, by Israeli journalist Amira Hass; and two more book-length conversations with Virilio. Despite his assertion that he wished to leave academia, Lotringer taught French literature and philosophy for thirty-five years at Columbia. Lotringer, who is survived by his wife, Iris Klein, was awarded the French Order of Arts and Letters in 2015.

Though the texts he published were frequently tortuous, Lotringer abided by a simple overarching principle. “Never give people what they want,” he said, “or they’ll hate you for it.”