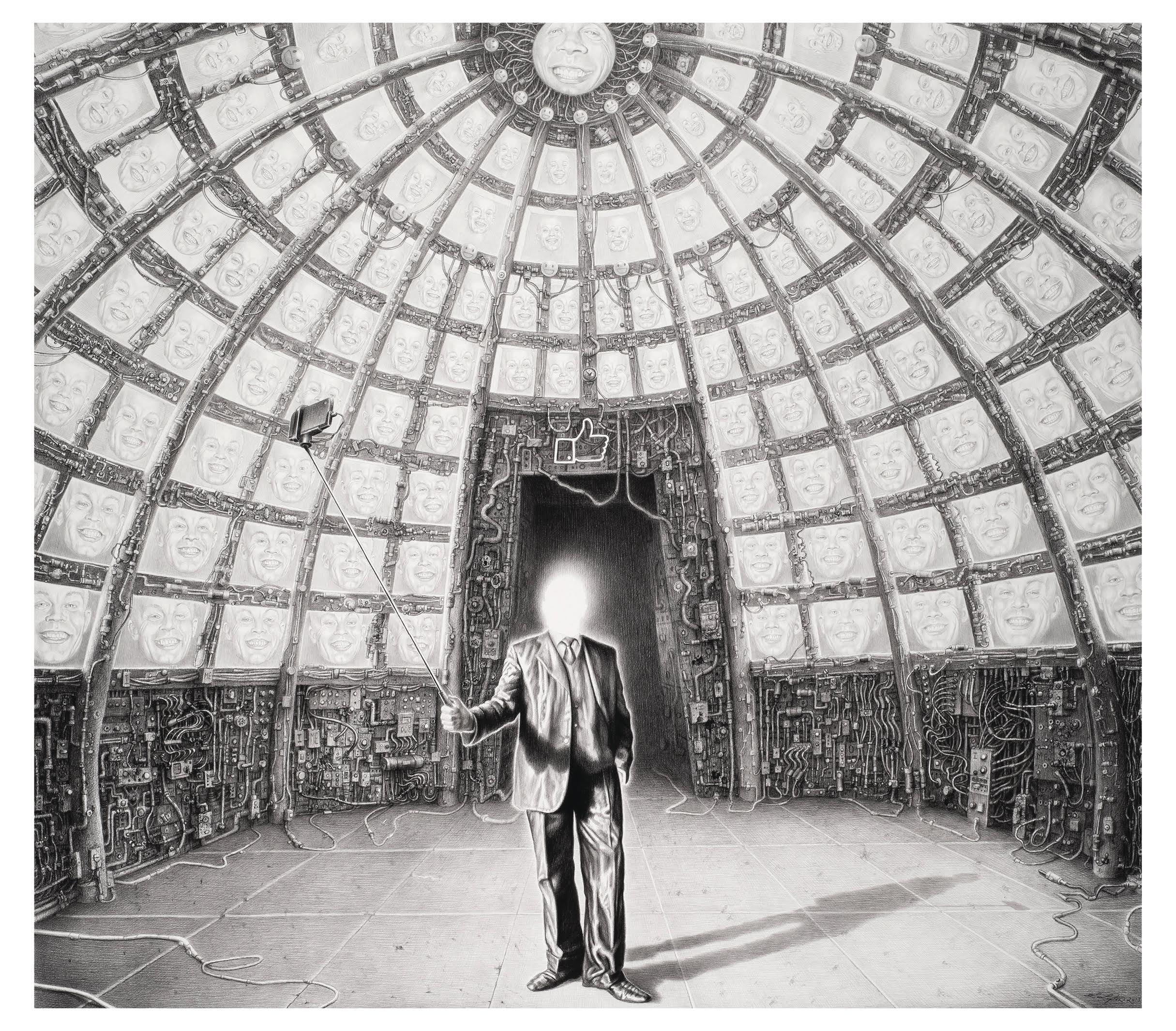 “It is a truism that Laurie Lipton’s work benefits from the highest degree of artistic integrity and honesty of expression. They are immaculate and free from affectation.” —Mika Cho, Curator

Laurie Lipton is most known for her striking and extraordinary drawings, exhibited internationally in both galleries and museums during the last five decades. She graduated from Carnegie-Mellon University with a Fine Arts Degree in Drawing and has lived in Holland, Belgium, Germany, France, and the UK for more than three decades.  She has lived in Los Angeles since 2011.

Laurie has been inspired by the religious paintings of the Flemish School, which excited her to teach herself how to paint in the style of the 15th Century Dutch Masters. While travelling throughout Europe as a student she gradually developed her own style of drawing. She builds up tone with thousands of fine cross-hatched lines like an egg tempera painting. “It’s an insane way to draw,” she says, “but the resulting detail and luminosity are worth the amount of effort. My drawings take longer to create than a painting of equal size and detail.”