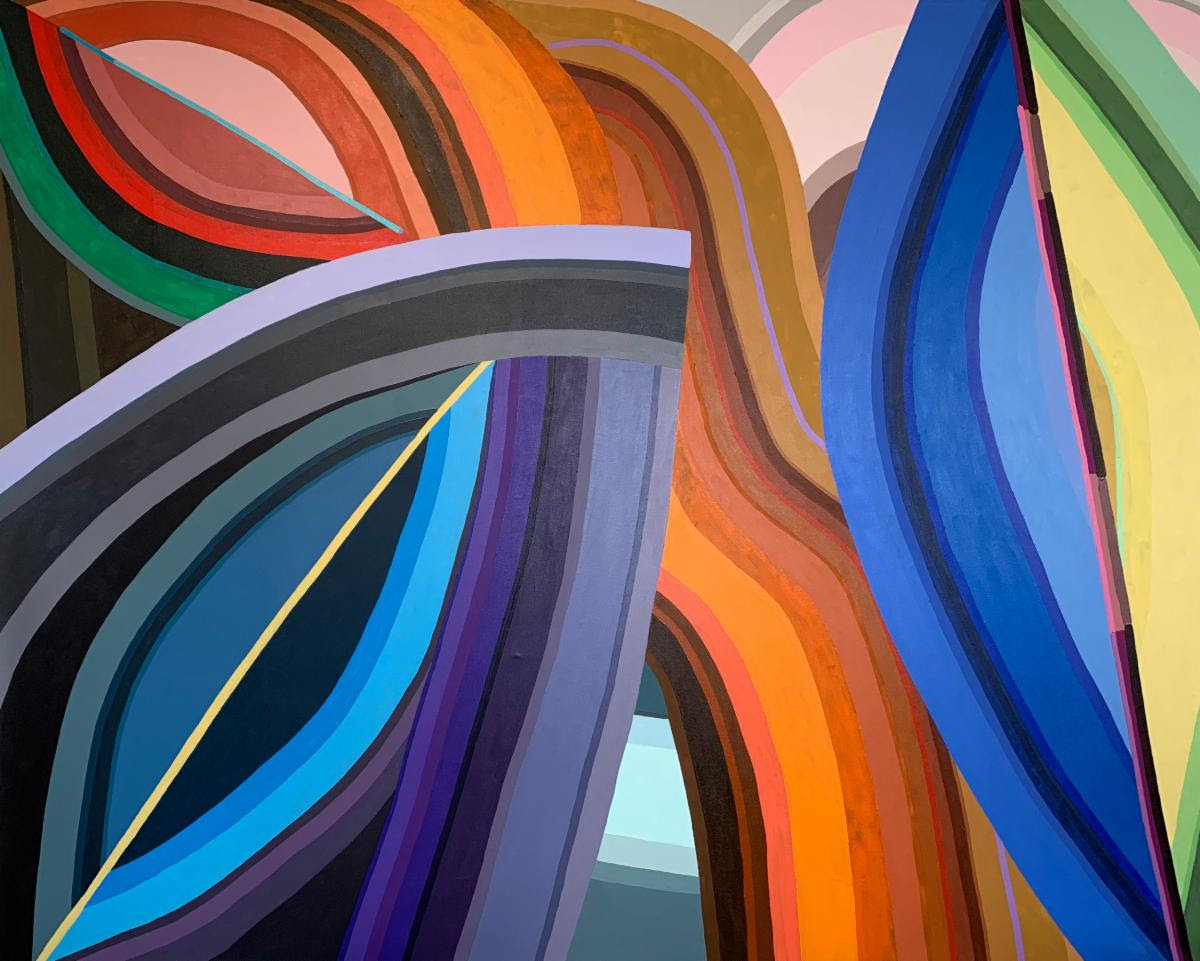 June Edmond’s latest body of work continues her exploration of race and history, using social abstraction as a means to navigate these complex issues. In her paintings, Edmonds commemorates the historical contributions of African American female pioneers and early landowners in Southern California. She is particularly drawn to the stories of Bridget “Biddy” Mason (1818-1891), former slave turned Los Angeles land owner, entrepreneur and philanthropist; María Rita Quintero Valdés de Villa (1791-1854), an African-Mexican and granddaughter of Luis Quintero, one of the original settlers of Rancho Rodeo de las Aguas (Ranch of the Gathering Waters)—known today as Beverly Hills; and Henrietta VanHorn-Debose (1855-1931), the first Black woman and property owner to settle in La Jolla. Edmonds expands on these histories, considering the implications of the Great Migration in the 20th Century and how it fundamentally changed the United States.

In many of the works on view, Edmonds has departed from the layered impasto texture that has dominated her “energy circle” and flag paintings and employed a flatter application of paint. With this new development, she moves into a wider conversation about painting and geometric abstraction, with an emphasis on sharply defined edges, overlapping forms, clear composition, hard lines, minimal texture, and vibrant, pure color. The prominent leaf shapes in these paintings embody feminine energy and birth, while the sinuous curves allude to the geography and streets where these women lived, drawing parallels to the discriminatory practice of redlining and the racially restrictive covenants that created housing inequality in American cities. Edmonds points to the paradox of these trailblazing Black women once owning the very land of some of the most exclusive neighborhoods in the United States.

Throughout her career, Edmonds has been revisiting and redefining traditional Western color theory, exploring how profoundly color relates to emotion and trauma, and are thus able to express visual cues about power and systemic disenfranchisement. Edmonds has amplified these concepts in her public art, having recently completed a mural in La Jolla (Ebony on Draper and Girard) to honor the legacy of Black pioneers. By incorporating the forgotten narratives of Black Americans into her canvases and public art, the artist not only gives prominence to their stories, but encourages a dialogue about race, nationality, gender, and politics and the complex overlap of these identities.

The title of this exhibition, Joy of Other Suns, was inspired by Isabel Wilkerson’s The Warmth of Other Suns: The Epic Story of America’s Great Migration, a historical study of the mass exodus of Black Americans from the South. This in turn was drawn from a poem by American author Richard Wright, reflecting on his own experience migrating from the South to Chicago in the 1920s:

The exhibition will be on view at Luis De Jesus Los Angeles through October 30, 2021.