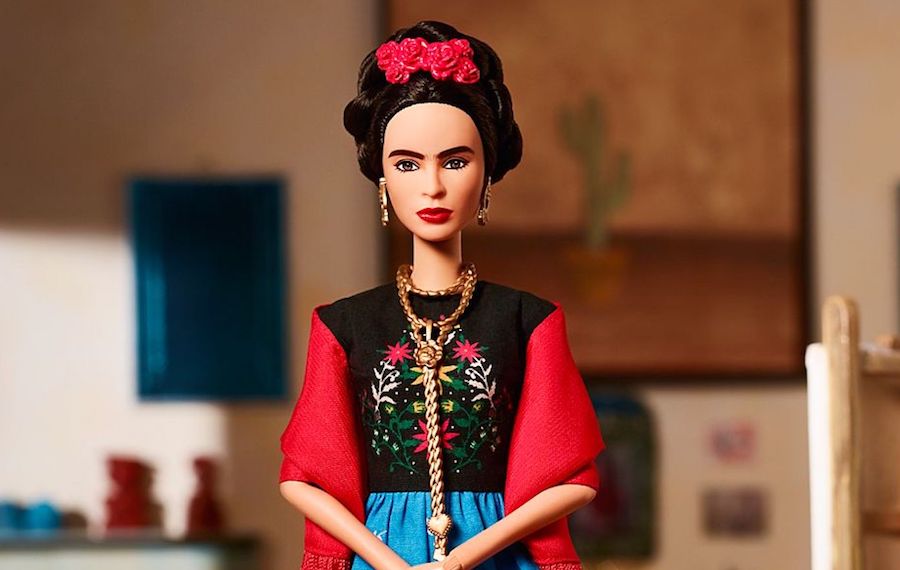 Relatives of the estate of the Mexican artist Frida Kahlo have lost their case with the Frida Kahlo Corporation over claims it holds the rights to her image. Mattel, the toy maker and creators of the Barbie Doll launched a range of new Barbie dolls based on “Inspiring Women”, in 2018 prompting raised eyebrows from members of the Kahlo family. A ‘Frida doll’ was included among them. (see photo above) The range was highlighted on International Women’s Day.

The Panama City-based Frida Kahlo Corporation (FKC) filed the lawsuit against Mara Cristina Romeo Pinedo, Frida Kahlo’s great-niece who had a temporary injunction issued in Mexico, preventing sales of the new Frida Kahlo Barbie in the States. The doll was deemed by the family to look anorexic and the famous mono-brow was plucked in order to tone down ethnicity. Following Kahlo’s death in 1954 trademarks from the estate passed to Isolda Pinedo Kahlo, her niece. Isolda Pinedo Kahlo’s daughter, Maria Cristina Romeo Pinedo, obtained power of attorney over these property rights in 2003 it was during this period that rights were signed over to FKC. The image of Frida has been exploited on mugs, T shirts, trainers and tequila brands.

Court documents filed earlier this month named the defendants as Pinedo and her daughter Mara de Anda Romeo. They strongly argued that the case should not be fought in the US. “The Defendants, two Mexican citizens, argue that this case a trademark infringement case brought by two Panamanian corporations cannot be heard in the Southern District of Florida,” Judge Robert N. Scola Jr. stated, “The Plaintiffs disagree, arguing that jurisdiction is appropriate. After a review of the briefs and relevant law, the Court grants the Defendants’ motion to dismiss.”