MASS MoCA Announces Appointment of Kristy Edmunds as Next Director 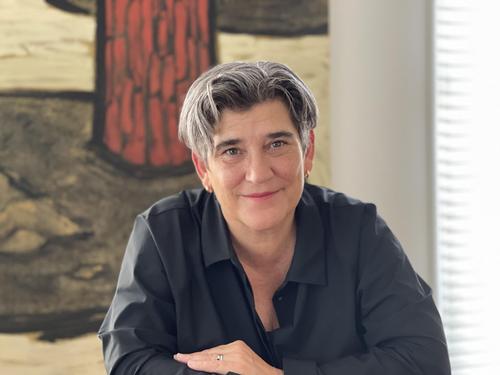 The Board of Trustees of the Massachusetts Museum of Contemporary Art (MASS MoCA) announced on Thursday that Kristy Edmunds has been appointed as its new Director, following a 10-month international search and a unanimous decision by the Board. Edmunds comes to MASS MoCA from UCLA’s Center for the Art of Performance (CAP UCLA), where she has served as the Executive and Artistic Director since 2011. Previously, she was the Artistic Director for the Melbourne International Arts Festival, served for several years as the Head of the School of Performing Arts and Deputy Dean at the Victorian College of the Arts at the University of Melbourne, and was the founding Executive and Artistic Director of the Portland Institute for Contemporary Art (PICA) and the TBA Festival (Time Based Art) in Portland, Oregon. She also served as the inaugural Consulting Artistic Director for the Park Avenue Armory in New York. Edmunds will begin her new position at MASS MoCA in October.

“We are thrilled to welcome Kristy to North Adams and MASS MoCA; Kristy brings an exceptional record of artistic vision, community engagement, and leadership to MASS MoCA,” said Timur Galen, chair of the MASS MoCA Foundation Board of Trustees. “Among a deep and diverse pool of very strong candidates, Kristy, from the outset of the selection process, stood out as someone with interests, experience and aspirations that are deeply aligned with ours. From her role as a founding director, to the broad range of multidisciplinary projects she has undertaken and presented in different venues and environments around the world, to her evident care and commitment to artists, her staff, and colleagues, we are truly delighted that Kristy will be joining us to lead MASS MoCA into the future.”

“I have been fascinated with MASS MoCA from the second I learned about it decades ago,” said Edmunds. “What it took to make it possible is extraordinary. What it feels like to experience art in this place is unlike anywhere else. There’s an aliveness charging through the campus itself that manages to honor the past while being in the vivid present, and I have never been there without feeling that I discovered something astonishing. A whole creative ecosystem exists in North Adams to realize the vision of artists—from inception to monumentally-scaled completion, and everything in between—while also enhancing the economic benefits to the community. It is a tremendous honor to be joining MASS MoCA and supporting this outstanding team of people who maintain a creative pipeline of possibility in one place.”

As the Executive and Artistic Director of UCLA’s Center for the Art of Performance (CAP UCLA), Edmunds oversees a vibrant organization with more than 45 full time staff and an annual budget ranging between $8 -$10 million. CAP UCLA presents a diverse roster of artists working in contemporary dance, theater, and music, in addition to cross-disciplinary and experimental projects that also include contemporary authors, visual art collaborations, and digital practices. It serves both the scholarly audiences affiliated with a major research institution and public audiences in and around Los Angeles, presenting 60 performances per season at Royce Hall on the UCLA Campus, The Theatre at Ace Hotel in Downtown Los Angeles, and other off-site locations. The scope of work is international, national, regional and local, and deeply embedded in research and public issues.

Among the premieres and major productions recently: Octavia Butler’s Parable Of The Sower, an opera by Toshi Reagon and Bernice Johnson Reagon; Robin Frohardt’s The Plastic Bag Store installation and immersive film; Pam Tanowitz, Brice Marden and Kaija Saarihao’s Four Quartets; and Notes on Napkins, a project conceived by Edmunds that captures and presents the visual thinking by composers from their formal or informal doodles and drawings. A companion effort titled The Choreographers’ Scores: 2020 is now in the collections of the J. Paul Getty Museum and the Hammer Museum at UCLA. More recently, to address access to the performing arts during the pandemic—when CAP UCLA’s venues were closed, as were most others—they created an online channel and commissioned filmed works and productions, with scores of performances, that can be viewed for free with registration at online.cap.ucla.edu.

In 2018, Edmunds identified an opportunity to expand CAP UCLA’s work with artists by acquiring The Crest Theater, a long shuttered historic venue in West LA. Her aim was to restore and operate it in a shared use model that supports small-scale projects, and the diverse and emerging creative producers in need of a well-equipped affordable home for their ideas. Filmmaker, collector, and philanthropist Susan Bay Nimoy and an anonymous donor stepped forward with a lead naming gift. Edmunds and her team have spear-headed a capital campaign for the renovations which is more than 80% complete. Designed by B.A.R. Architects, the UCLA Nimoy Theater (in honor of Leonard Nimoy), will be completed in the Fall of 2022.