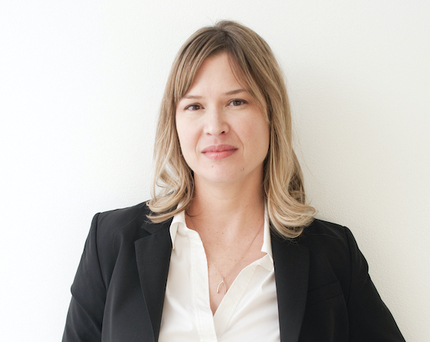 The Museum of Contemporary Art, Los Angeles (LA MoCA), announced today that Johanna Burton will take up the post of executive director of the institution, working alongside artistic director Klaus Biesenbach. Burton, the longtime executive director of the Wexner Center for the Arts at The Ohio State University in Columbus, will step into the newly created role on November 1. A staunch champion of artists known for her commitment to institution-building and her engagement with education in all formats, she is expected to guide the museum in a more inclusive and community-minded direction.

“It’s thrilling to join MOCA’s team at this historic moment, and I am humbled to take a leadership role at such a pivotal institution for communities both local and international,” said Burton. “MOCA’s artist-centered mission dovetails with my own commitment to creating platforms that foster artistic innovation and emphasize deep connections to audiences.”

LA MoCA announced the creation of the role of executive director back in February, following a rocky stretch that saw the rise of Covid-19, the attendant closure of the museum, and the death of George Floyd at the hands of Minneapolis police, which triggered a reckoning within the museum in regard to issues of institutional racism. At that time, MoCA officials, citing a steep drop in both revenue and attendance, cast the restructuring of leadership roles at the museum as necessary in order for the institution to change and to endure. While Biesenbach will focus on programming, collections, and exhibitions, Burton will be tasked with the institution’s day-to-day operations, overseeing staff initiatives, including those related to inclusion, diversity, equity, and accessibility (IDEA). Both Burton and Biesenbach will be heavily involved in fundraising.

“Johanna is an accomplished leader whose experience, management skills, and passion prepare her for this important new role,” said Maria Seferian, chair of the museum’s board of trustees, in a statement. “We believe that this new model of distributed leadership with an executive director working in partnership with an artistic director is responsive to this moment in our history. We are moving toward an interconnected team model focused on advancing institutional missions with mutual trust and responsibility.”

Burton’s arrival at LA MoCA comes just months after the museum lost two key figures: Mia Locks, who in April resigned as senior curator and head of new initiatives, citing the inability of museum leadership to embrace MoCA’s IDEA program, of which she was in charge; and human resources director Carlos Viramontes, who left in February owing to what he characterized as a “hostile” environment.