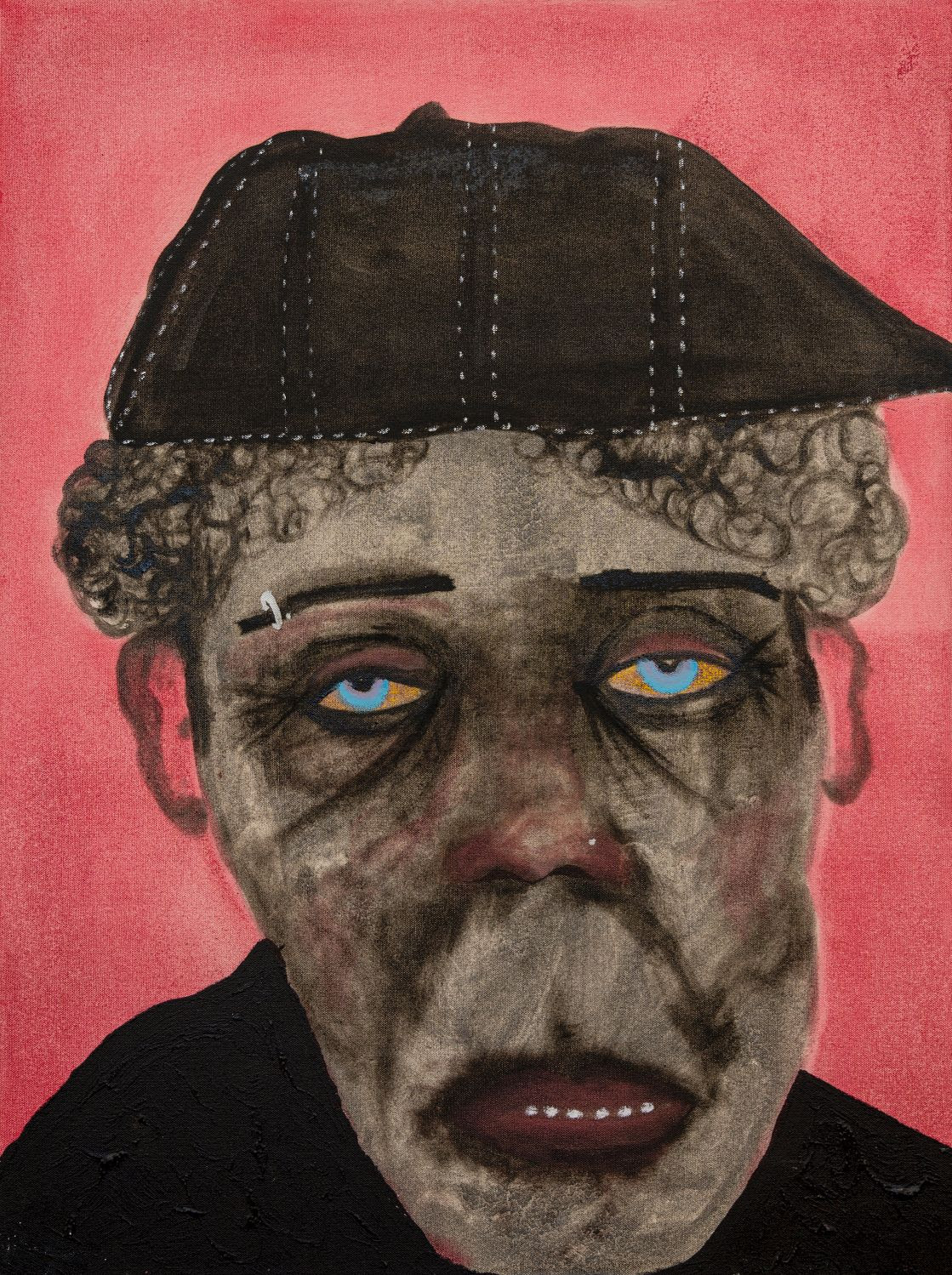 February James’s (Don’t) Take Me With You, opening September 11, 2021 at Wilding Cran Gallery,  is an intimate, raw conversation about the expectations of adulthood: The challenging of inherited values versus innate desires, the navigating of the external alongside the internal. Dreams dismissed by the fated choices of her parents, James reclaims autonomy over her future by defying what was predefined and pushing into a new era of boundlessness. Drawing from her childhood memories, and her inherited perceptions of the limits of success, James compares these lessons to her lived realities. In exploring preconceptions of silence, secrecy, and responsibility, James clears a roadmap for what she hopes is her new future, one that values authenticity above all.

Portraits of friends and family hang in the bright gallery light, both heightening the vulnerability of these fragile memories, while loudly claiming acceptance over those previously diminished as other; authenticating, too, their presence and value in the art space itself. Rich pigments fill pieced-together memories of individuals pulled from the artist’s childhood, now clarified from adolescent naiveté. We meet the overworked Auntie Uncle, eyes empty and strained by fatigue but dazzling from glimpses of a blue still innocent. The elusive What ever Happened to Angie Babour? calls our attention next, attempting to distract us from her heavy eyes and creasing mouth with vibrant eyeshadow and an overdrawn lip. Jermaine awaits not far away, eyes haphazardly arranged in oil pastel and collage, features blurred and sullen with misunderstanding.

Despite the broad strokes and disjointed anatomy, James still has no trouble painting a character as clear as a photo. Her styled portraits are so specific that it’s not hard to imagine the sensations that would complete them. The polyester shirt that hangs loose off of ‘Jermaine’s’ rounded shoulders. The cigarette smoke that lingers stale in ‘Angie Babour’s’ crisp, bleached hair. The nostalgic aroma that escapes when ‘Auntie Uncle’ adjusts her well-loved leather jacket.

Watercolor visages that appeared in James’ mind meanwhile come to legitimize the emotions that cross the boundary from memory to present. You Might Be The Issue gazes longingly forward, capturing the uncanny despair of hopelessness, heightened by concerns of self-sabotage. Time Is Such A Funny Thing meanwhile retreats to a lighthearted moment, perking up in a placating wave of azure.

When we look into these works we are thus peering into James’ own perspective — a sometimes haunting conversation with what challenges humans most: raw and unedited self-consciousness. In riding the wave of comfort James examines the familiar, but in choosing resilience — both artistic and individual autonomy — James ultimately chooses to pave her own path, declaring the ‘(Don’t)‘ in (Don’t) Take Me With You.

The collection as a whole is an intimate regurgitation and reimagining of childhood perceptions now rendered mature. Through examining the moments and individuals that defined her boundaries, James gains closure and claims success in the newly written tenets of the February James handbook.