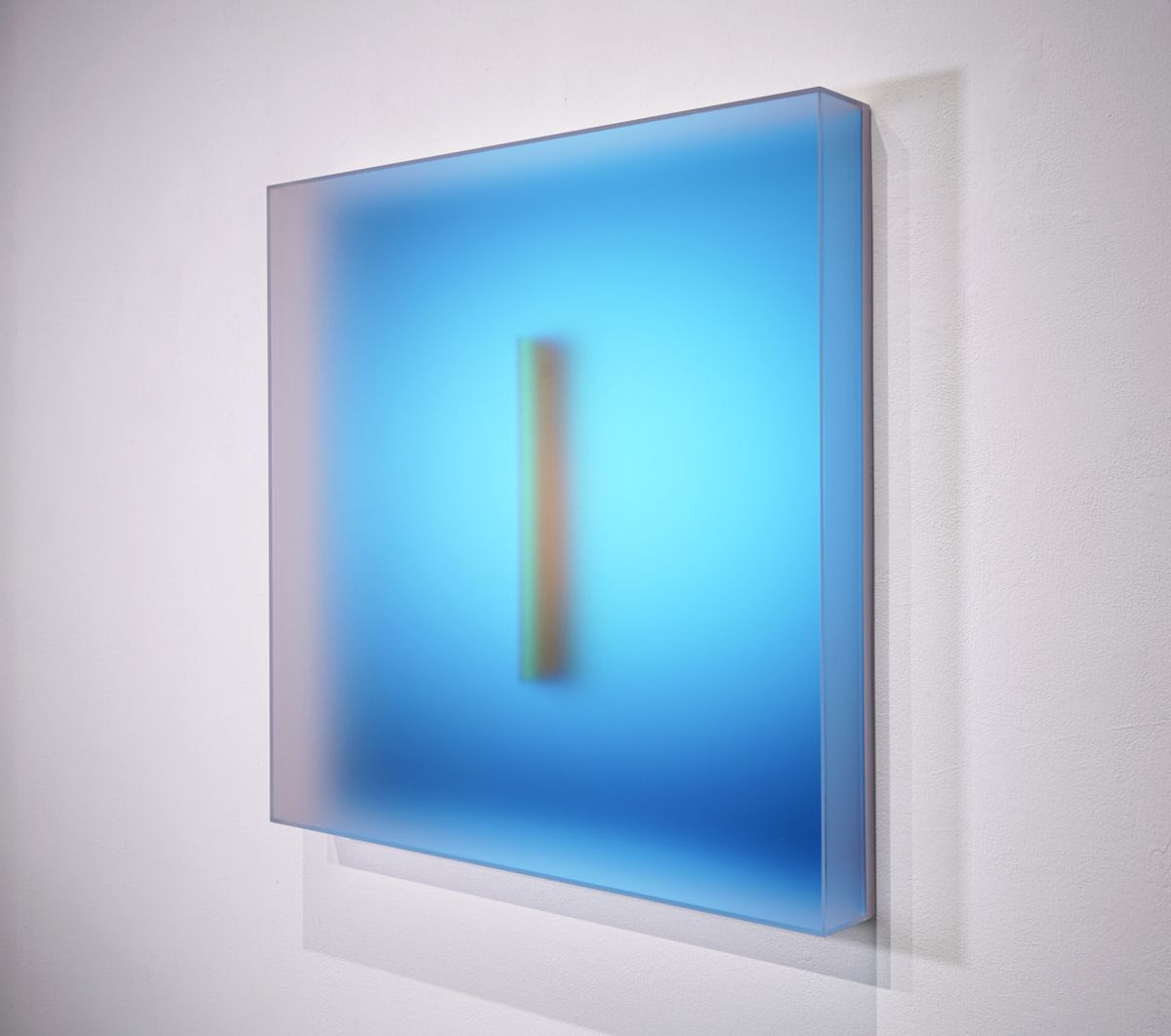 A contemporary disciple of the 1960s & 70s Light and Space generation, Brindle is intrigued by the phenomenological possibilities stimulated by color and light. Employing a variety of materials and styles, Brindle’s work engages the viewer in experiences that inspire both reflection and interaction, as one begins to explore the enigmatic spaces of perception.

Utilizing tools and techniques adopted from Southern California’s distinctive car culture, Brindle applies fine layers of airbrushed sprays to create atmospheric gradations of subtle depth. Brindle’s treatment of color and light as a material modality, draws the viewer deeper into the illusory depths of the canvas, anchoring our attention against the constant pull of time and distraction, so that we might pause and reflect.

While his work has clear ties to the materiality of the Finish Fetish and Light and Space movements, he synthesizes these sensibilities to create something entirely his own, captivating the viewer in expansive fields that have the power to elicit deeper emotional responses.

Born in Toronto in 1968, Brindle’s family relocated to Los Angeles in 1974, and he has called the city home ever since. Growing up surfing the beaches of LA’s coast undoubtedly made a profound impact on the artist. Brindle started painting as a teen and in his early twenties, he apprenticed for the pioneering Light and Space artist Eric Orr.

Casper Brindle’s work has been exhibited across the United States and internationally. This exhibition is the artist’s seventh solo exhibition with the gallery. His work is held in a number of prominent private and museum collections including the Frederick R. Weisman Art Foundation and the Morningside College Collection in Sioux City, IA.