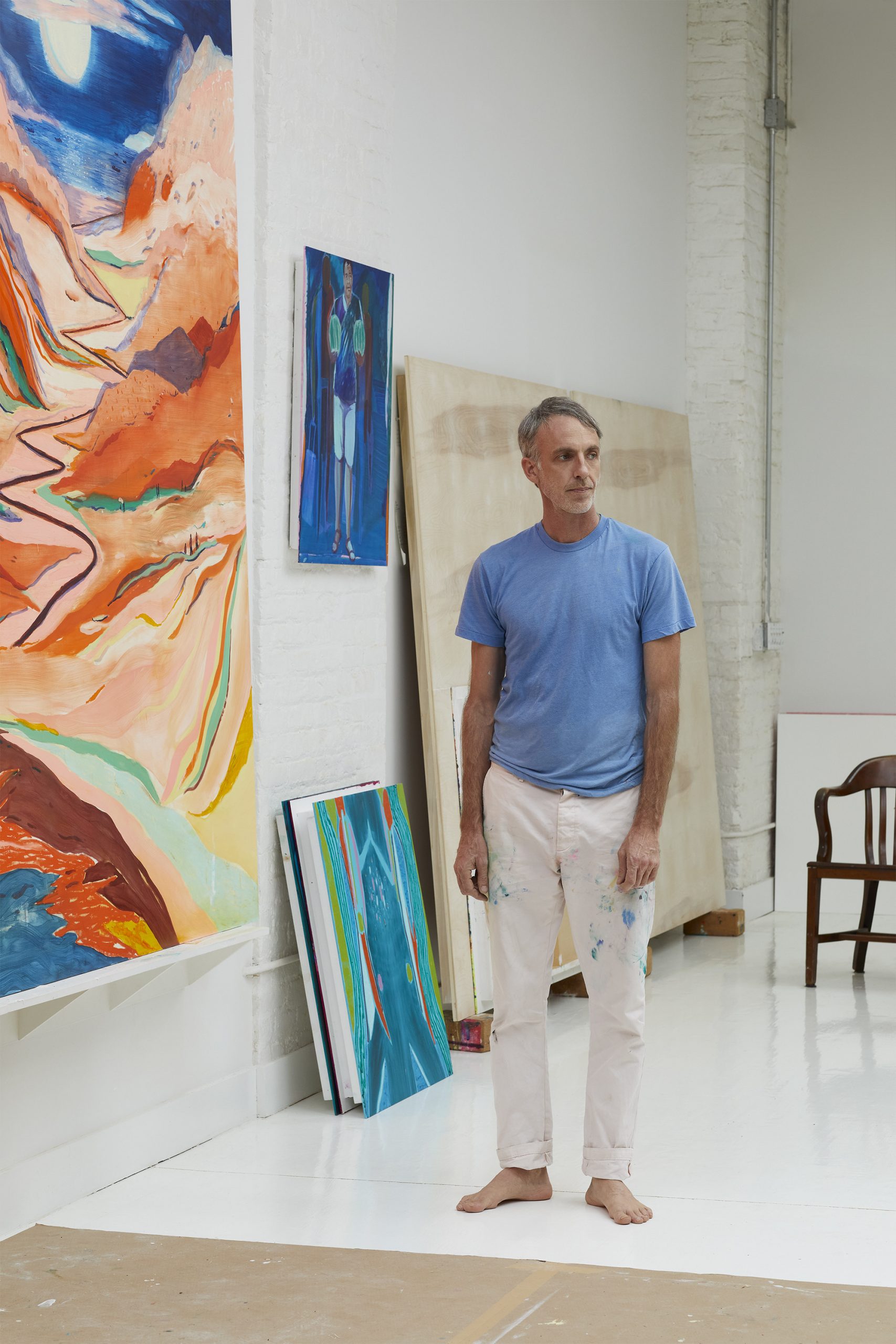 Pace Gallery has announcee the gallery’s representation of Jules de Balincourt in collaboration with Victoria Miro and Thaddaeus Ropac. Pace will debut de Balincourt’s painting New Arrivals at its East Hampton space in August, and the artist’s first solo exhibition with the gallery will take place in Hong Kong in March 2022.

de Balincourt is known internationally for colorful, radiant paintings that meditate on the social, political, and cultural dynamics of an increasingly globalized world. Shifting from a broader sociological view of borders, territories, and nation-states in his map paintings, the artist’s psychological landscapes bring us closer to humanity’s troubled relationships to natural and urban settings. Dissolving the boundaries between individuals and their environments reveals tensions created by privilege, geographic mobility, and labor. The artist’s social commentary is present even in the most luxuriant, fantastical settings that speak to urgent realities of contemporary life.

In New Arrivals, de Balincourt’s vision and memories of Southern California provide the backdrop for a subtle, dreamlike examination of the aftermath of an undisclosed event. In the moon-drenched pool—which serves as a reference to works by David Hockney and the Bay Area Figurative movement—workers, or perhaps new tenants, clean up the remains of a party, wildfire, or heavy storm. As in much of the artist’s work, the twilight setting functions as a symbol of the precarity of an imbalanced world. de Balincourt heightens the uncertainty of the moment with unsettling formal distortions, shifts in scale and perspective, and abstractions that have linked his approach to artists like Arthur Dove and Milton Avery as well as the traditions of Fauvism and German Expressionism. Underlying the artist’s paintings are poignant commentaries on systems of labor and power, political events, and popular culture that draw their impact from a restless, intuitive exploration of color, space, and form.

de Balincourt says, “People often associate a utopian/dystopian narrative with my work. I never had the intention of my work being about these dichotomies. I am more interested in the power painting has to place the viewer at a crossroads of ideological perspectives, which can allow the mind to travel in different directions.”

Throughout his career, de Balincourt has mounted acclaimed exhibitions at international venues. On the occasion of a 2013 solo show of the artist’s work at Victoria Miro in London, critic Adrian Searle wrote in The Guardian, “Every painting has its own atmosphere, its own timbre. There are all degrees of depiction, just as there are different flaws, fault lines and blind spots. Things that have been painted out grin through the layers, like the smile of the Cheshire cat.”

Marc Glimcher says, “Jules’s enigmatic oil paintings blur the line between abstraction and figuration to reflect the changing dynamics between humanity and our natural environment. Poetic and nostalgic, each work draws the viewer into a mythic landscape of their own. We’re very excited to be working alongside Victoria Miro, as well as Thaddaeus, who has been a close friend and collaborator for many years, to share Jules’s singular vision with our audiences in the US and Asia.”

Born in Paris in 1972, de Balincourt is currently based in Brooklyn, New York and Malpais, Costa Rica. The artist graduated from the California College of Arts and Crafts, San Francisco in 1998 and earned a Master of Fine Arts at Hunter College, New York in 2005. He later ran the Brooklyn–based community and events center Starr Space. In 2009, the artist’s work figured in the 10th Havana Biennial at the Museo Nacional de Bellas Artes.