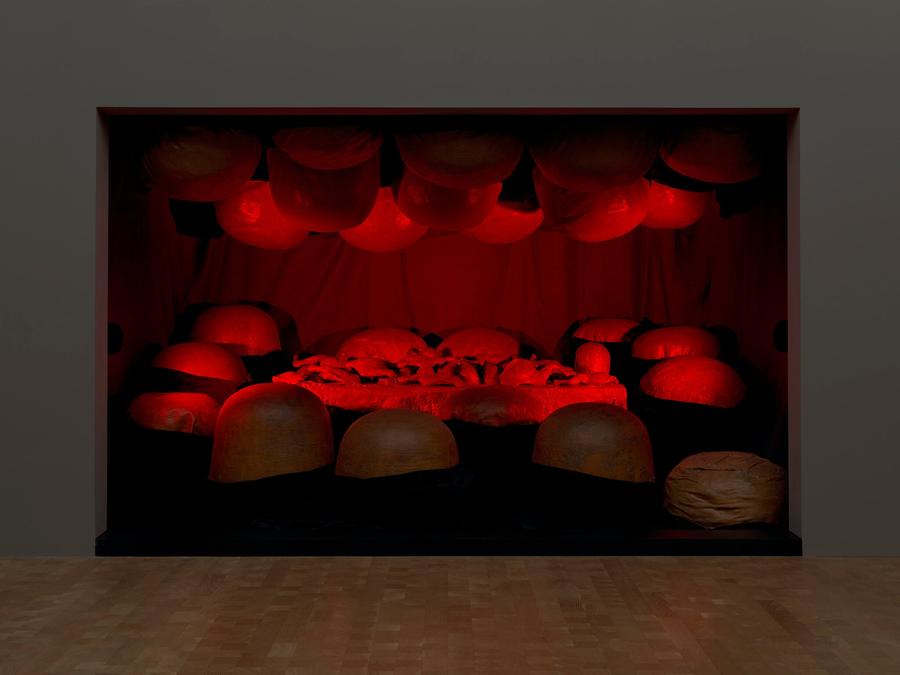 The Jewish Museum is showing Louise Bourgeois, Freud’s Daughter, an exhibition that explores Bourgeois’s art and writings in light of her complex and ambivalent relationship with Freudian psychoanalysis. Curated by Philip Larratt-Smith, the exhibition will showcase a focused selection of Bourgeois’s original psychoanalytic writings — many of them presented to the public for the first time — along with approximately 40 works from throughout her career, including the Personages of the late 1940s; the organic forms in plaster and latex of the 1960s; the pivotal installation The Destruction of the Father (1974); Passage Dangereux (1997), the largest of the artist’s Cell installations; and the fabric sculptures from the last 15 years of her life. The exhibition will be on view at the Jewish Museum through September 12, 2021.

Perhaps more than any other artist of the twentieth century, Louise Bourgeois (1911 – 2010) produced a body of work that consistently and profoundly engaged with psychoanalytic theory and practice. Bourgeois considered the act of making art a form of psychoanalysis and believed that through it she had direct access to the unconscious. She was in analysis with Dr. Henry Lowenfeld from 1952 to 1985, and read widely in psychoanalytic literature, including Freud, Melanie Klein, Karen Horney, Helene Deutsch, Wilhelm Reich, and R.D. Laing. While in treatment, Bourgeois produced an extensive written record of her analysis and its effects; these writings surfaced in two batches, in 2004 and 2010. Consisting of dream recordings, process notes, and other texts, they constitute a parallel body of work that not only sheds light on the artist’s methods and motivations but also represents an original contribution to the field of psychoanalysis, especially with respect to female sexuality, symbol formation, and the nature of the artist. The psychoanalytic writings form the basis for this exhibition, and its focus on the Oedipal deadlock as the traumatic kernel of Bourgeois’s creativity.