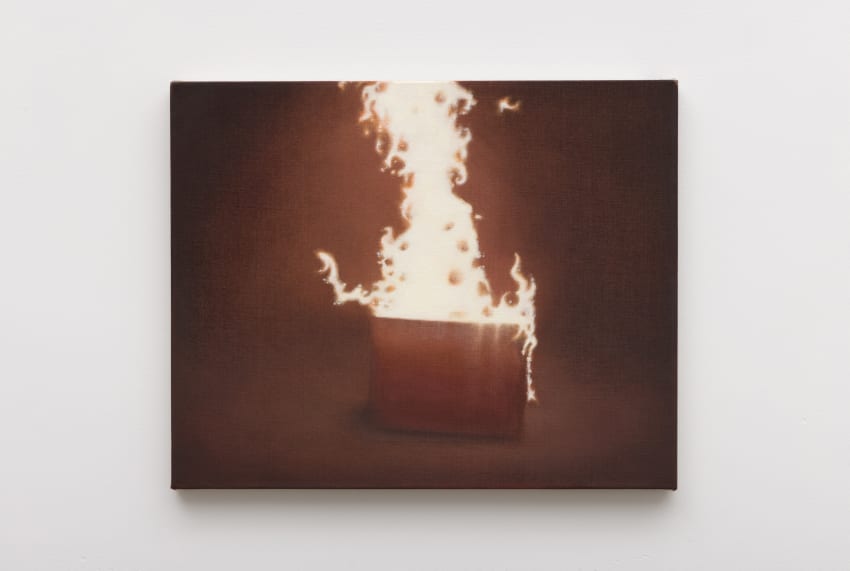 Dana Powell is a painter based in Winston-Salem, North Carolina who notices the little things — the shadows of a tree on a doorway, the light glistening on a pond, the shape of a hole punched in a wall. In her first solo Los Angeles exhibition, Drinking Dust, she presents sixteen small oil paintings on canvas that range in size from 6 x 8 to 16 x 20 inches. Powell’s paintings are minimal and intimate works that explore natural and man-made worlds. The scenes are sparse and the canvases delicately rendered— the coverage little more than washes of oil paint that acutely describe the subject while also allowing the texture of the linen to show through. 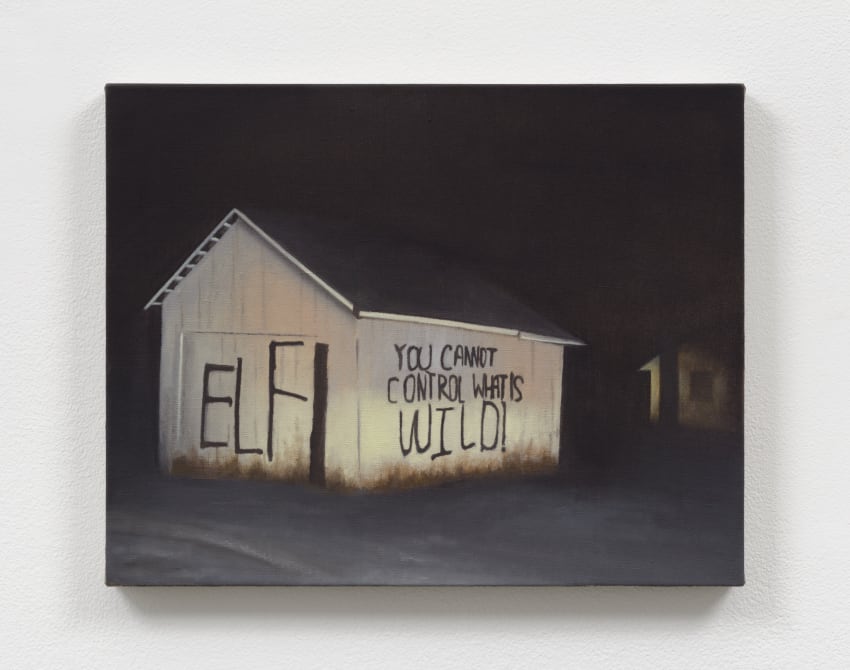 Powell gleans the exhibition’s title from a passage in Edward Abbey‘s Desert Solitaire, an iconic work of nature writing that reads: “My canteen is nearly empty and I’m afraid to drink what little water is left – there may never be any more. I’d like to cave in for a while, crawl under yonder cottonwood and die peacefully in the shade, drinking dust…”  A melancholic sentiment, similar in feeling to the passage in Abbey’s writings, pervades the exhibition. The paintings are quiet and devoid of people. Powell is sensitive to an implied aftermath, be it what happens after a bolt of lightning strikes on a distant horizon as in Rain & Lightning (all works 2021) or the repercussions of climate change as illustrated in Flooded— a painting of a water-filled road at night. 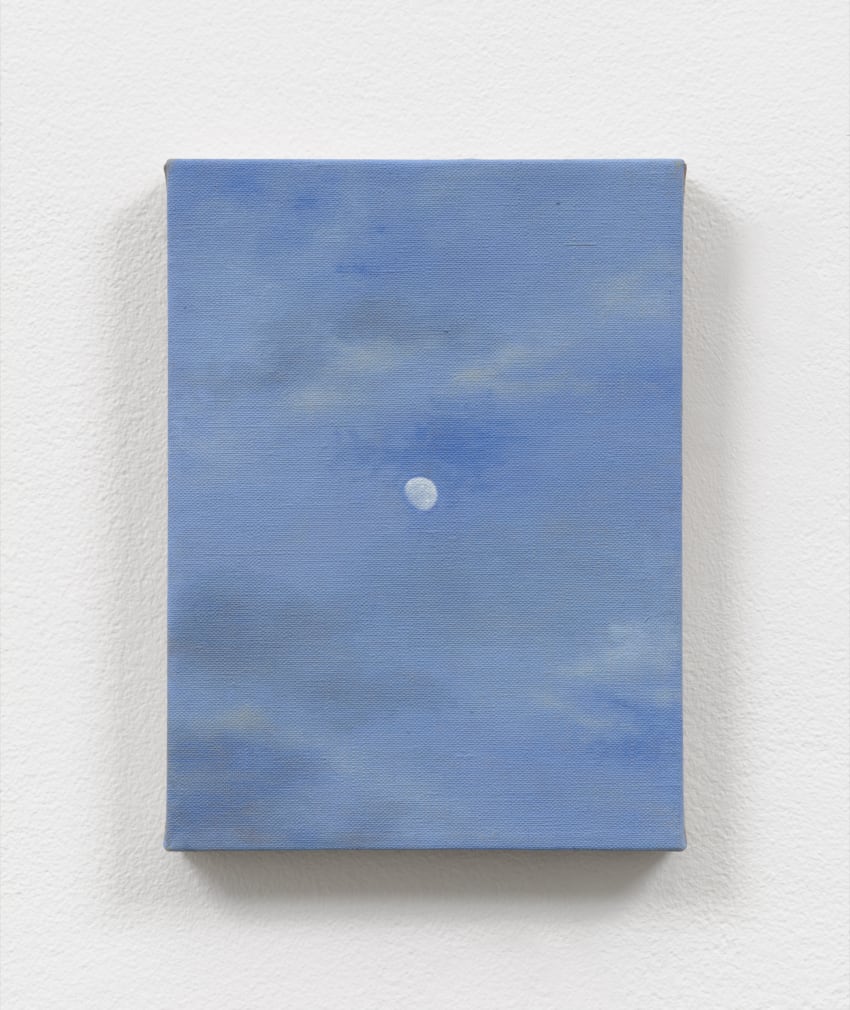 The abstract yellow-green swashes painted over a darker green ground in Pond, perfectly capture the pattern of light reflecting on the water. While in Pond, Powell crops the image to focus on this detail, in Yellow Door she renders a slightly blurred shadow of a tree silhouetted against a section of a musty yellow door equipped with two locks. Punch is a more aggressive painting. It depicts a white wall that has been punched leaving a hole with ragged edges. While the actual depth and what lies behind the hole is ambiguous, Powell beautifully presents the crumbled surface. Night Watch presents a different kind of ambiguity. It is a painting of a police car at night. Powell surrounds the vehicle in blacks and grays so it appears to be emerging from the unknown. 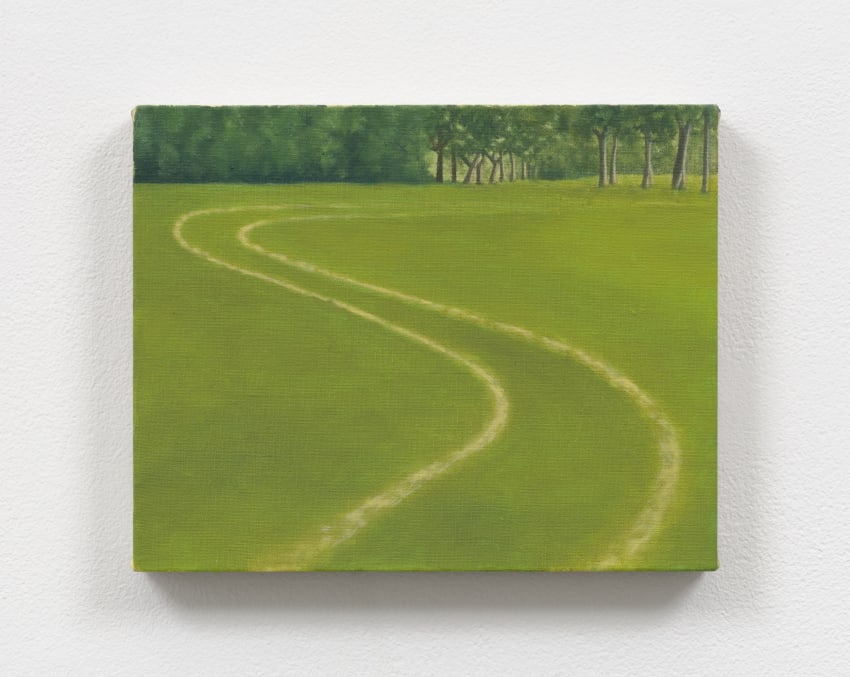 Powell delights in the wonders of nature — four leaf clovers, an image of the moon revealed among the clouds in the morning sky, the cracked surface of a frozen pond. She simultaneously examines the impact of man on the environment— the imprint of tire tracks on a green field, graffiti painted on the facade of a barn, as well as the faux tree that extends above and behind an industrial building in Tree Tower. Who has not noted the absurdity of tall cell towers shaped as trees that dot the landscape. 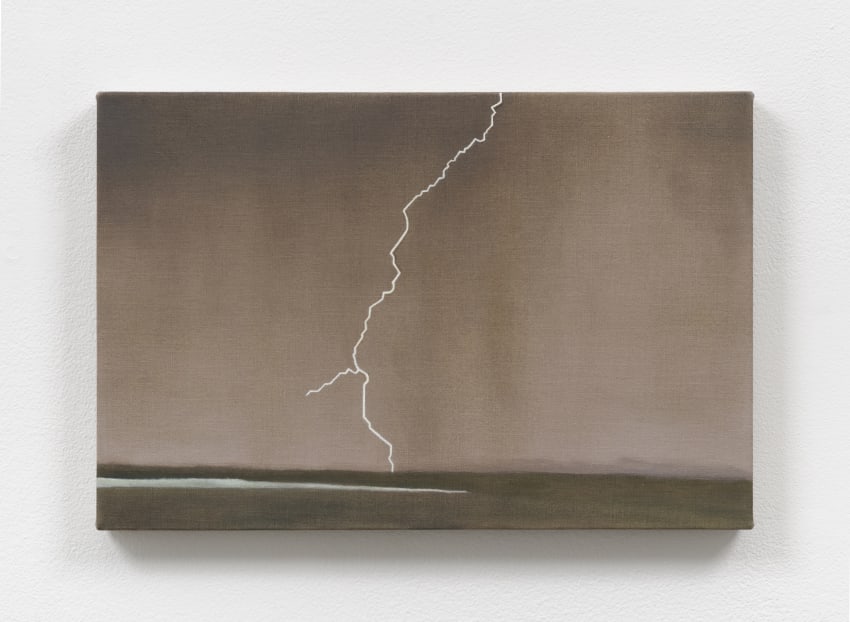 Powell’s small works demand close viewing. While at first glance they seem to depict banal and mundane scenes, Powell imbues these everyday moments and places with poetic feeling. The works are as much about what is evoked as what is rendered. Each painting is a point of departure for further meditation on the complex relationship between man and nature. 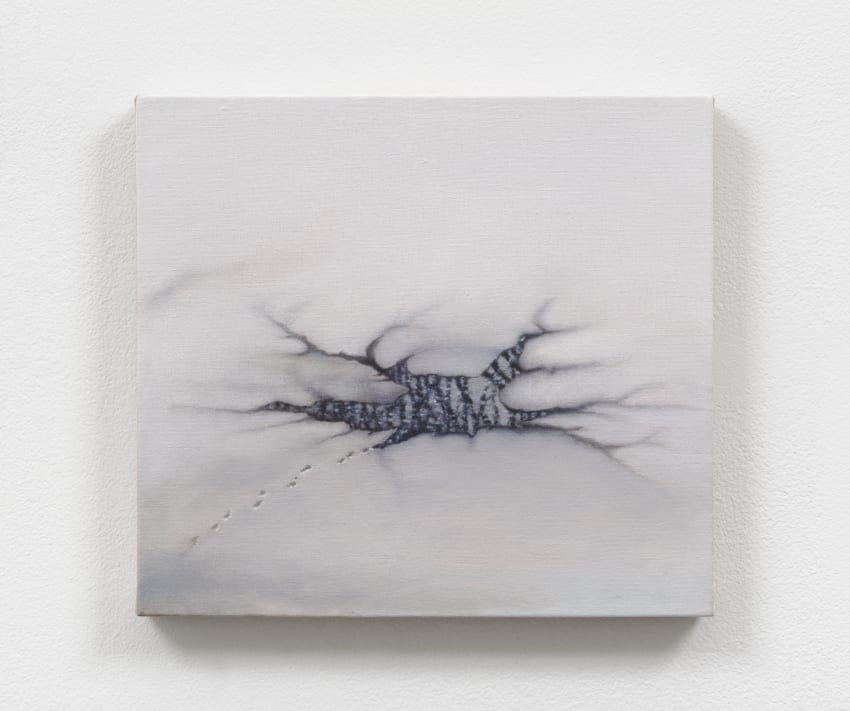