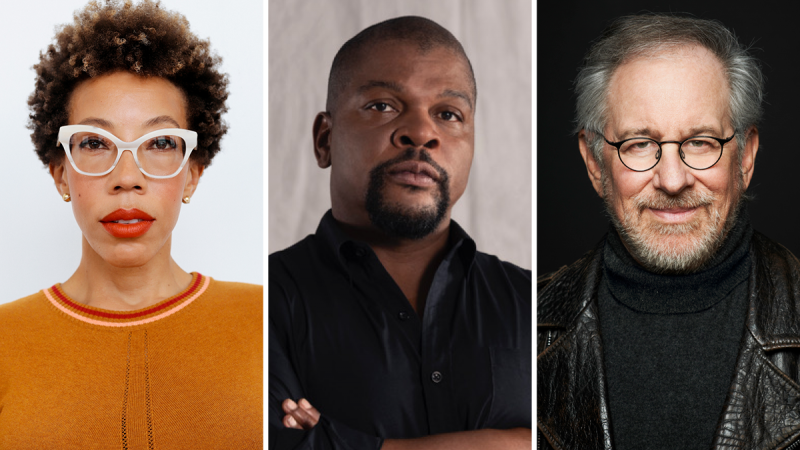 The Los Angeles County Museum of Art (LACMA) has announced the honorees of its 2021 Art+Film Gala. On Saturday, November 6, LACMA will honor Amy Sherald, Kehinde Wiley, and Steven Spielberg . LACMA trustee Eva Chow and actor Leonardo DiCaprio have championed the museum’s film initiatives since 2011, and they continue their efforts as the 2021 Art+Film Gala Co­ Chairs. On the occasion of its 100th Anniversary, Gucci continues its invaluable partnership with the museum as the presenting sponsor of the annual event. For the third year, additional support for the gala is provided by Audi.

From November 7, 2021 through January 2, 2022, Michelle LaVaughn Robinson Obama by Amy Sherald and Barack Obama by Kehinde Wiley will be on view at LACMA in the West Coast presentation of The Obama Portraits Tour, organized by the Smithsonian’s National Portrait Gallery. Black American Portraits, a complementary exhibition examining two centuries of Black portraiture drawn from LACMA’s permanent collection, will be on view November 7, 2021 – April 17, 2022.

“Art and film are both irreplaceable experiences through which we can better understand ourselves and others, and we are excited to once again bring the worlds of art and film together at this event,” said LACMA CEO and Wallis Annenberg Director Michael Govan. “It is a great privilege for LACMA to honor Amy Sherald and Kehinde Wiley as we welcome the public to the Los Angeles presentation of The Obama Portraits, along with Steven Spielberg, whose masterpieces of cinema continue to shape our culture.”

“The Art+Film Gala has been at the center of strengthening the dialogue between art and film in Los Angeles. For our 10th anniversary, we are thrilled to recognize the achievements of artists Amy Sherald and Kehinde Wiley, and filmmaker Steven Spielberg, three brilliant individuals who tell powerful stories through their work,” said Gala Co-Chair Eva Chow. “I am incredibly grateful to Gucci, our longtime partner, for supporting the Art+Film Gala for 10 years and expanding their generosity to support the LACMA presentation of The Obama Portraits and the accompanying exhibition Black American Portraits.”

Proceeds from the annual Art+Film Gala go toward underwriting LACMA’s initiative to make film more central to the museum’s curatorial programming, while also funding LACMA’s broader mission. This includes exhibitions, acquisitions, and educational programming that explore the intersection of art and film.

Amy Sherald (b. 1973, Columbus) documents contemporary African American experience in the United States through arresting, otherworldly figurative paintings. She reengages with the history of photography and portraiture to invite viewers to participate in a more complex debate about accepted notions of race and representation, and to situate Black heritage centrally in American art. Sherald is based in the greater New York (City) area.

Sherald received her MFA in painting from Maryland Institute College of Art and BA in painting from Clark-Atlanta University. In 2016, Sherald was the first woman and first African American to ever receive the grand prize in the Outwin Boochever Portrait Competition from the National Portrait Gallery in Washington D.C.; she also received the 2017 Anonymous Was A Woman award; and the 2019 Smithsonian Ingenuity Award; and she received an honorary doctorate from Maryland Institute College of Art in 2021. Sherald’s work is held in public collections such as the Crystal Bridges Museum of American Art, Bentonville, AR; the Museum of Contemporary Art, Los Angeles, CA; the Baltimore Museum of Art, Baltimore, MD; Embassy of the United States, Dakar, Senegal; Smithsonian National Museum of African American History and Culture, Washington, DC; Smithsonian’s National Portrait Gallery, Washington, DC; and Nasher Museum of Art, Durham, NC.