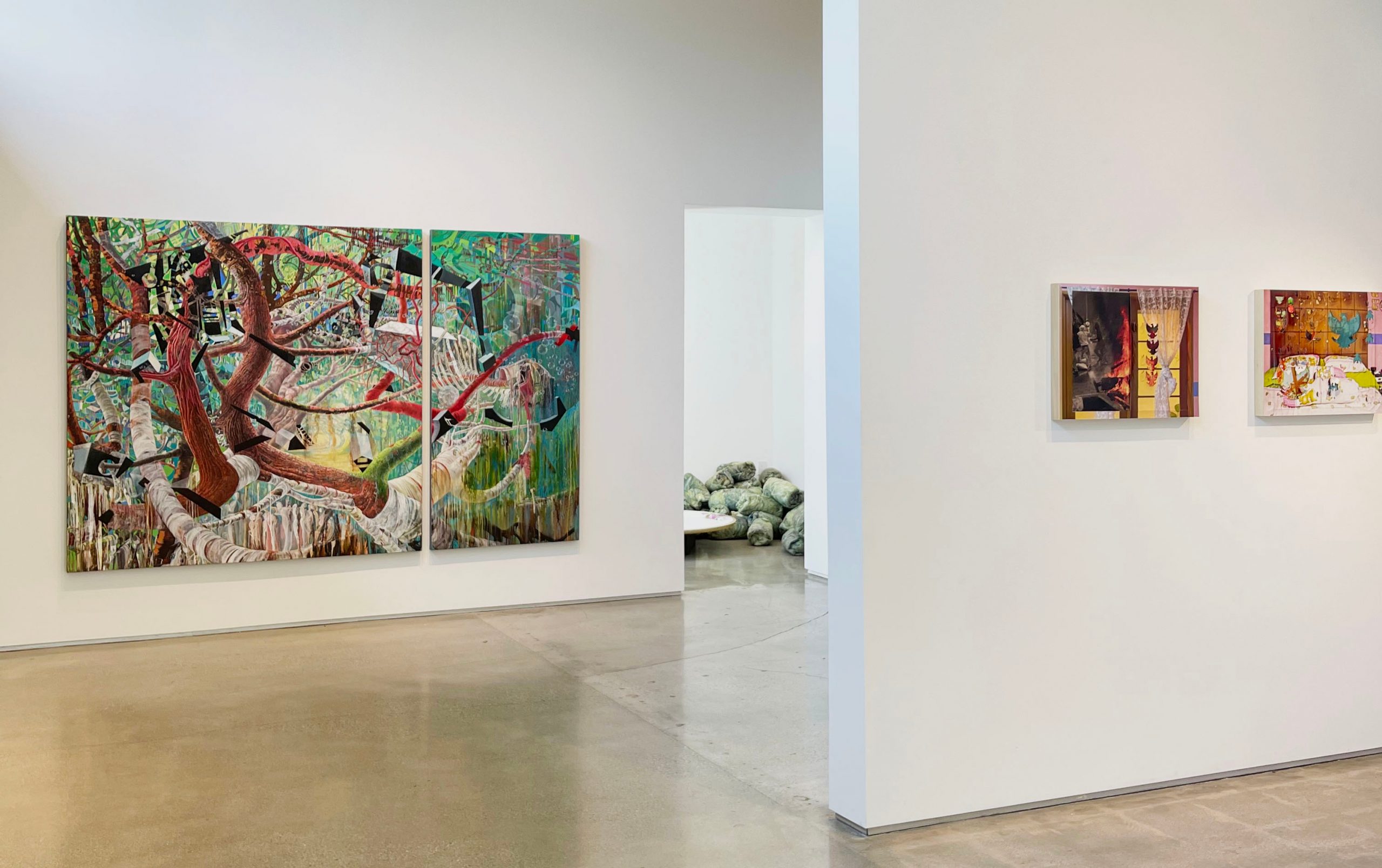 Crossroads, Crossing, and Convergence at Tufenkian Fine Arts is a group exhibition featuring a selection of first-generation immigrant female artists. The exhibition will run from Wednesday, July 21st and will be on view through Saturday, August 21st.

The exhibition uses the word crossroads as a unifying principle – the artists, though varied in their approaches, are united under a shared identity of multiple cultural experiences. In a world filled with variety of unfamiliar thoughts, practices, racial, economic, social, and political divides; these artists are connected by a common thread of acceptance and tolerance which female immigrants have faced around the globe. The nine featured artists in the exhibition are women of diverse backgrounds making history, while ensuring that the vital pulse of LA’s art scene continues to beat in an ever-changing society between the Crossroads Crossing and Convergence.

For years, Andrea Aragon has employed Los Angeles’s distinct urban landscape, an environment saturated with graffiti and street vendors which is so familiar to native Angelinos like the artist herself, to stimulate her artistic practice. The artist aims to emulate the aura of her subject matter, using an impregnation of hues, shapes, and disorder in order to emphasize the rawness in each of her pieces.

Fatemeh Burnes is a pictorial, conceptual artist, as well as an artist-activist. Her current body of work has taken an autobiographical turn in the context of her experience as an immigrant and as a woman. Burnes is preoccupied with the nature around us and within us and the history we have made and that we make, a history defined not by time but by energy — as is nature, and as is art. She makes art not just to produce objects, but also to explore phenomena, whether they occur in the world or in her dreams, as thoughts in her mind or as rocks on the ground.

Born and raised in Angola before migrating to California over twenty years ago, Nzuji De Magalhaes synthesizes both Angolan and American art forms to convey issues of stereotypes, myths, ethnicity, and politics. De Magalhaes utilizes a variety of artistic mediums – sand, beads, yarn, and glitter – to capture traditional Angolan art forms while serving as commentary on the ravaging effects of tourism and unfettered capitalism from foreign escapists which contribute to her country’s domestic turmoil.

Gudrun Gotschke’s photographs are, like all photographs, still and stationary, yet they evoke movement and change. Gudrun was always deeply affected by her environment and her surroundings. The photographs in this exhibition similarly are in a relationship with each other, subtly and powerfully affecting each others’ moods and shifting the understanding of the moments captured within their frames.

Working across several media, including film, video, neon light, installation art, and photography, Miriam Kruishoop seeks to capture the disparity and the deliberate suppression of minorities in our society by way of police brutality and institutional racism. The selected works come from Kruishoop’s LIVING IN AMERICA series in which highly charged portraits act as an instrument for navigating the complexities of the black experience in America.

Lilli Muller’s current work focuses on new labor-intensive, multi-media, interactive performance projects both locally and internationally that address global issues and the state of humanity worldwide. Her inspirations are drawn from the colors of life, human experiences, and the puzzle pieces of emotional states of mind, weaving like a red thread through layering visuals, hidden messages and symbols, assuming obvious perceptions and surprise reveals.

She Loves Collective is a collection of female artists who share a strong belief in the power of creating social change by testing our conceptions of artistic medium, expression, and practice. The group aims to inspire and awaken the inner creative in us all and to promote love in all its myriad manifestations.

The Los Angeles-based artist Mei Xian Qiu was born to a third-generation Chinese family in the town of Pekalongan, on the island of Java, Indonesia, whereas a child she was subject to cyclical violence and prejudice. Harnessing her upbringing and cultural heritage as inspiration for her unique visual language, Xian Qiu juxtaposes assumptions about ethnicity and customs with Pan-Asian, Chinese, and Western motifs in photographs which are designed to appear candid.

Tufenkian Fine Arts, a gallery located in Glendale, California. The exhibition will run from Wednesday, July 21st and will be on view through Saturday, August 21st.