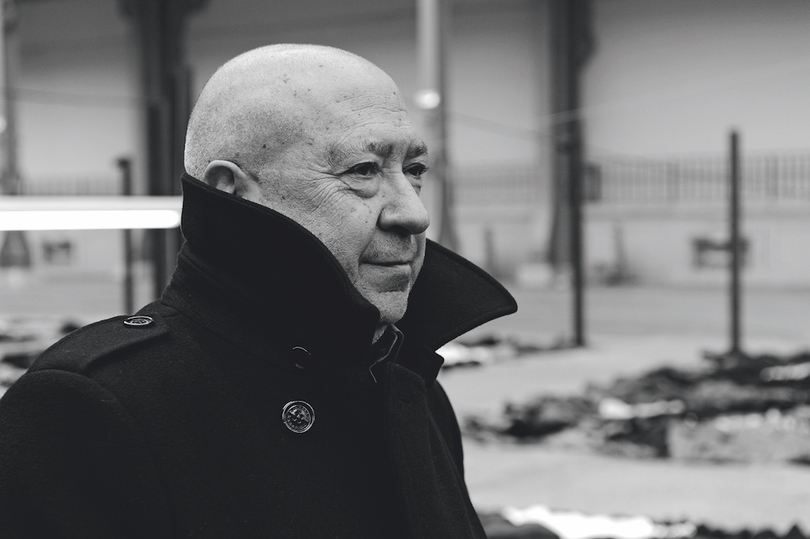 Renowned French conceptual artist Christian Boltanski has died in his hometown of Paris at the age of seventy-six. Marian Goodman Gallery, which has represented the artist since 1987, announced the news. A master in the fields of sculpture, painting, photography, and filmmaking, he was perhaps best known for his trovelike works featuring multiple personal found objects belonging to anonymous owners, and for his photographic installations, with both categories of work evoking at once absence and presence, loss and memory, the mundanity of everyday life and the unknowable mystery of death.

Boltanski was born in Paris in 1944, to a Christian mother of Corsican descent and a Jewish father who had emigrated from Ukraine. During World War II, Boltanski’s father was forced to live under the floorboards of the family’s apartment for a year and a half in order to avoid deportation. The artist would later cite his knowledge of this, as well as his own experiences growing up Jewish in postwar Paris, as having a profound impact on his work, which often took as its theme the tremendous depredations to which Jews in Europe were subjected during World War II.

At the age of twelve, Boltanski began fabricating sculptures from plasticine and creating large-format figurative paintings centering around macabre themes. Though his earliest works, including short experimental films, directly referenced his childhood and often featured idealized families in fantastical settings, the artist in the 1960s began to develop what he described as a “personal ethnology,” one influenced by anthropologist and ethnologist Claude Lévi-Strauss and by curator and art historian Harald Szeemann. Largely abandoning photography in favor of photography and sculpture, Boltanski mounted his first solo exhibition in 1968, at Paris’s Théâtre le Ranelagh, and the following year published his first books, Recherche et présensation de tout ce qui reste de mon enfance, 1944–1950 (Research and Presentation of All That Remains of My Childhood, 1944–1950) and Reconstitution d’un accident qui ne m’est pas encore arrivé et où j’ai trouvé la mort (Reconstitution of an Accident Which Has Not Yet Happened and Where I Found Death).

Boltanski exhibited widely throughout the 1970s. Beginning in the 1980s, he began making altar-like works incorporating boxes he had constructed as well as light and photographs of Jewish schoolchildren taken in the early 1930s, often framing or otherwise manipulating these. American installation artist Jim Hodges described to Artforum in 2013 the experience of installing one of these works as an art handler in 1986.

“To install the boxes on the wall, I had to open them up so I could insert a hanging device. Inside the boxes, I found photographs that no one else could see but me. It felt as if I was in contact with the artist through this gesture; he had embedded something into the content of the work that was a kind of secret, reserved for people who would handle the piece in the most intimate of ways. I found that to be quite profound. I was able to read the work by divining meaning through the manipulation of its material.”

In 2009, he notably “sold his life” to Australian gambler and art collector David Walsh, who agreed to pay for the film The Life of C.B., in installments, which would cease upon the artist’s death. The earlier Boltanski died, the less Walsh would have to pay. The film is streamed live to a cave in Tasmania’s Museum of Old and New Art, which Walsh owns. Later works, such as his 2017–18 installation for Amsterdam’s Oude Kerk (Old Church), titled After, focused on death and the perception of what comes after.

“I think that we are always telling the same story and that we end up making the same work, more or less,” Boltanski noted in February of this year. “Someone once explained to me that in Shinto shrines, in sanctuaries, there are a series of passages from one room to another, and in the last room is a mirror, which means that in the end, what do we see? We only see ourselves. So, for me, an exhibition is always a bit like this, it is a place situated at the margin of life, each of us sees what he/she wants to see. If a child comes by and says, ‘How joyful it all is,’” he said, “I am absolutely delighted.”