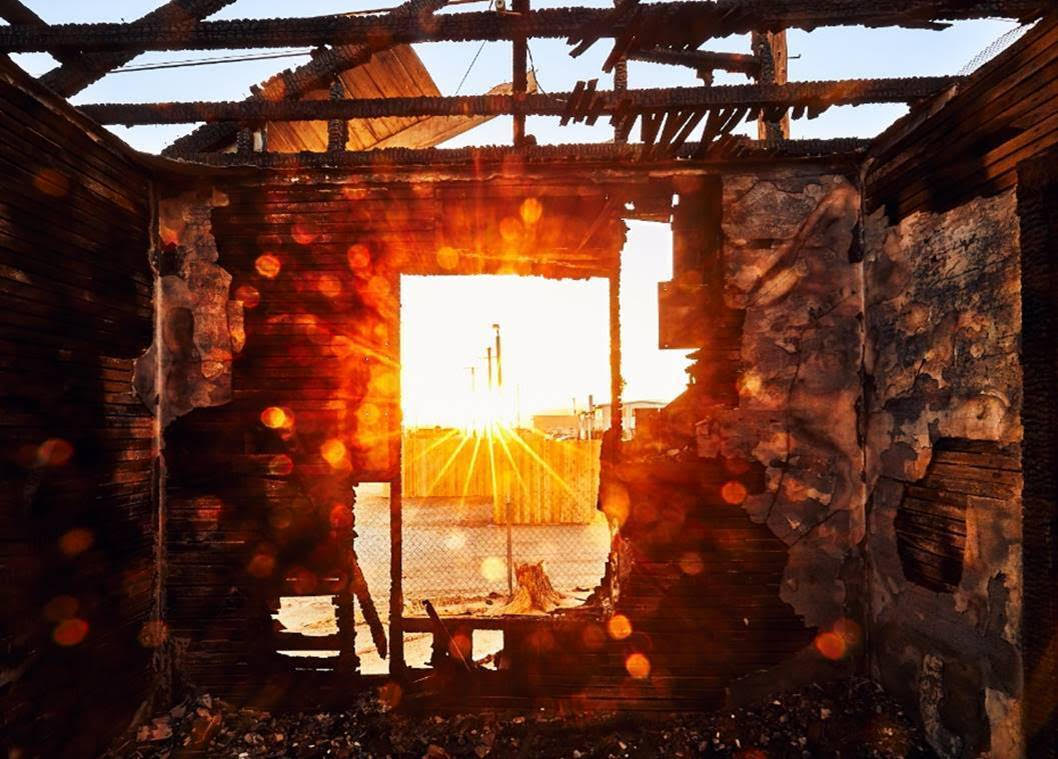 “If These Walls Could Talk,” featuring selections from photographer Osceola Refetoff’s award-winning windows series “It’s a Mess Without You,” opens at Von Lintel Gallery on Saturday, July 10 with an artist reception from 12:00-6:00PM. The location is at Von Lintel’s new space in Bergamot Station (2525 Michigan Avenue, Unit A7, Santa Monica, CA 90404).

Gallery founder and director Tarrah Von Lintel says, “In a nod to the last year and a half, when most of us spent more time indoors, looking out through windows, dreaming of a different reality, we are proud to present some favorites from Osceola Refetoff’s acclaimed Window Series It’s a Mess Without You. Captured from within derelict structures in the California desert, these carefully framed vistas are akin to visual short stories. These desert communities came and left, leaving behind remnants and dreams which Refetoff interprets for us with his discerning viewfinder.”

Refetoff says of the individual work “It’s A Mess Without You, “As a documentary photographer, I can only bear witness to the aftermath of such events, wondering like you, who may have spray-painted the note, in what circumstance, and for what intended audience. Whatever the author’s intention, this image has caught the imagination of a wide range of people on a personal level, leading to rampant, engaging speculation as to the full story.”

In summer 2020, the entire portfolio of images comprising “It’s a Mess Without You” was named the OpenWalls Arles 2020 Outstanding Series Award Winner, an international award.

In a 2020 article for the British Journal of Photography, Flossie Skelton writes, “At once dreamlike and hyper-realistic, fragile and formidable, It’s a Mess Without You sees crisp blue skies engulf abandoned alfalfa farms. Jagged mountain tops peek through long-decayed window frames as bright orange sunlight pours over remnants of lives left behind. Partially inspired by Edward Hopper, the project finds new meaning in the age of isolation, when the window has been rendered our foremost way of experiencing the world — a shared symbol of a global crisis. Here, the window is employed not only as an architectural subject, but a narrative device to frame the stories of millennia-old lands, and the tenuous marks we inflict upon them in our wake.”

Overall Refetoff’s body of work exists within traditional means – landscape, portraiture, editorial – and images are variously produced using film, digital, infrared, and pinhole exposures, according to what best expresses the character of his subjects. His process generally happens “in camera,” at the moment of capture. Thus, despite his documentarian impulses and the fact that his images deliberately depict quite ordinary, sometimes mundane subjects, he trains on them a hyper-realistic and nuanced vision, often yielding surreal, even dreamlike images.