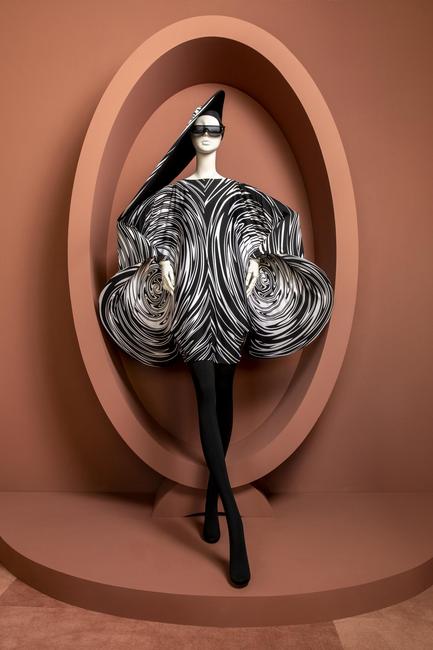 The Savannah College of Art and Design has announced the re-opening of SCAD Lacoste, an imaginative center for the study of art and design sited in the beautifully preserved medieval village of Lacoste in the Provence region of France. In2002, SCAD acquired the site and meticulously revitalized more than 30 historic structures. This summer, SCAD will host dynamic activations throughout SCAD Lacoste, inspiring students, alumni, and visitors to the region. On Monday, June 28, the exhibition Notre Ami, Pierre Cardin, the university’s latest ode and homage to the indomitable designer, opens to the public, with a preview reception Saturday, June 26, 6–8 p.m. The exhibition features exceptional garments and two films produced by the university — including I Am Thinking of Pierre Cardin, awarded Best Fashion Documentary at the London Film Festival — celebrating Cardin’s remarkable life story. The exhibition is set in an installation reminiscent of Cardin’s famous Palais Bulles, his dream residence near Cannes and a future-forward architectural marvel that rivaled his greatest fashion creations.

Notre Ami, Pierre Cardin highlights the designer’s long and treasured friendship with the university that began with the establishment of SCAD Lacoste in the historic village, which Cardin, a longtime resident, knew would serve as an endless source of inspiration for young artists. For nearly two decades, Cardin embraced the role of mentor, engaging hundreds of SCAD students across the university’s top-ranked degree programs — from fashion to architecture and beyond. In 2008, the university honored Cardin with the SCAD Étoile for his contributions to the fields of fashion and design as well as his role in the historic restoration and cultural life of Lacoste. In 2018, the university’s SCAD FASH Museum of Fashion + Film in Atlanta originated the exhibition Pierre Cardin: Pursuit of the Future, a major retrospective presented in partnership with the Pierre Cardin Museum in Paris that included iconic looks from the 1950s held in the SCAD Permanent Collection.

“This long-awaited event—at the end of several months of lockdown — will put the emphasis on the futurist aesthetic of the great designer, and the choice of models on display underscores Cardin’s taste for experimentation and his contribution to fashion today,” says Jean-Pascal Hesse, Director of Communication for the Pierre Cardin brand.