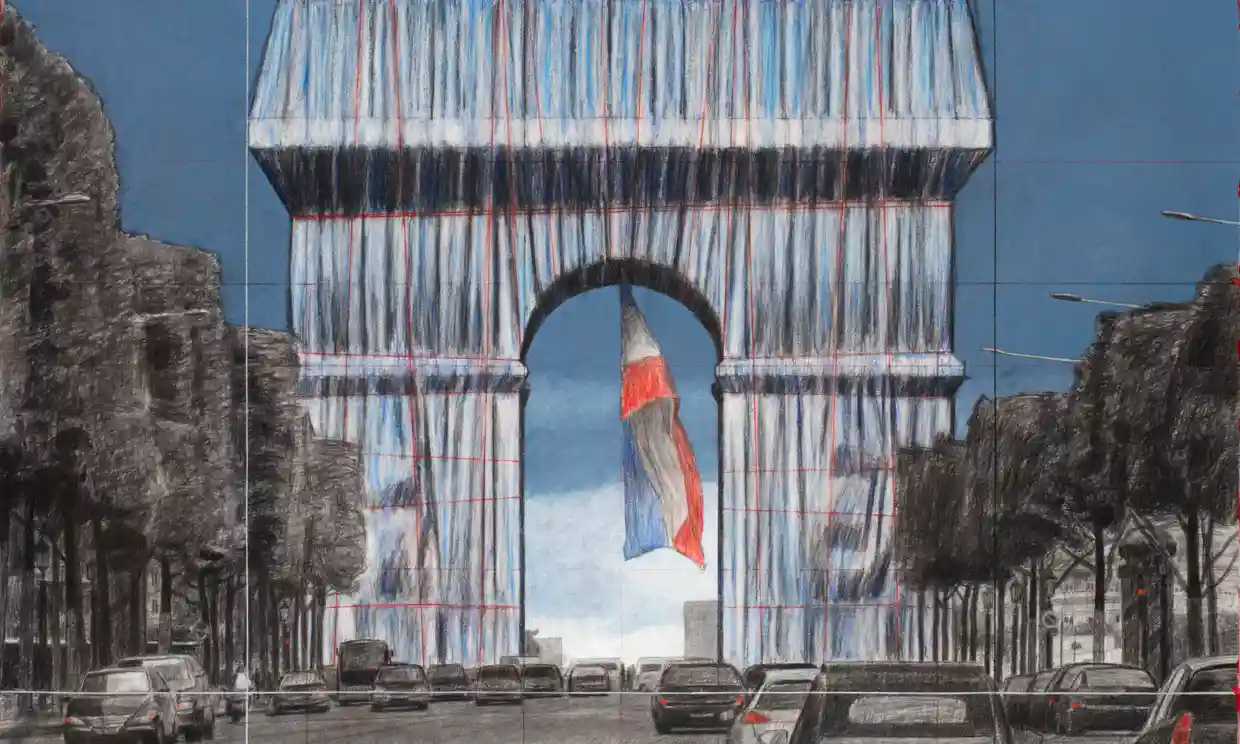 L’Arc de Triomphe, Wrapped (Project for Paris, Place de l’Étoile-Charles de Gaulle), a temporary work of art, will be on view for 16 days, from Saturday, September 18 to Sunday, October 3, 2021. Per Christo’s request, the project will be completed by his team in partnership with the Centre des Monuments Nationaux (CMN), the government institution that manages the Arc de Triomphe.

The project is being entirely funded by the Estate of Christo V. Javacheff through the sale of Christo’s original artworks, including preparatory studies, collages, drawings as well as scale models, works from the 1950s and 1960s and lithographs. Like all of Christo and Jeanne- Claude’s projects, it will receive no public funds or sponsorships.

In 1961, three years after they met in Paris, Christo and Jeanne-Claude began creating works of art in public spaces. In 1962 and 1963, Christo created a photomontage with the Arc de Triomphe wrapped, seen from Foch Avenue, and again featured the Arc de Triomphe wrapped in a collage in 1988. He began actively developing this project in 2017, and now almost 60 years later, it will finally be realized.

“It will be like a living object who will move in the wind and reflect the light. With its moving folds, the monument’s surface will become sensual. People will want to touch the Arc de Triomphe” Christo.

The project was submitted to the Centre des Monuments Nationaux by the Centre Pompidou which organized the exhibition Christo and Jeanne-Claude. Paris! in 2020. It is supported by the City of Paris.

The Centre des Monuments Nationaux is pleased about the realization of a project that demonstrates its commitment to contemporary creation and that honors one of the most emblematic monuments in Paris and in France. The monument and its terrace will stay accessible to the public during the entire duration of the project.